Piracy May Be An Indie Filmmaker's Best Friend: Discuss. 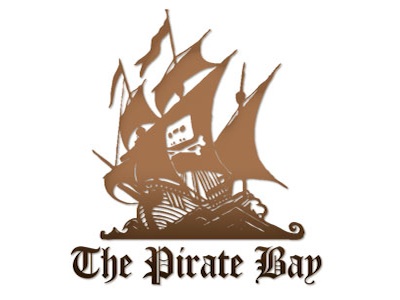 Piracy might be a filmmaker’s best friend. Or at least not the worst enemy.

Despite the conventional wisdom that BitTorrent websites and illegal downloading are destroying the fabric of entertainment industries, a number of advocates and activists believe that piracy can help independent filmmakers as both a distribution mechanism and promotional tool.

Revenue generation may be another matter, but as “Ink” producer Kiowa Winans says, “The torrent community spread the film everywhere and helped build an audience more effectively than any decent-budget ad campaign could have.”

In 2009, Winans’s sci-fi indie “Ink” was illegally downloaded more than 100,000 times via torrent sites like The Pirate Bay—where it was the number-one pirated film for a time—before its official release on the likes of iTunes, Amazon, Netflix and Blockbuster.

“Ink” became a brief cause celebre for its ability to find a niche audience online, albeit it one that didn’t pay for the film.

“We were self-releasing the film and had absolutely no money for advertising,” says Winans. “When ‘Ink’ was torrented, we immediately saw it as a positive because we knew that our biggest battle was keeping the film out of obscurity.”

For British filmmaker and entrepreneur Jamie King, director of “Steal This Film” and “Steal This Film 2” and the founder of the free-to-share movie download site VODO, it’s filmmakers “who don’t have access to the traditional modes of distribution and monetization” that can potentially benefit from piracy.

“There wouldn’t have been a route to the market for a film like that,” he says of “Steal This Film.” The documentary has been downloaded millions of times because of a distribution arrangement made with The Pirate Bay.

“Even for a film that could be distributed through a small indie distributor, there are plenty of those who are not going to make a cent,” he says. “The reality can be pretty grim. So for all those filmmakers, the main question would be: How does this way of getting an audience compare with other ways?”

King acknowledges that bigger specialized and Hollywood films may be losing business because of unauthorized downloading.

For instance, according to TorrentFreak, which posts a weekly chart of the top 10 most downloaded movies on BitTorrent, “Drive” and “Tree of Life” have been particularly hot titles, which potentially could have eaten into their theatrical and DVD sales.

However, some advocates say Hollywood is missing an opportunity. In a recent interview, Pirate Bay’s Fredrik Neij suggested that the movie and music industries should set up their own torrent sites and monetize it through advertisements. “We would be out of business,” he said.

But for indies who aren’t making much anyway, is there really a significant monetary difference between a pirated release that nets the filmmaker a few thousand dollars in donations and a $25,000 minimum guarantee from IFC Films?

New School professor Vladan Nikolic and the writer-director-producer of the futuristic indie thriller “Zenith” says piracy should be considered just one more element in a hybrid distribution strategy, along with the theatrical release, cable, VOD, DVD and legal download sites like iTunes.

“Viewers don’t overlap that much,” he says. “Those who watch iTunes and cable don’t use BitTorrents.” And “once the film is available on iTunes, it will be pirated anyways, so we wanted to use this to our advantage rather than to our detriment.”

Nikolic posted the film to King’s VODO site, where it’s been downloaded an impressive 1.5 million times. He’s received only around $10,000 in donations.

However, he adds, “even the paltry sum the film made on VODO is more than what it would make without having us having a hand in the BitTorrents.”

Still, Nikolic admits that few downloaders will actually pay for content. “I think no,” he says. “If you put a price on the download, they’ll go somewhere else.”

Nikolic and others believe that the torrents are best used for publicity instead of sales. “For now, this can be a viable method to gain attention and increase visibility for a film, but has to be combined with other avenues for revenue,” he says.

Winans agrees. He estimates that only 1%-2% of downloaders went on to purchase the film or donate money.

“Our sales unquestionably went up as a result of the torrenting, but we by no means got rich,” he says.

“At the same time, we’ve had a number of fans donate as much as $100 which blows my mind,” he continues. “We also have to keep in mind a huge percentage of the fans that have torrented ‘Ink’ are actually in other countries where streaming services like Netflix and Hulu aren’t available.”

Indeed, judging from comments on the “Ink” website, consumers say they would never have found the film without the torrents.

One poster, Andrée Kathryn Thynne, wrote, “I would never have even known about this film let alone seen it had it not been for my brother downloading it. I live in Australia and it’s a real struggle for us to get the majority of stuff that the US and Europe are exposed to.

Another, Olly Minnis agreed. “Its [sic] the only way that have been able to see this film – i’m in New Zealand. A lot of Downloaders are movie geeks! – We’ll get behind this movie.”

It’s been two years since “Ink’s” release and Winans says only now have they begun to turn a profit. If “Ink” had gone with a conventional distributor, there might have been more gross revenue, admits Winans, but he wonders, “would we see any of that money?”

Currently in development on a new sci-fi-fantasy project, Winans says they’re not sure how they’ll take the film out.

“But everything will certainly be on the table,” he says. “More than anything I think we’ve learned the value of a passionate fan base, no matter how they find us.

“Had it not been for a really supportive community that carried ‘Ink’ for us, it certainly could have disappeared into obscurity. So our attitude going forward is to work hard to make our films available to our fans quickly and easily, because in a social networking world they’re our greatest asset.”