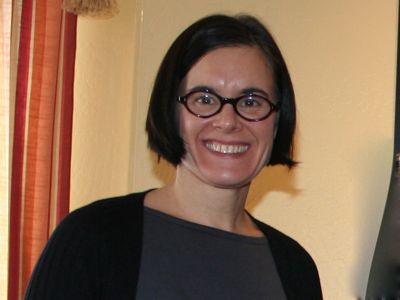 Eaton replaces Brooks Addicott who departed over the summer.

Previously, Eaton served as SVP of Communications for Sundance Channel where she worked from 1999 to 2011. Since leaving Sundance Channel last Spring, she has worked as a freenlance public relations consultants on films as well as fests, including the New York Film Festival, Cinema Arts Festival Houston and the Provincetown International Film Festival.

Sundance Institute today announced the appointment of Sarah Eaton to Director of Media Relations. Eaton will oversee media relations for all programs of the non-profit Institute, including the annual Sundance Film Festival. She will begin November 14, reporting to Director of External Relations Jennifer Arceneaux.

Eaton was previously Senior Vice President of Communications for Sundance Channel, where she worked from 1999 through 2011. At Sundance Channel she created, executed and managed network communications strategy and media and public relations activities across all business initiatives. She served as strategist on all communications matters for Sundance Channel and developed and executed Awards campaign strategy. Since spring of 2011 Eaton has been a freelance public relations consultant on films and to organizations including the New York Film Festival, Cinema Arts Festival Houston and the Provincetown International Film Festival.

Prior to joining Sundance Channel, Eaton was Vice President of Public Relations for October Films, leading a bi-coastal team responsible for all media and public relations activities for the specialized theatrical film distributor. There, she executed campaigns for films including Robert Altman’s Cookie’s Fortune, Mike Leigh’s Career Girls and Topsy Turvy¸ Robert Duvall’s Oscar-nominated The Apostle, and Oscar-winning documentary The Last Days by James Moll. She was previously Executive Director of Field Publicity for Fine Line Features, where she developed and executed all field publicity and promotional efforts.

At Sundance Institute, Eaton will raise awareness of the year-round work of the Institute. Her role will include developing, integrating and implementing components of the Institute’s strategic communications plan and coordinating efforts with Development and Marketing to support fundraising activities, sponsorship programs, advertising and earned income efforts.

Eaton will oversee day-to-day operations of the Institute’s media relations department, including Los Angeles-based Media Relations Manager Casey De La Rosa and Park City, Utah-based Media Relations Manager Elizabeth Latenser. De La Rosa supports the development and execution of national and international media relations and manages a team of seasonal publicists for the Festival. Latenser serves as the media relations liaison for all Utah-based press and is responsible for the operations and logistics of the Press Office hosted during the Festival.

For nearly three decades, Sundance Institute has promoted independent storytelling to inform and inspire audiences across political, social, religious and cultural differences. Through labs, funding, special projects with key partners and the Sundance Film Festival, the Institute serves as the leading advocate for independent artists worldwide.

Sundance Institute is a global nonprofit organization founded by Robert Redford in 1981. Through its programs for directors, screenwriters, producers, composers and playwrights, the Institute seeks to discover and support independent film and theatre artists from the United States and around the world, and to introduce audiences to their new work. The Institute promotes independent storytelling to inform, inspire, and unite diverse populations around the globe. Internationally recognized for its annual Sundance Film Festival, Sundance Institute has nurtured such projects as Born into Brothels, Trouble the Water, Son of Babylon, Amreeka, An Inconvenient Truth, Spring Awakening, Light in the Piazza and Angels in America, and through its New Frontier initiative, has brought the cinematic works of media artists including Pipilotti Rist, Doug Aitken, Pierre Huyghe, Jennifer Steinkamp, and Matthew Barney.

[Editor’s Note: This article was updated since its original publication Tuesday morning.]

This Article is related to: Toolkit and tagged Inside Info, Sundance Film Festival, Toolkit