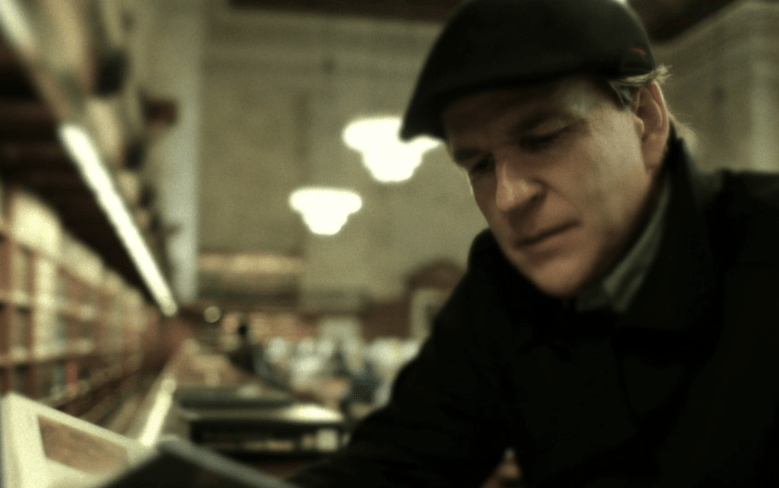 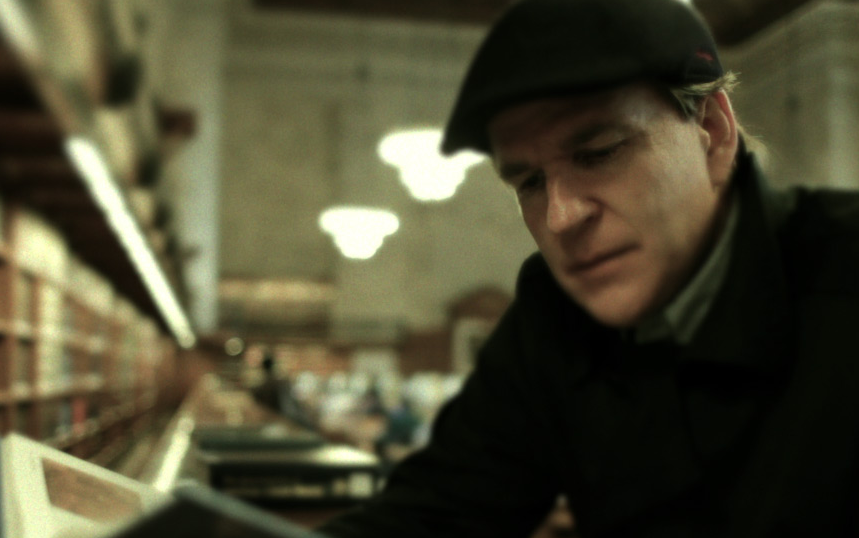 The recent police raid of Zuccotti Park in Lower Manhattan brought a definitive end to rumors that “The Dark Knight Rises,” Christopher Nolan’s highly anticipated third Batman movie, would somehow incorporate the Occupy Wall Street protests into the production. But it nearly happened, according to actor Matthew Modine in an interview with Indiewire last week.

Modine was on the line promoting “Jesus Was A Commie,” his deeply personal short film based on an essay he wrote for Fincher’s Quarterly. The short, co-directed by Terence Ziegler, shows Modine wandering through New York (with a brief sidetrip to the cosmos) as he pontificates in voiceover about the dangers of partisanship while considering the possibility of communistic leanings in the New Testament. In general, Modine wants everyone to just get along. Having finished a festival run, the short will likely hit various VOD platforms next year.

Although Modine never directly touches on the Occupy Wall Street movement, his mentality synchs with the anti-capitalist bent of the flailing group. In addition to detailing the history of the project, Modine talked to Indiewire about his views on the protests and how they relate to his own goals. The actor, who plays a mysterious character named “Nixon” in “The Dark Knight Rises,” explained why it’s a good thing the movie never shot in the park and his reasoning for not paying a visit himself.

The wisdom of Christopher Nolan and his incredible team was that, while it seemed like a good idea to give [the protestors] an opportunity for work, to give them money, it would send a terrible message. At the end of the day, we’re making a movie. What’s happening down there is more important than that. To co-opt what’s happening there and around the country… we didn’t want to trivialize it. It was more important to respect what they’re doing than to do anything that could potentially trivialize the political situation downtown.

Considering that your short film deals with the ills of capitalism, were you excited to play a character in “The Dark Knight” named “Nixon”?

I’m not allowed to talk about [the film], but there’s a lot of misinformation. I don’t know who created it, but it’s kind of fun to have everybody speculating about it.

Did you visit the Occupy Wall Street protests on your own time?

I haven’t been there. I’ve been supporting from afar because of that “celebrity” word. I don’t want to go down there and be a celebrity who came down to visit. I think it’s too important. It’s OK for Michael Moore because that’s the world he lives in and he can speak articulately about it. In another sense, he can be made fun of so much by people who don’t understand him. Of course, that’s their right.

Still, “Jesus Was a Commie” is definitely a movie with an activist angle. So you’re saying you don’t mind speaking out as long as you don’t do it as a public figure.

Well, there’s this horrible word that people in the media use today to identify actors as people with “bold-faced” names. That’s kind of obscene to me. Celebrity is spelled “Snooki” to me today. It’s something that’s unpleasant. I have tried to stay away from that word. I’m actor, I’m an artist, and it’s throughout the course of history… I mean, going to the Cannes Film Festival, where they had the winners the Palme d’Or coming to the stage, you realize looking at those people, they changed the consciousness of human beings around the world. They shined light where there was tremendous injustice, cruelty and prejudice. I was in Turkey, and I went to this place on a mountain where Alexander tried to capture a town… on the side of this mountain was an amphitheater carved into the side of the mountain. It was a profound experience. Even though they had slaves to install this amphitheater on the side of the mountain, they still had to feed them and clothe them, and have architects to design it so it would survive almost 2,200 years. That’s how important it was to have people sing songs and tell stories.

How did you end up directing the short?

Previously, I worked on two related short films, “I Think I Thought” and “To Kill an American.” With “Jesus Was a Commie,” they’re kind of a trifecta of storytelling. Terence Ziegler had been the editor on “I Think I Thought.” He had read my essay in Fincher’s Quarterly and thought it would be cool to make it into an animated film. He worked on it for some time, but it never really progressed because of how much work animation is. But he excited me about the idea of making it into a short film, so I asked a friend of mine who used to work for Apple if he would produce it. He brought this film to completion. I’m not trying to make any points in the film except to create awareness and discussion.


What was the general inspiration behind the ideas in both the essay and the film?

Like so many Americans, I was really impacted and influenced by the events of 9/11. Going downtown, it made me conscious of the idea that democracy requires our participation. We’re not supposed to live here passively. The people that are elected officials are just that. They’re not a higher authority; they’re just people who are elected. They’re supposed represent us because we live in a representative government. When those people we elect are not representing us, not representing the country, it requires the participation of the citizens to speak up and say something. This goes back to the American Revolution and the Boston Tea Party. I think it’s unfair to call it civil disobedience because it’s not that they’re disobeying; they’re speaking up. I don’t call the people on Wall Street protestors. It’s not protesting. They’re speaking up.

Do you want to direct more shorts?

I have an idea for a feature-length film I’m really looking forward to getting off the ground. I’ve been making shorts for a long time. I made one called “Smoking” that played at Sundance and launched the writing career of David Sedaris. Short films are wonderful because they’re not really time-consuming. They’re difficult to make as feature films, but they can be very personal sort of sketches and keep you busy between jobs. One of the horrible things about being an actor is waiting for someone to make a decision about your life. Rather than wait, why not keep yourself busy? It’s something I enjoy, so that’s why I do it.