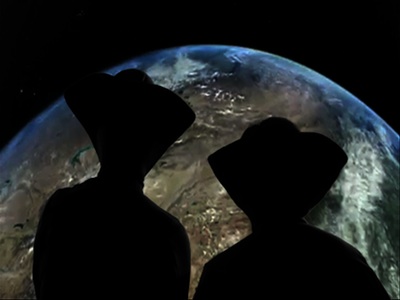 Also, the Independent Filmmaker Project and charitybuzz.com have announced a silent auction to support independent filmmakers. The auction will run from Wednesday, November 16 to Thursday, December 7.

New York, NY (November 16, 2011) – The 6th Annual Best Film Not Playing at a Theater Near You™ Series at MoMA begins Friday, November 18 and runs through Monday, November 21.

Madeleine Olnek ‘s Codependent Lesbian Space Alien Seeks Same affectionately combines the camp of ’50s sci-fi B-movies with a contemporary New York City romantic comedy in which three lesbian aliens from the planet Zotz travel to Earth to save their planet – and to fall in love and have their hearts broken.

A growing jealousy and paranoia pervades Sophia Takal’s horror-inflected Green, in which a city couple relocates to the country where a friendly local woman gradually becomes a wedge between them.

The Redemption of General Butt Naked

Daniele Anastasion and Eric Strauss’ The Redemption of General Butt Naked recounts the controversial story of Joshua Milton Blahyi , a ruthless warlord during Liberia’s 14-year civil war who has reinvented himself as a Christian evangelist on a journey of self-proclaimed transformation.

Scenes of a Crime

Using footage from a 10-hour police interrogation and videotaped confession of a father accused of killing his infant son, Grover Babcock and Blue Hadaegh’s Scenes of a Crime is at once a coolly impassioned social justice documentary, a keen-eyed epistemological inquiry, and a gripping police procedural.

In Mark Jackson’s Without, a young woman becomes caretaker to an elderly man in a vegetative state on a remote wooded island, and as the monotony of her daily routine starts to unravel, boundaries collapse and she struggles with sexuality, guilt and loss.

Also announced today, the Independent Filmmaker Project (IFP), the nation’s oldest and largest organization of independent filmmakers, have teamed up with charitybuzz.com for the annual silent auction Wednesday, November 16 to Thursday, December 7, 2011.

“We are excited to partner with charitybuzz.com for the annual silent auction and we are grateful for the incredibly generous items and unique experiences that have been donated in support of the independent film community,” said Joana Vicente, IFP Executive Director of the IFP.

The partnership between IFP and charitybuzz.com will raise funds for IFP in support of the programs that support independent filmmakers. These auction items are one of a kind experiences extended by key supporters and celebrities in the independent film world.  Auction items include:

Go to charitybuzz.com/gotham to bid on these items and many more.

This Article is related to: News and tagged Independent Filmmaker Project, MoMA, Toolkit