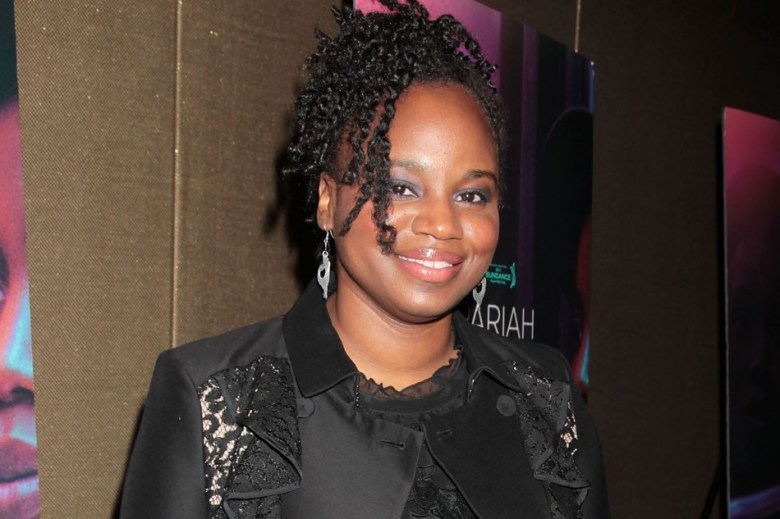 Why She’s On Our Radar: Writer/director Dee Rees came into this year’s Sundance Film Festival as a relative unknown and emerged as a filmmaker to contend with. Her feature directorial debut, the moving coming-of-age drama “Pariah,” screened on the opening night of the event, garnering a wealth of critical praise upon its unveiling and a rich distribution deal with Focus Features a few days later. In the Brooklyn-set drama, touted newcomer Adepero Oduye stars as Alike, a 17-year-old girl grappling with the challenge of coming out to her strict parents.

More About Her: Before mutating into a full-fledged film, “Pariah” was a critically acclaimed short that made waves on the festival circuit in 2007, winning over 25 short film awards. The Sundance Institute saw the potential for a feature-length project and invited Rees to workshop a feature based on the material. The result has netted Rees with the Gotham Independent Film Award for Breakthrough Director.

Indiewire caught up with Dee the morning after winning the Gotham.

Congratulations on last night. How are you feeling today?

I’m just excited for people to see the film and excited for the actresses getting discovered by audiences.

The film’s been on quite the ride since first premiering at Sundance.

Yeah, it has. We’ve just been focusing on creating more work. I’m writing; I just finished another story for Focus, so I’m just really interested in building a body of work and letting the film speak for itself. I think audiences will respond to it and will find something to connect to.

What’s been the most memorable aspect of the journey so far?

The screenings we did in the Bay areas, in San Francisco. It was with a group called Sister to Sister, a black lesbian group. That was our first screening with a community that was being represented onscreen. They were so affirming and people said we told their story. That was the most memorable because they were really taken with it. You know, if the film wasn’t authentic, or was ringing true, that was the first place I was going to hear it. So the fact that those women really embraced it was really special to me.

The film seems to have struck a chord pre-release with festival-going audiences and Focus is obviously confident it has the potential to cross over.

Well, it’s about identity and everyone can relate one way or another. Here’s a middle class family, typical — there’s napkin rings on the table. A middle-class family dealing with a very big secret. I think all the nuances within the film are things that people can relate to. I think audiences are smart. We knew that they’d be able to connect to the material and respond in some way. I always had the confidence this would go beyond the queer community, or beyond the African-American community. This is a story about love, it’s about friendship.

Now “Pariah” started out as a short. Was it always your intention to make it into a feature or did that come later in the process?

The project had a really interesting evolution. It started as a feature film in 2005. I needed a thesis to graduate from NYU so I took the first act from the feature and shot it as a short and changed some stuff around so it would work as a standalone. Honestly, it was harder going from feature to short, than it was to finally go back an do the whole thing. I wanted to show this character who is feeling like she’s in a tug of war in both worlds. In the lesbian world, she feels her best friend is imposing a way of being on her that’s not true to herself. In the straight world, her mom is wanting her to wear dresses and stuff; it’s not her, either. So it’s about trying to be herself.

Getting the time to develop the characters was really important. It was hard to make the short. The feature allowed me to give a fuller perspective and really give a sense of what everybody’s desires, hopes, fears, dreams are.

How did the script evolve after completing the short, if at all?

A lot of things changed. The first draft was a 140-page monster, it was ridiculous. It got a lot tighter and I got a lot better through the Sundance Labs. I was able to really learn how to make scenes work on different levels. And it really helped me develop the characters. It’s important they all have their own lives, and not just be there to serve or hinder the protagonist.

At the time it seemed hard as we were struggling to find fundraising, but now I’m actually glad it took that long because I think all of us really matured as artists.

So take me back to your time spent at the labs. How instrumental was the experience in shaping you as an artist?

The labs was the first time, as an artist, that I was given permission to work exclusively on the art. The labs are really about helping you tell the best story possible. They’re not about telling you which story to tell. They’re not worried about commercial interests. You’re just focused on how to tell the best story. Just that moral support was huge. And having writing mentors read your script and give you notes (it’s hard getting your script read at all) was huge.

One of the biggest things I took away was learning how to accept feedback. You know, as an artist you can be protective of the material, protective of the characters. In that space I learned that it’s most important that your intention comes through. If three or more people don’t see that, then you should probably look into it. Executionally you don’t have to take people’s specific direction, but it’s great to get feedback and bounce it off people to make sure that what you’re intending is coming through. Once it’s on the screen, you don’t get a chance to explain.

About your distribution deal with Focus Features. You came into Sundance as a relative unknown and emerged with one of the most hotly coveted pacts at the event.

Focus was the fairytale dream company that any indie filmmaker wants to work with. It was amazing. We just tried to stay very Zen about it and let our team handle the negotiations. We knew it was the place we wanted to be. Not just because of their marketing power, but because they’re a film company that really loves film. we felt they really got us as filmmakers. 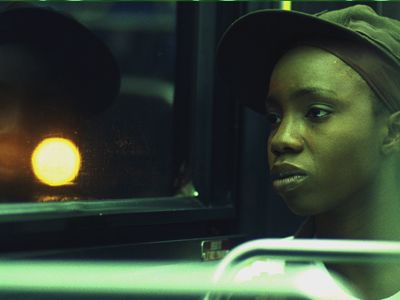 After they acquired the film, James Schamus sent us this amazing email to the entire company about what this film was about and why he bought it. It was really moving to see this smart executive — legend — who not only wants to market our film but really gets it on a heart level.

Can you elaborate on the deal you have with them to make more films?

I have a blind script deal. So I just finished another script for them. It’s called “Boa.” I can just say that it’s a thriller and it’s set in the South. That’s all I can say about it. Like “Pariah,” I want to introduce a world of characters that we don’t typically see. I want to push people into a world that we don’t get to see a lot.

Will you be directing these scripts?

Hopefully! I’m really focused on the writing phase now and making it something that they’ll fall in love it. Fingers crossed.