By Brian Brooks and Eric Kohn 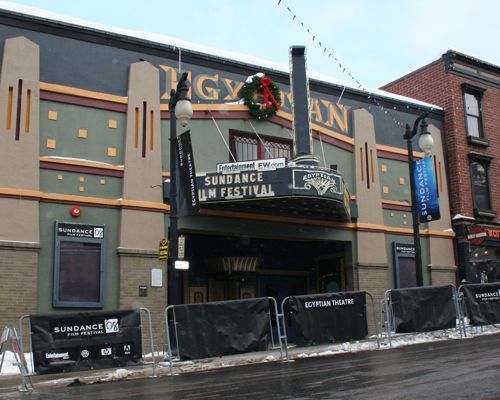 The Sundance Film Festival has announced  its 2012 Out of Competition titles, which will screen in the event’s Spotlight, Park City at Midnight, NEXT <=> (yep, that symbol is part of the name) and New Frontier sections. Today’s announcement comes on the heels of yesterday’s U.S. and World Competition lineup.

The Spotlight sidebar showcases films that have played throughout the world, while Park City at Midnight features horror films and comedies “that defy any genre,” according to the festival. The seven titles in this section are all world premieres.

Nine features comprise this year’s NEXT <=> section. The fest describes the sidebar as spotlighting “promising filmmakers distinguished by an innovative, forward-thinking approach to storytelling.”

The Spotlight lineup is below. The lineup for Park City at Midnight, NEXT <=> and New Frontier is available here.

Two more out-of-competition sections, Premieres and Documentary Premieres will be unveiled on Monday.

In October, Sundance released details about its New Frontier installations. In a conversation earlier this week with Indiewire, Sundance Director John Cooper noted that the event is on the move again this year, setting up shop at The Yard in Park City. In addition to the installations, multimedia performances, transmedia and panelsl that highlight the convergence of film, art and new media technology, Sundance announced five films that will screen in the section.

Sundance Director of Programming Trevor Groth noted that the three year-old NEXT section has evolved each year and contains a “distinctive flavor.” While the section was initially perceived as a category for first-timers, the latest edition of NEXT has some returning Sundance names, including David Zellner (“Goliath”), who returns the festival this year with “Kid-Thing,” and Craig Zobel (“Great World of Sound”), premiering “Compliance.”

Groth said that the number of times someone attends the festival doesn’t determine which category they land in. “There are a lot of conversations among filmmakers about where submissions go in the festival,” he explained. “In a way, we try to come up with some clarity for the outside world, but it’s also us putting these films where they work.” As for themes, “this year, it’s really about creative storytelling in cinema,” he added. “Very accomplished filmmakers are not following conventions.”

The midnight section also contains a fair share of familiar names, including Katie Aselton, whose directorial debut “The Freebie” played in NEXT last year. In January, she’ll premiere “Black Rock,” the story of three childhood friends who take a retreat to Maine, written by husband Mark Duplass. According to Cooper, the programmers considered placing the film in dramatic competition but eventually decided that Midnight was a better fit. “I think the Midnight audience energy will bring a lot to that film,” he said. “On the one hand, it’s a drama, but on the other, it’s a pretty intense, violent thriller that takes what she did in ‘The Freebie’ to a whole new level.”

Another intriguing entry from the midnight section is the anthology horror film “V/H/S,” which boasts an epic list of indie directors, not all of whom have worked in the genre before: Adam Wingard (the Toronto International Film Festival hit “You’re Next”), Simon Barrett, Ti West (“The House of the Devil”), David Bruckner (“The Signal”), Joe Swanberg, Glenn McQuaid (“I Sell the Dead), and the YouTube celebrities Matt Bettinelli-Olpin and Chad Villella, who used to go by “Chad, Matt and Rob” but now identify themselves as “Radio Silence.” For Groth, having the complicated project ready for the festival was a significant accomplishment. “A few of them haven’t been at the festival before, so it was really great to find that film and have it work so well,” he said. “I had my fingers crossed when it came in.”

Via a Sundance release, Groth commented further about today’s non-competition lineup: “In many ways, the extremes of the festival’s program are most readily apparent in our out-of-competition sections, which showcase the wildest comedies, the most terrifying horror films and uncompromised visions from singular voices springing up from around the country and the world. We hope audiences experiment with their film selections to an equal degree as these filmmakers have experimented with their storytelling.”

“Corpo Celeste,” Italy (Director and screenwriter: Alice Rohrwacher)
After moving back to southern Italy with her mother and older sister, 13-year-old Marta struggles to find her place, restlessly testing the boundaries of an unfamiliar city and the catechism of the Catholic church. Cast: Yle Vianello, Salvatore Cantalupo, Anita Caprioli, Renato Carpentiere.

“Elena,” Russia (Director: Andrei Zvyagintsev, Screenwriter: Oleg Negin)
A meditative, modern-noir tale about an older woman, Elena, who marries the wealthy business man for whom she worked and, when his health fails, is forced to deal with his estranged daughter who threatens her inheritance. Cast: Andrey Smirnov, Nadezhda Markina, Elena Lyadova, Alexey Rozin.

The lineup for Park City at Midnight, NEXT <=> and New Frontier is available here.