The 2012 Sundance Park City at Midnight, NEXT and New Frontier Film Selections 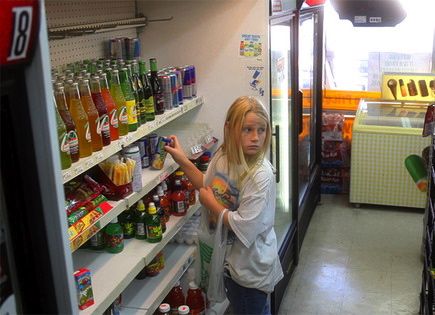 Below are the lineups for the 2012 Sundance Film Festival’s Park City at Midnight, NEXT <=> and New Frontier film selections. For the festival’s Spotlight section, go here.

“Grabbers,” Ireland, United Kingdom (Director: Jon Wright, Screenwriter: Kevin Lehane)
When the residents of an idyllic Irish fishing village are attacked by mysterious, blood-sucking sea creatures, a high blood alcohol content could be the only thing that gets them through the night. Cast: Richard Coyle, Ruth Bradley, Russell Tovey, Bronagh Gallagher.

“The Pact,” U.S.A. (Director and screenwriter: Nicholas McCarthy)
As a woman struggles to come to grips with her past in the wake of her mother’s death, an unsettling presence emerges in her childhood home. Cast: Caity Lotz, Casper Van Dien.

“Shut Up and Play the Hits,” United Kingdom (Directors: Dylan Southern, Will Lovelace)
A documentary that follows LCD Soundsystem front man James Murphy over a crucial 48-hour period, from the day of their final gig at Madison Square Garden to the morning after, the official end of one of the best live bands in the world.

“I Am Not a Hipster,” U.S.A. (Director and screenwriter: Destin Daniel Cretton)
Set in the indie music and art scene, this is a character-driven story exploring themes of love, loss and what it means to be creative in the face of tragedy. Cast: Dominic Bogart, Alvaro Orlando, Brad William Henke, Tammy Minoff, Kandis Erickson, Lauren Coleman.

“Kid-Thing,” U.S.A. (Director and screenwriter: David Zellner)
A rebellious girl whose existence is devoid of parental guidance, spends her time roaming the land, shoplifting, and vandalizing. Her routine is broken one day while playing in the woods when she hears a woman calling from a mysterious hole in the ground, asking for help. Cast: Sydney Aguirre, Susan Tyrrell, Nathan Zellner, David Zellner.

“My Best Day,” U.S.A. (Director and screenwriter: Erin Greenwell)
Karen’s life as a small-town receptionist is turned upside down when the father she never knew calls for a refrigerator repair. That day she encounters a sister addicted to off track betting, a brother struggling with grade school heartache and bullies, and a load of fireworks. Cast: Rachel Style, Ashlie Atkinson, Raúl Castillo, Jo Armeniox, Robert Salerno, Harris Doran.

“Pursuit of Loneliness,” U.S.A. (Director and screenwriter: Laurence Thrush)
An elderly patient dies in a county hospital leaving no known next of kin. Over the next 24 hours, four central characters try to find a family member to contact regarding the death of this anonymous individual. Cast: Joy Hille, Sandra Escalante, Sharon Munfus, Kirsi Toivanen, Natalie Fouron.

“That’s What She Said,” U.S.A. (Director: Carrie Preston, Screenwriter: Kellie Overbey)
Armed with nothing but their addictions and lots of personal baggage, two best friends and a mysterious young interloper battle a series of misadventures on their quest for love in New York City. Cast: Anne Heche, Marcia DeBonis, Alia Shawkat.

“Bestiaire,” Canada, France (Director: Denis Côté)
The boundaries we place around animals are provocatively and formally explored in this meditation on the relationship between nature and humanity. World Premiere

“An Oversimplification of Her Beauty,” U.S.A. (Director and screenwriter: Terence Nance)
A quixotic young man humorously courses live action and various animated landscapes as he tries to understand himself after a mystery girl stands him up. Cast: Terence Nance, Namik Minter, Chanelle Pearson. World Premiere

This Article is related to: Festivals and tagged New Frontier, News, NEXT, Park City at Midnight, Sundance Film Festival