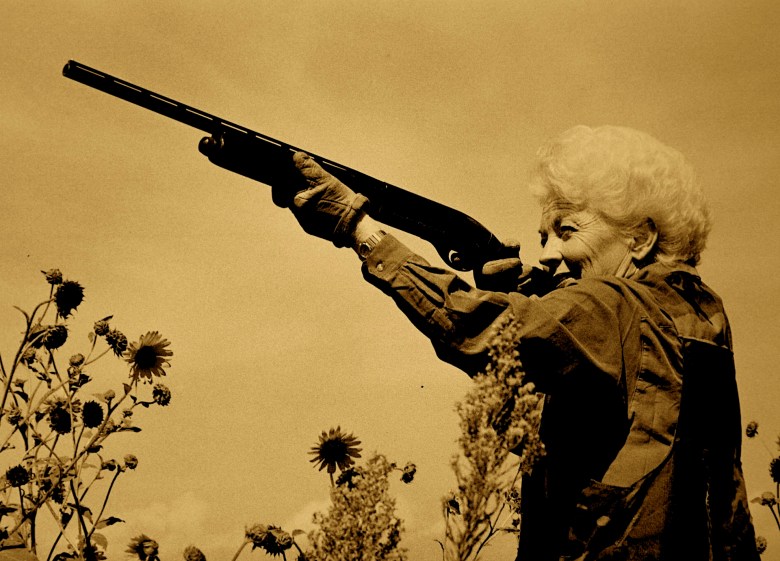 “Backwards and In High Heels” describes the lengths to which former Texas Governor Ann Richards (who served from 1991-1995, and died at age 73 in 2006) would go to do her job. It’s also the name of an in-the-works film documenting the career of one of Texas’s most beloved politicians.

Co-directors Keith Patterson and Jack Lofton say they came to the film out of respect for Richards, the last statewide Democrat elected statewide in the land of George W. Bush and Rick Perry. Richards was known as a no-nonsense politician who spoke her mind and fought against special interests. In the late 1980s, she was viewed as a rising star in the Democratic Party, but she lost her re-election bid to the maneuverings of Karl Rove and George W. Bush.

Neither director considers himself a Texan (Patterson is from New York, and Lofton was based in Little Rock, was born in Memphis and had a stint in Dallas), but the team has been headquartered in Houston working on this film. Still, according to Patterson, “We have so much support from the local community. They’re excited we’re making this film, because so many of them miss her greatly.”

The filmmakers continued, “Her friends were convinced right off the bat that we should be making this film. Getting the trust of the family was important to us and it’s been great working to get their support. We’re now getting interviews with her inner circle, with her family.”

The filmmakers come to the project with great respect for Richards. Lofton noted, “Ann’s intentions were in the right place.  She was fighting for people her whole life and then went into politics.  So many politicians are just businessmen who say ‘Gosh, I’m so good looking, I should run for office!’ Anne was different.”

Patterson added, “Ann was hip.  She was good friends with Willie Nelson, Dolly Parton, Lily Tomlin. She was not your typical politician. She was very progressive; over her life, she was involved with all of the major civil rights movements.”

The film tells the story through those who know her and includes lots of archival footage that the filmmakers have unearthed (including an ill-advised Doritos commercial that also features New York governor Mario Cuomo). Because the filmmakers are convinced Richards’ story has much to say about the current political climate, they’ve included several breakout scenes that address the ways that US politics have changed since Richards held office.

Lofton noted that Richards would not have a chance at being elected today. “It’s very difficult to have someone like her because it’s all about money. Ann left office after four years with no money. I’ve seen her tax returns! Politicians say one thing to get elected, and then they do whatever they have to do to get reelected and pay back the people who paid them. We’re hoping to get this out before the 2012 elections. This is the first election where the Citizens United decision will take effect.

“There’s a lot in Ann’s story that speaks to politics today.” Lofton continued. “It’s interesting, this whole anti-politician sentiment today.  Anne was not concerned about staying in office by any means.  We’re hoping to make a film that can ride the pulse of this general time in history.  It’s about voters waking up, being politically active, voting for people who help them.”

The team is staying in Texas for their next documentary feature, a film about the shifting economic situation in Texas, which addresses the Panama expansion and the connection between Texas and China.

This Article is related to: Toolkit and tagged