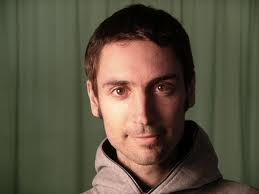 “Searching for Sugar Man” (playing in the World Documentary competition) is a documentary about ’70s rocker Rodriguez.  Despite critical praise, the single-name Rodriguez failed to catch on in America — but his music became the soundtrack to anti-apartheid sentiment in South Africa. Filmmaker Malik Bendjelloul had to dig deep to find out this unknown rock star’s story.

What’s it about?  It’s about a ’70s singer who failed in America only to rise up from the ashes years later in a totally different context a continent away.

Says director Malik Bendjelloul:  “I think one of the beautiful things about this story is its testament to the power of the arts. That what a person creates with his $50 guitar by his kitchen table can literally change the world on another continent, thousands of miles away. Even if Rodriguez vanished from earth without a trace, the songs he had created were so good that they were unstoppable; they had their own life and they flew off on their own wings. Art survives everything—no one remembers who the king of Austria was in 1780, but everyone remembers Mozart.

“I’ve been working in Swedish television for 10 years and have made docs with and about Björk, Kraftwerk, Sting and Elton John. The first time I heard the story of Rodriguez five years ago I became absolutely obsessed — it was the most remarkable story I’d heard in my life. Ever since then I’ve been working almost full time to make this movie. 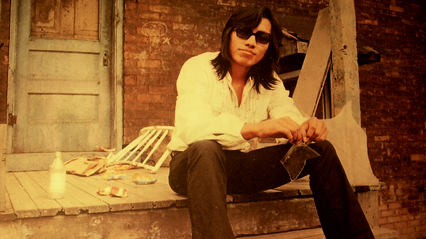 “I rarely watch documentaries, but in mid-production of this film, after a day of shooting in New York, I had a few hours off and a cinema next door to my hotel was showing “Man on Wire.” I watched it and fell in love. It made me happy in a way very few films do, no matter what genre.  When I walked out from the theatre I just had this distant feeling that the events in the Rodriguez story were somehow on par with the events of “Man on Wire.” They both had this kind of plot with an adventurous quest and they both had powerful endings. But “Man on Wire” was a great story AND a great film. So I had this thought that was both challenging and inspirational—that it was my responsibility as a filmmaker to make a film that was as good as the story.”

This Article is related to: Festivals and tagged Meet the 2012 Sundance Filmmakers, Searching for Sugar Man, Sundance Film Festival