The 7 Indie Films You Must See This January 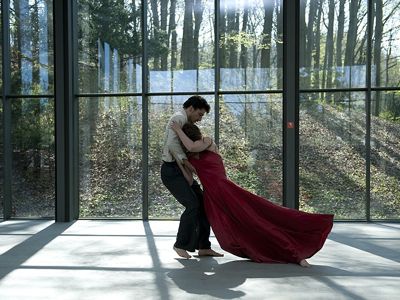 January is usually seen as a burial ground for movies (unless you’re heading to the Sundance Film Festival). But this year — perhaps more than ever — a slew of films that received Oscar-qualifying runs in December in New York or Los Angeles disappeared into dormancy until the new year. Those films will resurface this January and February, whether Oscar nominations join them or not.

And while this overcrowded field of 2011 holdovers might not be a good thing for the films themselves (in terms of Oscar nominations, it seems most won’t make the cut), it creates an unusually high amount of new(ish) options for moviegoers.

From Pina Bausch and William Shakespeare to Tilda Swinton and Channing Tatum, check out Indiewire‘s picks for the seven best options, and then check out the full calendar; there’s many worthy films that didn’t make this list.

What’s The Deal? Wim Wenders follows his fellow German Werner Herzog into the uncharted waters of 3-D documentary with this gorgeous and unique exploration of the work of experimental choreographer Pina Bausch. Germany’s entry into the foreign-language film Oscar contest, and well as a finalist for best documentary, the film could very well become the first film nominated in both categories.

Who’s Already Seen It? “Pina” has a  B+ average on its film page.

Why is it a “Must See”? “For reasons solely related to the nature of the art, the use of 3-D in ‘Pina’ unquestionably features the best application of the effect this year, ahead of substantial attempts by both Martin Scorsese and Steven Spielberg,” Indiewire’s Eric Kohn writes. Audiences so far seem to agree. The film is already a huge hit in Europe, and early returns from its exclusive run in New York suggest the same for its Stateside release. 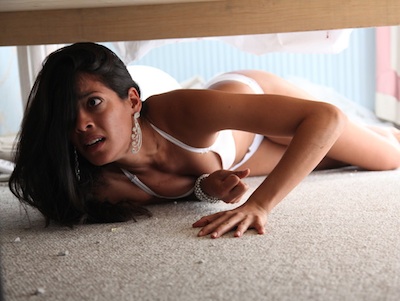 Who’s Already Seen It?  “Miss Bala” has a B+ average on its film page.

Why is it a “Must See”? Riding a wave of critical support since its debut in Cannes last year (followed by screenings at the Toronto and New York Film Festivals), “Miss Bala” has been heralded as a wholly original import from our neighbors to the South.

What’s The Deal? And now for something completely different. Not aiming for Oscar consideration, this truly Januarian release comes care of the tireless Steven Soderbergh. With a remarkable cast including Ewan McGregor, Channing Tatum, Antonio Banderas, Michael Fassbender, Michael Douglas and MMA star-turned-actress Gina Carano in the lead, action option “Haywire” follows a covert operative (Carano) hired out by her handler to various global entities to perform jobs that governments can’t authorize and heads of state would rather not know about.

Who’s Already Seen It? “Haywire” has yet to receive a grade on its film page.

Why is it a “Must See”? A fun diversion from the seriousness that surrounds the rest of this list, “Haywire” — Soderbergh’s 25th film — is said to feature some incredible stunts care of Carano and reviews out of its secret screening at last fall’s AFI Fest were generally quite positive. 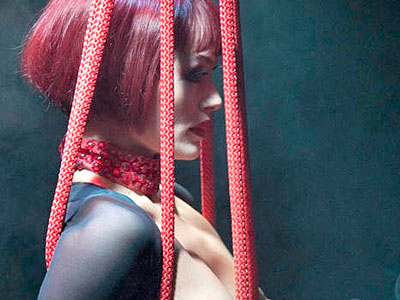 What’s The Deal? Doc master Frederick Wiseman returns with a cinéma vérité look inside Paris’ Crazy Horse, a club that boasts the greatest and most chic nude dancing in the world.

Who’s Already Seen It? “Crazy Horse” has a B+ average on its film page.

Why is it a “Must See”? “Ever since his 1967 directorial debut, ‘Titticut Follies,’ Wiseman has relied on the rhythms of sound and imagery within a contained environment to assemble his narrative backbone,” Eric Kohn writes in his Indiewire review. “The Crazy Horse, with its undulating bodies and gleaming fluorescent lights, offers a dazzling cinematic experience because Wiseman lets the footage lead the way.”

What’s The Deal? Another foreign-language Oscar entry (this time from France), Valérie Donzelli’s “Declaration of War” is inspired the director’s own experience in dealing with her child’s brain-cancer diagnosis and tells the story of a young couple who encounter a similar situation.

Who’s Already Seen It? “Declaration of War” has a A average on its film page.

Why is it a “Must See”? Simply being chosen as the Oscar submission from the country is a badge of honor – particularly considering what a big year it’s been for French cinema. It follows in the recent footsteps of films like “Ameile,” “A Prophet,” “Persepolis” and “The Class.” Whether those footsteps lead to an Oscar nomination remains to be seen, but “Declaration of War” is worth your attendance either way. 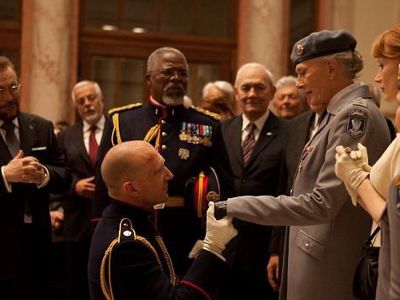 Who’s Already Seen It? “Coriolanus” has a B on the film’s criticWIRE page.

Why is it a “Must See”? “Coriolanus” will come out a few months after Roland Emmerich’s “Anonymous,” which suggested Shakespeare did not actually write his plays. Both films star Vanessa Redgrave, who managed great reviews for both roles: One for a Shakespearean adaptation, the other for a film that suggests there’s no such thing.

7. We Need To Talk About Kevin (January 13; Oscilloscope)

What’s The Deal? It’s been a staggering nine years since we last saw a Lynne Ramsay film (though notably she was trying to make “The Lovely Bones” in the midst of that). But that ends with “We Need To Talk About Kevin,” an adaptation of Lionel Shriver’s award-winning 2003 novel about a mother (Tilda Swinton) recounting the events leading up to following her son Kevin’s massacre of students and teachers at his high school.

Who’s Already Seen It? “We Need To Talk About Kevin” has a B average on its film page.

Why is it a “Must See”? The film earned some raves when it debuted at Cannes, including from Indiewire’s Eric Kohn, who called it “a sensationally moving evocation of the ultimate dysfunctional family.” There’s also the Swinton factor: The iconic actress rarely steers her fans in a direction that isn’t wholly interesting and worthwhile. It’s also likely to nab the actress her second Oscar nomination after winning one a few years back for “Michael Clayton.”