Will You See This Movie? | Adele Romanski Sends Two Lovers Into the Woods to Fall Apart 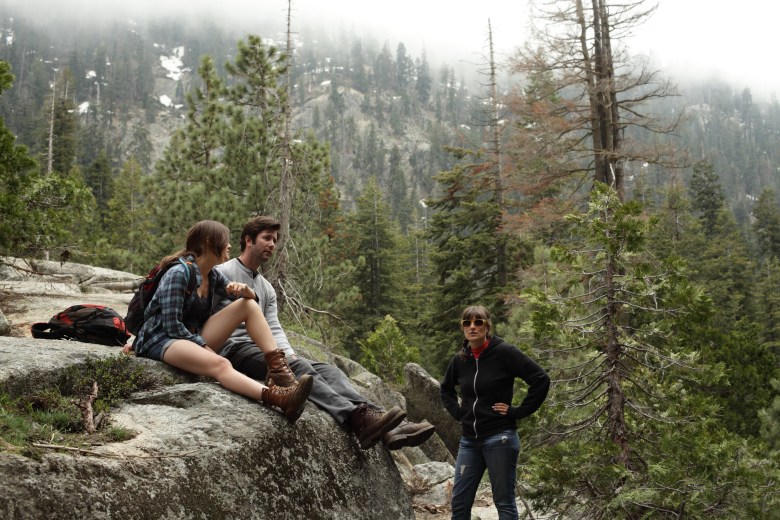 “I think I was nervous,” Adele Romanski told Indiewire on her emotions approaching her first feature as a director.  “I didn’t have a lot of time to be nervous.  When we were going out to do this, it was right when ‘The Myth of the American Sleepover’ and ‘The Freebie’ [two films Romanski produced that were released last year] were making their festival runs.

“When ‘Myth’ got into Cannes, my first instinct was ‘Have fun!  I’m going in the woods!”

Romanski (who Indiewire profiled in 2010) wanted to cancel on Cannes to go camping in the California forest for her debut feature “Leave Me Like You Found Me,” which is currently raising finishing funds on Kickstarter.  Her team on “Myth” quickly convinced her that her micro-budget feature could be delayed so that she could head to Cannes with that film.

“I came to the idea for this film when I was on a camping trip in a national park in California with my father,” Romanski recounted.  “What if we tried to take a really small crew up here and make a movie guerilla style?”

When it came to actually writing the script, Romanski knew she wanted to keep it simple; “As a first film, shooting something really small was a comfortable place for me to go.”

Over six months, she drew on her past relationships and the ones that surround her to write a film about two people who love each other but can’t make it work.

“I’ve been thinking about this kind of thing since my parents were divorcing,” Romanski explained.  “People who love each other don’t necessarily stay together.  As an adult, I have had my own relationships where I’ve broken up and I’m heartbroken and sad — we’re so in love but why isn’t this working?”

Romanski’s whole team was only five, herself, two cinematographers and two actors (looking back, she wishes she would have added one more person — a Camp Mom to take care of the crew).  She approached two friends to be her leads — Megan Boone, an old friend from college who has been doing TV and studio jobs, and David Nordstrom, an editor, director and actor she met through CalArts.

In describing the two, Romanski noted, “I really liked the improv-y stuff that they did.  It ended up being my favorite stuff.  I’m glad I have an editing background; when we finished a scene, I was thining about how it would end up being put together.  I’m not always right, but it’s definitely helpful.”

The enterprising reader may realize that Romanski has already fulfilled her Kickstarter goal, but she explained:  “Five thousand dollars is obviously not enough money to finish the movie, but I had to ask myself what dollar amount I thought I could obtain to offset the money that’s coming out of my bank account.”

This Article is related to: Toolkit and tagged Adele Romanski, Will You See This Movie?