Will You See This Movie? | Belle and Sebastian's Stuart Murdoch Writes and Directs 'God Help the Girl' 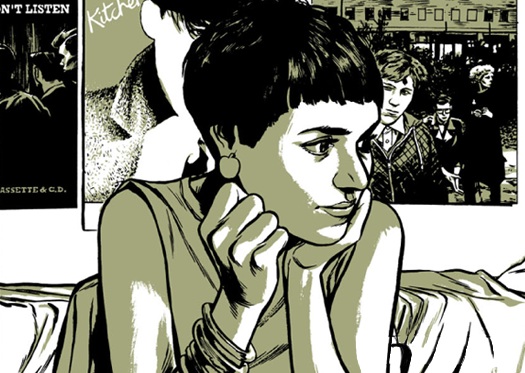 When producer Barry Mendel (“Bridesmaids,” “The Royal Tenenbaums,” “Rushmore”) heard the indie band Belle & Sebastian for the first time in 2007, he liked them just okay.  He went to a concert at the Hollywood Bowl shortly thereafter where the band played with the Los Angeles Philharmonic and he was sold.

After the concert, he wanted to check in on the band, so he visited their website.  On the website, band co-founder and co-vocalist Stuart Murdoch had posted a notice saying he was looking for musicians for a project.  Mendel read on and found some language that implied there might be a film involved.

Mendel told Murdoch that if he needed feedback, guidance, or support, he’d be ready to lend a helping hand.  After the message, Murdoch wrote back and had recently watched a few of the films; he was interested in talking more with Mendel on the film project he had begun, “God Help the Girl.”

“He leaked out character descriptions,” Mendel told Indiewire.  “And after awhile, he said let’s see about working together.  He showed me pages he had written, scenes from the script.  We decided to work on a trial basis, so I went to Glasgow once and he came to Los Angeles to work on the script.”

The collaboration has been successful thus far and the team so far assembled has set up a Kickstarter campaign to get them into production.

The film is semi-autobiographical for Murdoch, but the film’s protagonist does not look too much like Murdoch — she’s a female singer in a girl group. 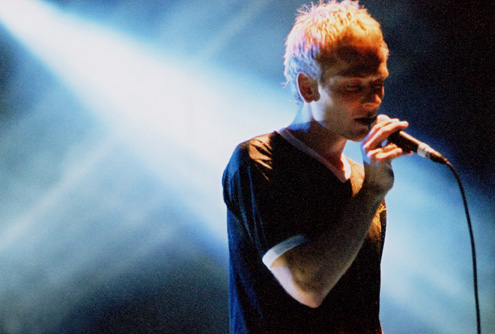 The film, which will be shot and set in Glasgow, starts with Eve, before the formation of the group, in a hospital. In order to pass the time, she picks up songwriting.  Mendel continued, “She becomes really touched by songwriting.  She’s animated by it, and she’s really good at it.  She is eventually able to leave the hospital and bein her musical career.  That’s not dissimilar to what Stuart went through.  Stuart was sick for five years.  The process of writing songs led to his band coming together.  The film follows the journey of the group deciding they want to make music together, and Eve getting on her feet as a singer.”

Mendel is excited to work with first-time director Murdoch.  “The response to him becoming a filmmaker has run a somewhat predictable gamut.  There’s brutally cynical skepticism and there’s an openness — people remember Anton Corbin, Tom Ford, Steve McQueen making the transition into movies.  I’ve tended to work with people in the beginning of their directorial careers [M. Night Shyamalan, Drew Barrymore].

“I’ll have a gut instinct after meeting the new director in person and talking to them about the film they want to make.  I have interesting conversations with Stuart about things he wants in the movie.  If we have disagreements, they always lead to interesting discussions.  He’ll convince me of an idea I didn’t think we could do.  He’s got ideas that are outside the box without trying to be outside the box.  He’s got a natural originality.”

The writer-director notes a diverse list of inspirations:  Truffaut, Godard, John Hughes, Bruce Robinson, Bill Forsythe, the post-punk movement of the 70’s and 80’s and the city of Glasgow itself.  Said Mendel, “He knows all kinds of nooks and crannies of the city.  I know people in New York and Los Angeles who take pride in knowing the city like he does Glasgow.  It’s great.”

The team is prepping to cast and head into production.

This Article is related to: Toolkit and tagged Will You See This Movie?