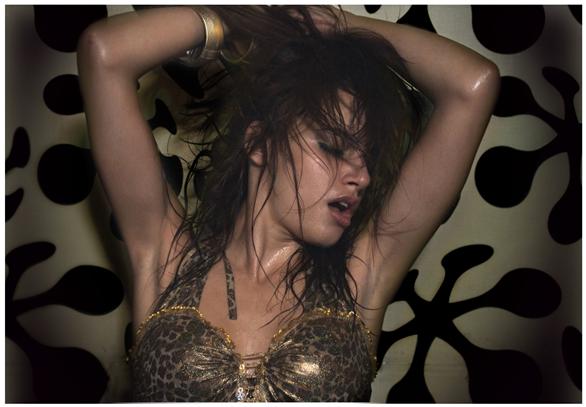 Of the eight top prizes awarded at the 2012 edition of the International Film Festival Rotterdam, two went to “Klip,” the controversial and sexually explicit Serbian drama directed by 28-year-old Maja Miloš.

“Klip” is the story of a 16-year-old girl who escapes her home life through alcohol, drugs and sex, much of which is captured on a mobile phone.

The Hivos Tiger Awards, awarded to first or second films with a prize of Euro 15,000 for each filmmaker, went to “Klip” (Clip) by Maja Miloš (Serbia), “De jueves a domingo” (Thursday Till Sunday) by Dominga Sotomayor (Chile/Netherlands) and “Jidan he shitou” (Egg and Stone) by Huang Ji (China.)

The NETPAC (Network for the Promotion of Asian Cinema) Award for the best Asian film in IFFR 2012 Official Selection, went to “Sentimental Animal” by Wu Quan (China).

The KNF Award, presented by a jury of Dutch film journalists for films not yet acquired for Dutch distribution, also awarded “Klip.” The prize includes a grant for subtitling the film.

The Dioraphte Award, which also receives 10,000 Euro, went to “Goodbye” by Iranian filmmaker Mohammad Rasoulof. This prize went to the highest-scoring film in the audience poll among the 17 festival films made with support from the Hubert Bals Fund.

Descriptions of the films, as written by their respective juries, follow.

“Klip” (Clip) by Maja Miloš (Serbia, 2012)
‘‘The winning film is a daring and stunning debut, portraying an abandoned Serbian post-war generation. Its talented young director succeeds in constructing a brutal portrait using the pervasive and uninhibited visual language of the cell phone generation. It shows teens obsessively identifying with video clips, glorifying sex and violence and turning themselves into victims of pornofication. Though confronting, disturbing and explicit, ‘Klip’ skilfully succeeds in avoiding the trap of exploitation.”

“De jueves a domingo” (Thursday Till Sunday) by Dominga Sotomayor (Chile/Netherlands, 2012)
“In focus, this film is a very precise and gentle depiction of the intimate space of a family. We are captured in a journey seen through a child’s perspective, and recall the moments of our own childhood, at the same time experiencing and understanding all the complexities that adult life entails. The minimalistic story is revealed through the fresh angles of the camerawork. A gentle piece, rich with sensitive observations.”

“Jidan he shitou” (Egg and Stone) by Huang Ji (China, 2012)
“The director creates a sensation by telling the private story of a girl who unwillingly becomes trapped in a life in the margins. The taboo present in the film is broken by means of poetic language. The director does so with a convincing author’s approach and sensitive direction of non-professional actors. The beautifully framed, conscious choice of camerawork is relevant to storytelling, and unveils human secrets.”

“O som ao redor” (Neighbouring Sounds) by Kleber Mendonça Filho (Brazil, 2012)
“For evoking an atmosphere of paranoia and menace through a highly ambitious use of sound and cinematography the winner is ‘Neighbouring Sounds.'”

“Monsieur Lazhar” by Philippe Falardeau (Canada)
” ‘Monsieur Lazhar’ is a film in the spirit of ‘Être et avoid,’ in which the Algerian immigrant Lazhar helps a primary school class come to terms with a tragic loss, while benefitting himself from the innocence of the schoolchildren.”

“Goodbye” by Mohammad Rasoulof (Iran)
“In ‘Goodbye, a young female lawyer tries to leave Iran. This personal, gripping film by Rasoulof, who himself has been the subject of legal persecution in Iran for his films, was made thanks to a contribution from the Hubert Bals Fund.”