Oscilloscope Takes Sundance Opener 'Hello I Must Be Going' 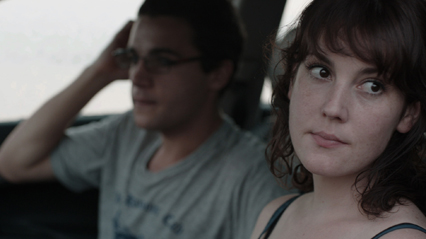 Oscilloscope Laboratories has taken North American rights to Todd Louiso’s divorce comedy “Hello I Must Be Going,” which was one of the opening night films at this year’s Sundance Film Festival.

The film stars Melanie Lynskey as a a recently divorced New York photographer who moves back in with her parents at their suburban Connecticut home.

The deal for the film was negotiated by WME Global’s Liesl Copland and Deb Mcintosh for the filmmakers and David Fenkel for O-Scope.

Oscilloscope is eyeing an August release for the film.

New York, New York (March 9, 2012)—Oscilloscope Laboratories announced today that it has acquired North American rights to Todd Louiso’s HELLO I MUST BE GOING, the comedy that had its world premiere in the U.S. Dramatic Competition at Sundance Film Festival 2012.  Oscilloscope will release the film theatrically later this year.

HELLO I MUST BE GOING stars acclaimed actress Melanie Lynskey (WIN WIN, UP IN THE AIR, 2 AND A HALF MEN) in her break-out role as a recently divorced New York photographer who moves back in with her parents at their suburban Connecticut home.  Initially demoralized and uncertain of her future, Amy begins an affair with a 19-year-old actor that rejuvenates her passion for life and helps her discover the kind of independence and fulfillment she suddenly realizes had been missing for years.

Of the film, Oscilloscope says, “Todd has made the sort of smart, sophisticated, and charming film that we don’t see nearly enough of these days.  Melanie Lynskey is a revelation in the lead role, delivering an incredibly insightful and layered performance that is at the heart of the movie, making Amy both an endearing and honest character.  With its generous humanity and seamless blending of comedy and drama, the movie is reminiscent of classics from directors like Billy Wilder and James L. Brooks, yet it has a distinct and modern sensibility all its own.  We loved it from the moment we saw it at Sundance, and we are thrilled to be working with this great filmmaking team to bring it out into the world.”

“In making the film, we became a close knit group. Todd, Sarah, Hans and I are thrilled to bring Oscilloscope into the family.  We love their taste and are thrilled that HELLO I MUST BE GOING has earned a place on the Oscilloscope slate.” said producer Mary Jane Skalski.

The film co-stars Blythe Danner as Amy’s mother and newcomer Christopher Abbott as her younger but surprisingly wise love interest.   It was written by Sarah Koskoff , produced by Mary Jane Skalski and Hans Ritter.

The deal was negotiated by WME Global’s Liesl Copland and Deb Mcintosh for the filmmakers and David Fenkel for O-Scope.

This Article is related to: News and tagged Acquisitions, Hello I Must Be Going