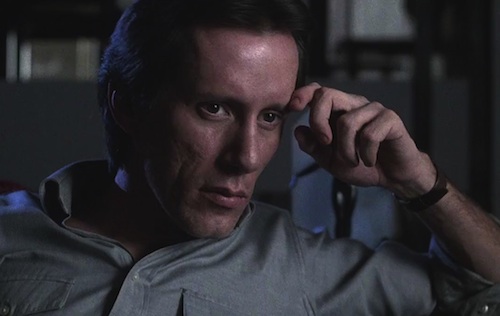 Nowadays, we recognize “Videodrome” as one of the greatest science-fiction movies of the 1980s.  The film has aged remarkably well, as more and more of Cronenberg’s predictions about television — and the Internet, which Al Gore hadn’t even invented when Cronenberg wrote his screenplay — come true.  It’s clear now that Cronenberg saw the shape of the world to come, and recognized that it looked like a man who loved his television so much he wanted to be inside it (for more, check out my video essay on the film from “Ebert Presents At the Movies“).

Back in 1983, though, test audiences were a bit more skeptical.  Over at The Current, The Criterion Collection is celebrating David Cronenberg’s 69th birthday with an absolutely hilarious blog post of test audience comment cards from a “SPECIAL SNEAK PREVIEW” of the director’s 1983 film “Videodrome.”  You need to go to the post to enjoy all nine hilarious cards, but here’s just one to give you a sense of the, let’s say, “reserved” response to the film: 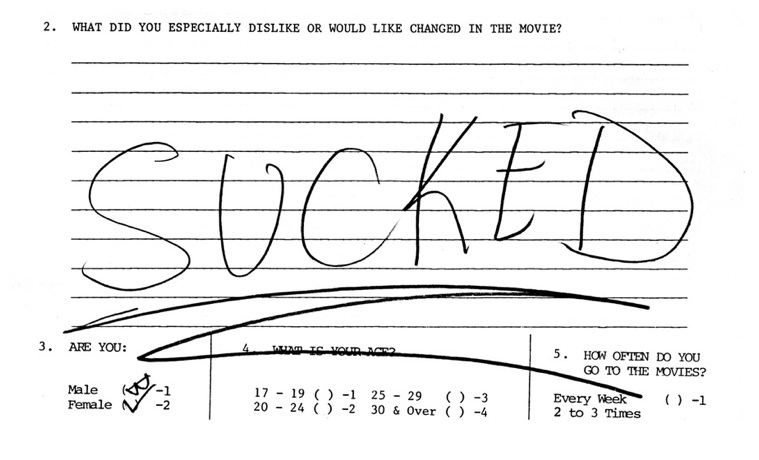 “Now, wait a minute.  Did you dislike that it sucked?  Or would you like the fact that it sucked changed?  I need some clarification here.”

Happy birthday David Cronenberg!  In your honor, I will attempt to pull a flesh gun out of a slimy orifice in my chest. And if that doesn’t work, I’ll just watch “Videodrome” again.

This Article is related to: News and tagged David Cronenberg, Videodrome