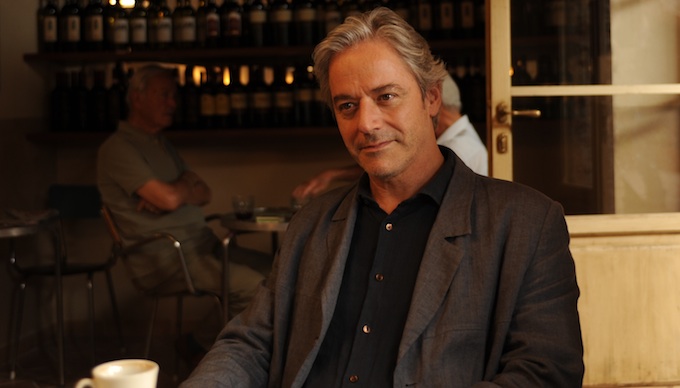 I was looking through the articles, essays, and reviews that Criticwire readers have submitted to our email address — Critic@indiewire.com, plug plug plug, send send send — and I came across an interesting essay by Melissa Tamminga entitled “A Place ‘spacious and strange’: Abbas Kiarostami’s ‘Certified Copy.'”  Tamminga’s piece compares Kiarostami’s latest work to a “long and winding sentence” and explores at length the myriad mysteries and contradictions it contains.  It also comes from an interesting perspective, that of an English professor:

“I encourage my English 101 students, when they approach dense texts and when they need to say something in response to those dense text, to embrace what John Keats described as ‘negative capability,’ that is, the capacity or ability ‘of being in uncertainties, Mysteries, doubts, without any irritable reaching after fact and reason.’  Keats, of course, wasn’t promoting throwing aside facts or reason, and I certainly do not wish my students to do so, but he was implying that when we have the ability to resist panic in the face of uncertainty, to remain calm when confronted by mystery, we then have the ability to dive into the complexity, to see a thing from delightfully multiple angles…”

It occured to me reading Tamminga’s piece that as much as I enjoyed “Certified Copy” — ranked at #5 on my own list of the best films of 2011 — I have enjoyed observing the discussion about the film even more.  Watching the film was really only the first step on an ongoing journey of discovery and satisfaction.  “Certified Copy” is like a bad case of food poisoning: it’s the gift that keeps on giving.  Just when you think you’ve shaken it, you find yourself releasing a whole new wave of, uh, revelations.

No film, in fact, prompted more thought-provoking writing in 2011 than “Certified Copy” and that is why I am belatedly and unceremoniously bestowing it the title of “The Best Film (To Write About) in 2011.”  And now that I’ve bestowed it,  no one can unbestow it.  That’s just how arbitrary and meaningless titles given by an authority-less week-old blogs work.

There’s really no competition either.  What else would you give the title to? “The Artist?” Pfft.  “The Artist” was a fine piece of filmmaking, a canny work of movie nostalgia, and a showcase for one impressively obediant dog.  It presented some interesting opportunities to examine Hollywood’s relationship with — and obsession with — itself, and some writers took advantage of those opportunities (Karina Longworth’s smartly argued post on why “The Artist” was sure to win the Oscar for L.A. Weekly, for example).  But it’s not as if “The Artist” was open to wildly divergent interpretations; it’s not like your understanding of the film was greatly enhanced by the pontifications of a film critic.  “The Artist” gets the Best Picture Oscar, but it does not get “The Best Film (To Write About) in 2011” trophy, which is far more prestigious (just trust me on this).

There were a few other 2011 movies that offered ambiguities for writers to mull over, and might be considered runners-up in this competition.  An open-ended conclusion left critics plenty of fodder with which to dissect my favorite film of 2011, “Take Shelter.”  The similarly vague ending of “Martha Marcy May Marlene” provided its own set of intriguing questions.  The underrated sci-fi film “Source Code” was loaded with more thorny moral issues than many of its critics cared to notice, much less unpack.  And Terrence Malick’s “The Tree of Life” inspired great philosphical musing in some of its viewers.  But even if you total up all the finest writing about all four of those superb films, they still wouldn’t equal the body of critical thought on “Certified Copy,” like this or this or especially this.

Some people didn’t enjoy Kiarostami’s film for the same reason I’m giving him this career-changing award: namely that “Certified Copy” refuses easy answers.  But films that refuse easy answers inspire some of the best writing.  Like any great work of art, authentic or copy, “Cerified Copy” will continue to stir its viewers to think big thoughts about it.  Here is one more for you: in the minds of some characters in the film, a blog post like this one might, in fact, be just as valuable as the post which inspired it.

“Certified Copy” is currently available on Netflix Watch Instantly. What film would you pick as “The Best Film (To Write About) of 2011?”  And what’s the best so far in 2012?  Tell us in the comments below.

This Article is related to: News and tagged Certified Copy