The Search for Indie TV at SXSW 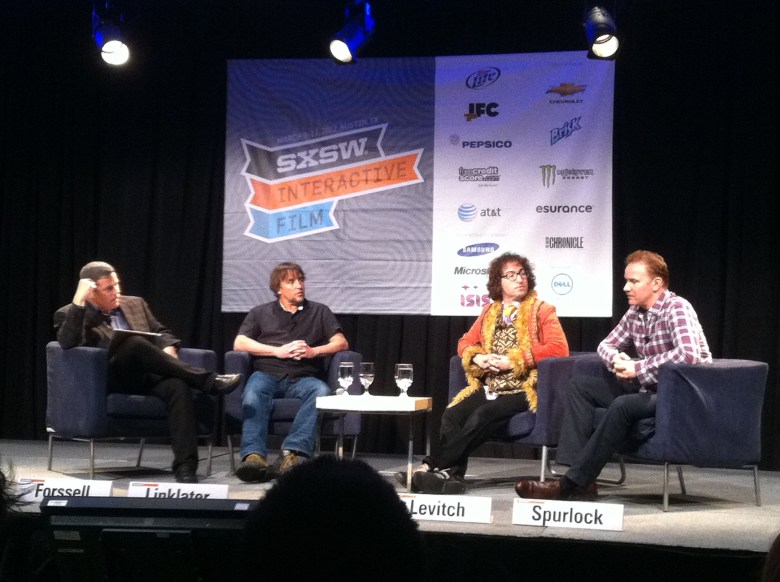 What’s the television equivalent of independent film? It’s a question that was raised repeatedly throughout SXSW this year, alongside discussions of what it looks like and where it will (or already does) live. At a festival in which the porousness of the boundaries between TV and film was evident everywhere, from the omnipresence of HBO’s touting of the Lena Dunham and Judd Apatow series “Girls” to Joss Whedon’s talk about the two mediums post opening night film “Cabin in the Woods,” the introduction of new voices and visions to this still relatively closed world of serialized shows was a hot topic. 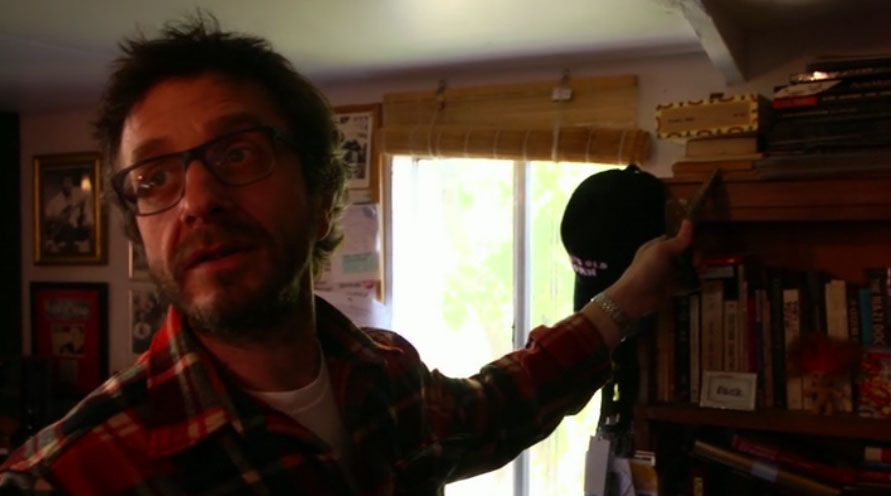 The obvious place to explore this new frontier is online — hence the panel “Changing the Channel: The New Golden Age of TV,” which turned out to be primarily a promotional opportunity for Hulu to show off original programming from two indie filmmakers, Richard Linklater and Morgan Spurlock. The second season of Spurlock’s docu-series “A Day In The Life” just launched on Hulu, with the first episode focusing on comedian and podcaster Marc Maron, while Linklater has an upcoming show, “Up to Speed,” based around sui generis tour guide Timothy “Speed” Levitch, the subject of Bennett Miller’s 1998 doc “The Cruise.”

Both Linklater and Spurlock talked about how they’d pitched their series to traditional networks with no success — Linklater because “it was too crazy for the History Channel and the Travel Channel, and it didn’t feel like there was a home” and Spurlock because his idea was so cast contingent.

“When we hear ‘it didn’t fit’? We love to hear that,” said Andy Forssell, Hulu’s SVP of content. Both filmmakers spoke of the freedom offered them by the online platform and the lack of need to confine to a specific network’s branding. Despite the pair’s prominence, the majority of the Q&A volleys were aimed at Hulu, suggesting that the idea of original programming on the site remains of more interest to people than its actual substance.

Forssell was adamant about placing Hulu, who also have a scripted dramedy called “Battleground” and are the exclusive licensor of shows like the UK “Misfits,” on a level with the networks. “We’re making TV, and on Hulu it’s going to be sitting next to what was on TV last night,” Forssell noted, which would also explain the half-hour episode length of Spurlock’s series (which has been licensed for broadcast internationally) and the once-a-week releasing plan. But the panel that followed Hulu’s was less concered with having to keep up with what’s on air. 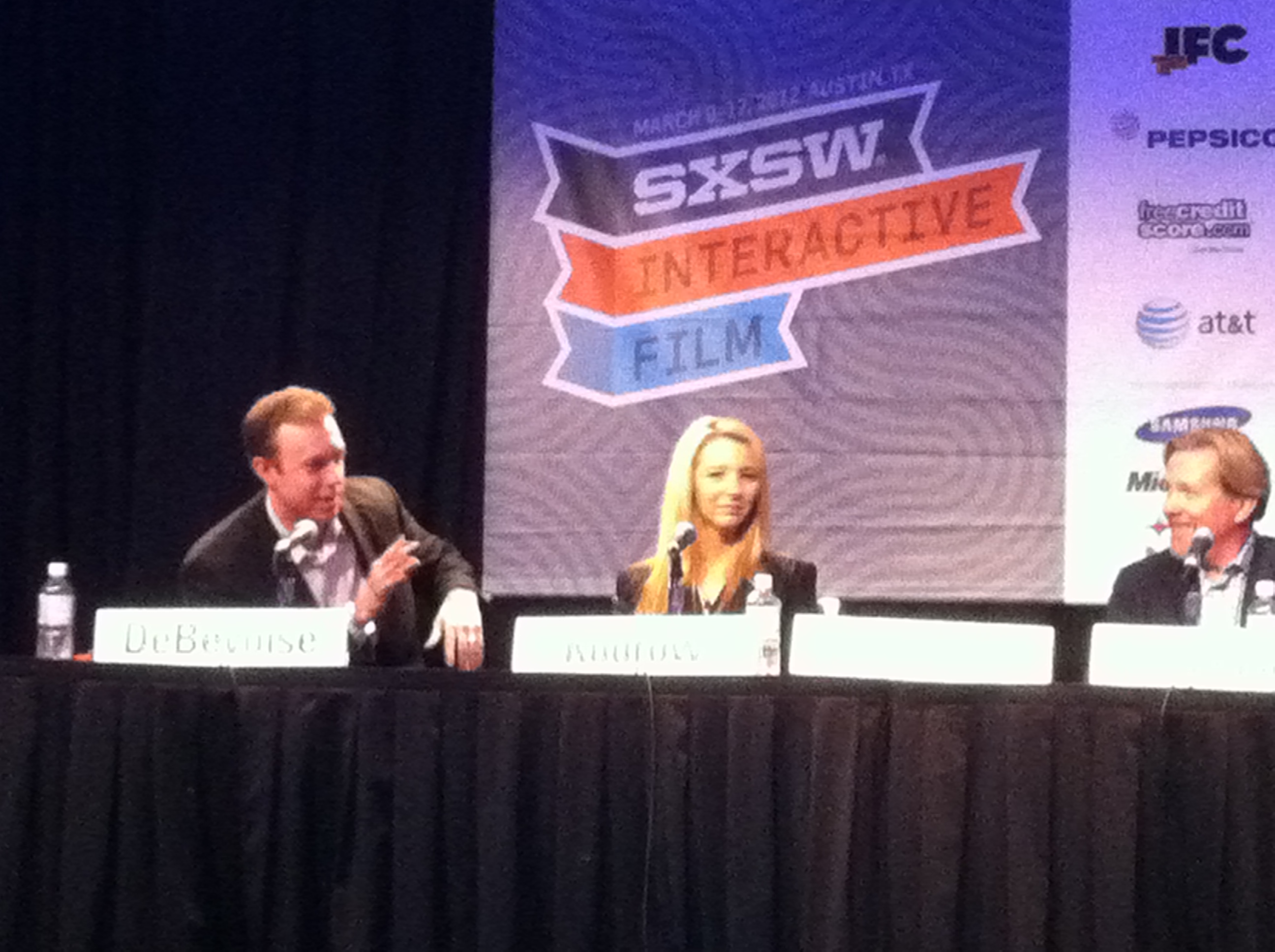 “Web Originals: Television’s New Guinea Pigs” united Lisa Kudrow, advertiser Brian Terkelsen and CBS Interactive’s Marc DeBevoise to discuss web series that were created for and that didn’t necessarily aspire toward moving to or competing with linear TV. Kudrow’s “Web Therapy” actually did become a Showtime half-hour series, the second season of which is slated to air this year, but she and co-creators Don Roos and Dan Bucatinsky started it as a creative outlet: “Nothing bad can happen if it doesn’t work out, if it does, we can look like we’re very smart!”

“There’s no reason why the online world needs to mimic the television world,” said Terkelsen, “Maybe online is going to not replace it but enhance it.” Kudrow pointed out that pitching a web series remains very difficult and that there’s still a stigma attached, explaining that she gets pity-filled comments like “Oh, you’re doing a web series? Oh.” But that used to be how people talked about cable, she noted, also making a comparison to indie film.

Online is not longer just the place “where you throw your pilots that didn’t make it,” added DeBevoise. “We’re at that tipping point where that’s not longer true.” 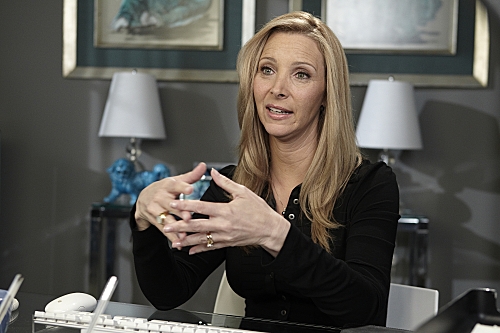 And even though questions of how people or companies can make money off web series remained opened, the panelists were all very optimistic about the business shifting and coming around to these new forms of content even if they don’t prove to be de facto pilots for more traditional series.

And there are definitely start-ups sharing this hope as they search for a place in this new space. I met with Aubrey Levy, whose Mobcaster aspires to be the premiere platform indie TV, combining crowd funding with curated series hosting and possibly serving as a place for networks to find their next shows. “You don’t see a lot of guys going out there and making an independent TV show on their own,” he pointed out, though you don’t really need any more resources than you would an indie feature, because once you’ve made it, “what do you do with it?”

Networks, he said, prefer scripts they can develop themselves over completed series, and it’s a challenge to get and maintain an audience on traditional video portals like YouTube, particularly with longer-form content. He feels Mobcaster can become a destination for original online series — “Everything up here is TV, which means the audience is coming here just to see that.” 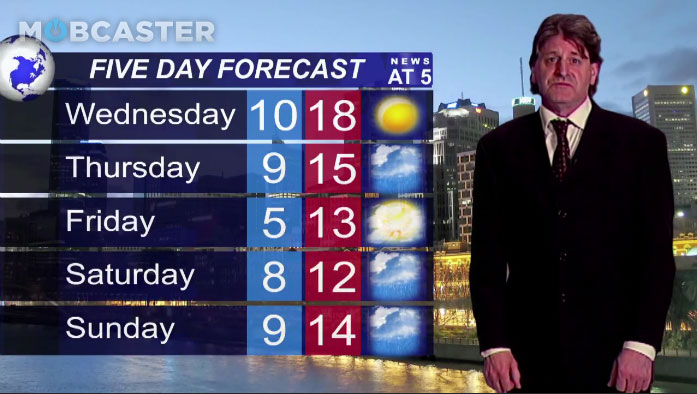 Luring audiences to a new video site is obviously going to be a challenge, but Mobcaster’s aiming for properties that can prove they have a potential following via the Kickstarter-style pilot and then series funding process. And they’ve already got a series in the works — “The Weatherman” is an Australian half-hour comedy that’s raised over $73,000 for its first season (you can see the pilot episode here).

What kind of audiences it’ll be able to attract remains to be seen, but it’s without a doubt an impressive feat of funding. Like Hulu’s series and like Kudrow’s, the main hurdle seems to be getting taken as seriously as what’s on the linear networks, by viewers and by those who could put up the money for new episodes, especially if the groups are one and the same.