The Top 10 Critics To Follow During SXSW (For Now) 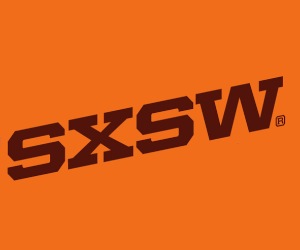 Over the next week and a half, dozens of critics will report on the quality of films at this year’s SXSW Film Festival, which starts tonight. It’s no easy task to work on constant deadline in Austin’s adrenaline-fueled bubble of southern-fried fun (especially since a lot of the theaters encourage you to drink). But a similarly daunting task faces anyone interested in following the coverage from elsewhere. And so we’ve assembled this guide to a few of the reliable critical voices at this year’s festival as a starting point.

Readers wanting to keep track of the good and bad from the lineup should turn to these writers for consistently sharp and entertaining views on a number of the 132 features screening around Austin’s lively downtown area. That means not only paying attention to their reviews but following them on Twitter and checking out their other work, as many of these people also tend to produce interviews and features showcasing a lot of the notable films and filmmakers at the festival.

Of course, we would be remiss not to point out that the Indiewire main site  will have daily reviews from SXSW courtesy of yours truly (and, hey, I’m on Twitter, too) as will our blog network brethren at The Playlist. Criticwire’s own Matt Singer will be on the ground covering the festival for a few outlets in addition to updating this blog when he can (assistant editor Steve Greene will throw in a few assists, as will I). Starting tomorrow, check the blog for daily roundups of SXSW reviews from all over the place.

A quick disclaimer: There are many, many other terrific critics at SXSW this year whose exclusion from this list should not signify a condemnation; we have to draw the line somewhere, and 10 felt like the right number for now. However, if you know of some really great critics covering SXSW not included here, please let us know in the comments section below or by sending an email to Critic@indiewire.com.

Why He’s On Our Radar: One of two senior film critics for the nation’s oldest trade (along with Justin Chang), Debruge brings a combination of youthful enthusiasm and serious critical analysis to his reviews of big studio tentpoles and microbudget indies alike.

Sample Work: On the new “21 Jump Street”: “Why bother packaging the story as a male-bonding experience if the plan is merely to undermine it with vulgarities and homophobia?”

Why He’s On Our Radar: Formerly a blogger for IFC, Saito’s smart, informative reviews maintain a nice balance between perceptiveness and a conversational tone.

Sample Work: On “Detachment”: “Kaye’s lack of subtlety is made up for by his facility with images, which even as they include Nazi propaganda and gonorrhea-infected vaginas (in the film’s funniest scene, no less), somehow work in that indescribable harmony that’s the mark of a true artist.”

Why He’s On Our Radar: Faraci rose to prominence as a feisty web-based critic for CHUD.com before the Alamo Drafthouse poached him last year to kickstart Badass Digest, where his alternately enthusiastic and caustic reviews continue to stand out in the endlessly crowded realm of fanboy fervor.

Sample Work: On a major plot twist in “Twilight: Breaking Dawn”: “This is why Thomas Edison invented this shit in the first place. So we could see a werewolf fall in love with a baby.”

Why He’s On Our Radar: Leydon’s been an established name in this racket for years, having served as the film critic for The Houston Post from 1982 until 1995 and contributing to countless other publications since then (including the western magazine Cowboys & Indians, making him an ideal Texan critic). His reviews reflect that knowledge base, but his vibrant writing style ensures that he never comes across as condescending to his readers.

Why He’s On Our Radar: For years, McWeeny was known only as “Moriarty” for Ain’t It Cool News, where the energetic critic (and occasional screenwriter) first made his mark with enthusiastic takes on a wide variety of cinema, mainly of the genre variety. At Hitfix, he continues to maintain his strong opinions while pushing to explore movie fandom in deeper ways.

Sample Work: On “Thor”: “We are only ever as good as the movies we are given to write about, and when I’m done with all of this in the future, will the sum total of my work be varying opinions about how well people crafted movies that primarily deal with dudes in funny costumes beating the hell out of each other?”

Why He’s On Our Radar: Rocchi’s wise, eloquent reviews are also frequently hilarious; more than a film critic, Rocchi often uses studies movies for the way they speak to the world around us.

Sample Work: “That bold big-screen special-effects sentiment and sensitivity makes ‘Inception’ stick emotionally — dreams are a place where you can literally be trapped in your feelings, a place where your guilt will literally kill you.”

Why He’s On Our Radar: Tully kickstarted Hammer to Nail a few years back and quickly established it as a reliable destination for insightful coverage of microbudget films. A filmmaker himself (“Silver Jew,” “Septien”), Tully is unlikely to write about films he doesn’t like, but he’s a terrific champion of daring new voices that would otherwise fall by the wayside.

Sample Work: “For better or worse, an epic gestation period like the one surrounding ‘The Tree of Life’ couldn’t do anything but create an unavoidably heightened aura of expectation that would negatively influence a first encounter with it.”

Why He’s On Our Radar: The ultimate Twitter Critic, Weinberg embraces his loudmouth tendencies by spewing his brain drippings to a legion of online followers in real time. But here’s the thing: They’re good brain drippings. Formerly managing editor of Cinematical and still a contributor to Movies.com, Weinberg’s geek-tastic enthusiasm for horror and science fiction films is so infectious that even when you don’t agree with him you still come away sharing some of his excitement.

Sample Work: “Take the location (and, to a degree, the characters) of John Carpenter’s ‘The Thing,’ toss them into act one of Frank Marshall’s ‘Alive,’ and then have them struggle through a gritty survivor ‘horror’ film involving a pack of angry and highly territorial wolves, and that’s sort of what Joe Carnahan’s ‘The Grey’ feels like.”

Why She’s On Our Radar: Yamato’s genial writing voice results in an accessible style that enables her to evaluate movies in terms of their pop culture value without veering too far from discussion of the movies themselves.

Sample Work: On the latest “Mission Impossible” sequel: “In a way, the totally ’90s elements work within a larger sense of nostalgic self-awareness that flickers in and out of the film’s consciousness.”

Why She’s On Our Radar: Also a contributor to Reverse Shot, Zaman’s insightful criticism is some of the best writing you’ll find on the increasingly dense amalgam of aggregated content and original work on HuffPo, full stop. Zaman’s festival dispatches capture the fun of the environment while also bringing the discipline of a committed cinephile.

Sample Work: Comparing “Let the Right One In” with “Let Me In”: “At the disturbing heart of both films is the idea that Abby is not the only monster in the story, that many children, bullies and victims alike, are inherently capable of cruelty.”

This Article is related to: News and tagged Devin Faraci, Farihah Zaman, From the Wire, Michael Tully, South By Southwest Film Conference and Festival (SXSW)