True/False 2012 Kicks Off With An 'Undefeated' Homecoming 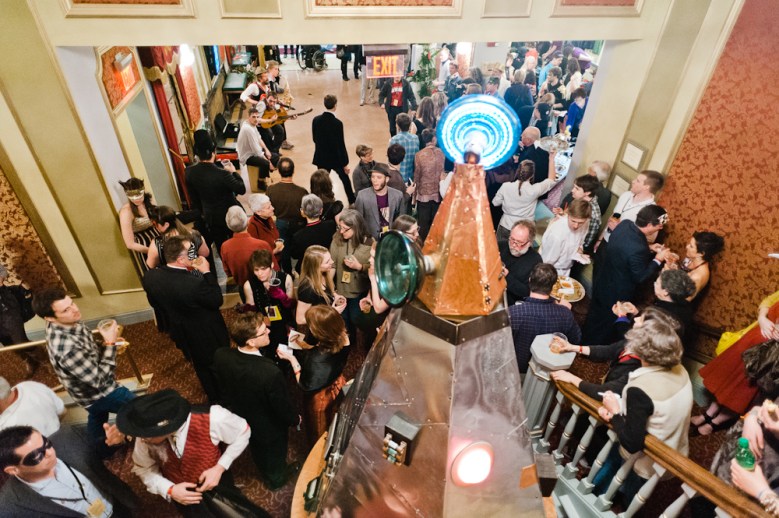 “This might be the biggest crowd that’s ever sat in one room and seen this movie,” “Undefeated” co-director Dan Lindsay said on stage at the Missouri Theater in Colombia, Missouri last night.

Preceded by a festive masquerade-themed jubilee in the theater’s lobby, the event kicked off the 2012 True/False Film Festival. It also marked a significant homecoming for Lindsay, who alongside co-director T.J. Martin won the Oscar for best documentary feature just five days prior.

“This is a total honor for me,” he said after being introduced by True/False’s David Wilson and Paul Sturtz. “I don’t know if you guys know, but I went to the University of Missouri here in Columbia.”

Coincidentally, T.J. Martin was absent from the screening because his own alma matter — Western Washington University — had scheduled him to present the film that same night.

“I don’t know if you saw the Oscars or not, but [not having T.J. here] will definitely keep the f-bombs to a minimum,” Lindsay joked.

Lindsay explained that when he was a senior at the University of Missouri was when the Ragtag Cinema — one of True/False’s most beloved venues — opened up.

“It was the first time in my entire life that I lived in a town that had an art house theater,” he said. “I’m pretty sure the first I ever saw was ‘The Eyes of Tammy Faye.’ And I saw everything that came there… So for these guys to invite me back here to show this film is a total honor. To be able to in Columbia, which is a town I just absolutely love and come back to as often as I can… It’s incredible.” 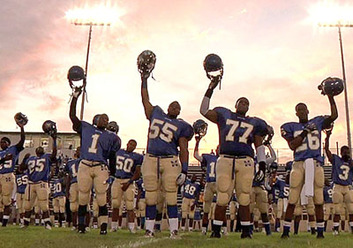 “Undefeated” — which is currently in theaters care of the Weinstein Company — follows the lives of the coach and players of an inner city high school football team in North Memphis. Sort of a real-life “Friday Night Lights,” the film portrays a real-life underdog story with considerable emotion and affect.

“While this is obstensibly a football movie,” Lindsay said on stage. “The reason we wanted to make it and the reason we fell in love with the story was more the characters and the honesty that they gave us.”

He said that one thing he regretted with his Oscar speech was thanking the subjects of the film.

“On the red carpet you should say this first so you make sure you get it in,” Lindsay said. “And she was right. So listen to your moms. Because this film is a complete testament to the people we followed and the trust that they gave us… I really do believe that the film you’re about to watch is because of the trust and the emotional intimacy that they afforded us.”

This Article is related to: Festivals and tagged The Weinstein Company, True/False Film Festival, Undefeated