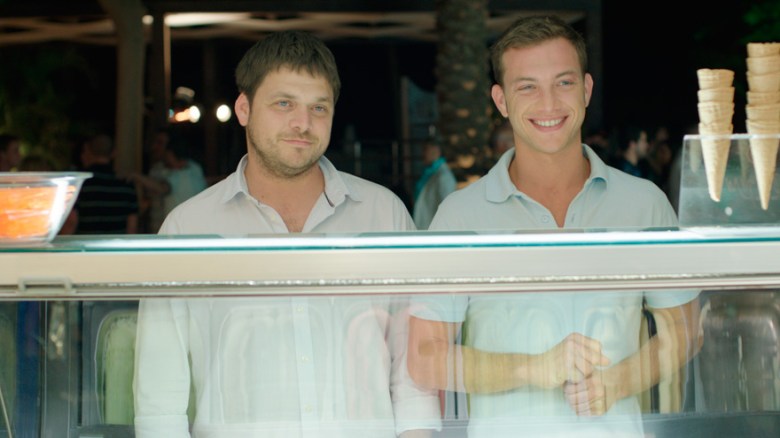 Unlike this year’s Sundance, where “Beasts of the Southern Wild” cemented its status as the Sundance feel-good after seemingly everyone got behind it early, the Tribeca Film Festival program has divided critics. Rather than one film catching the attention of the masses, the reviews from our Criticwire members were more spread out at Tribeca. C and C+ grade averages dot the landscape. Nevertheless, there have been a handful of films that have either fared well or gained notoriety for various reasons. Here’s a look at some of films that have provoked strong reactions from critics.

The World Narrative category at this year’s festival featured a dozen films that mostly landed in the dreaded B- to C range of apathy. These include the promising (“The Girl,” a David Riker/Abbie Cornish collaboration, now stands at a C+), the curious (hipster isolation drama “First Winter” also has a C+) and the not-so-surprising (vampire romance “Jack and Diane” has a solid C, including a rating from a critic who deemed it the “worst film ever”).

One that has established itself is “Yossi,” Eytan Fox’s follow-up to “Yossi & Jagger,” a film centered on love in the Israeli military that made a splash when it played at Tribeca back in 2003. “Yossi” takes place a decade after the events of its predecessor, with Ohad Knoller returning in the title role. This latest installment, co-written by Itay Segal, was one that came highly praised by the festival’s Director of Programming Genna Terranova (you can read our post-lineup-announcement interview with her here).

Indiewire’s Eric Kohn shares in that estimation, as he wrote in his review: “There’s an immediate sense that Fox and Segal have brought a more considered approach to Yossi this time out, gradually seeping in the atmosphere of his life before building on the tensions he continually tries to contain…The intimate perspective of Yossi’s routine allows the filmmakers to create a variety of moods, resulting in a story that’s alternately sad and humanely funny in an understated way.”

“War Witch (Rebelle)” premiered at Berlin earlier this year, but as a part of the World Narrative competition at Tribeca, which it won last night, it has attracted even more attention. Following a string of personal tragedies, a young pre-teen girl Komona manages to escape the horrors of being an African child soldier, only to be drawn back into the world of violence and confusion. Shadow and Act’s Tambay Obenson concisely described Canadian director Kim Nguyen’s film as “like a piece of hell in heaven.” Although Obenson takes umbrage with some of the narrative choices that Nguyen makes (setting the film in a nameless area of the continent, portraying African poverty in a way that he calls “trite and tiresome”), he adds that “not that any of this completely ruined my viewing experience; it’s a picturesque, and even somewhat hypnotic, yet raw film, with strong acting and direction.”

We’re guessing that it’s probably a coincidence that two of the best-reviewed films of this year’s festival slate have the word “Planet” in the title. That would be “Planet of Snail” and “Journey to Planet X.”

Reading the first paragraph of the synopsis on the film’s Tribeca film guide page, it’s hard not to imagine this Korean film as a subtle work of fiction. Young-chan lives a sheltered existence as a blind man who yearns to be a writer, only to meet Soon-ho a woman with a spinal disability. The loving relationship between the two grows as they depend on each other in their daily lives.

Writing at Twitch, Christopher Bourne calls “Planet of Snail” his “personal favorite” of the festival, primarily for what the film opts not to indulge in. “It most emphatically is not a maudlin, earnest social-problem documentary that dwells on the difficulties of their existence and holds [Young-chan and Soon-ho] up as sentimental objects of pity,” he writes. Instead, what unfolds is a portrayal of two people who “are a good deal more in tune with and attentive to the world they live in than most of us so-called able-bodied folks.”

Perhaps one of the most self-referential documentaries to play at Tribeca, “Journey to Planet X” charts the efforts of two scientists (Eric Swain and Troy Bernier) in their attempt to produce a science fiction short. The result is a nonfiction exploration that plays, as Eric Kohn asserts, better than the film that eventually gets finished.

As an added bonus, Kohn wonders if directors Myles Kane and Josh Koury have created a film that criticizes the very nature of the independent film scene. “Filmmakers are often beaten down by the endless pressure to perform, hustle and network along the film festival circuit,” he writes, adding “that hectic cycle is a world away from the tiny bubble in which Swain and Bernier work.” Joe Bendel argues that Swain and Bernier’s dedication adds a special layer to the proceedings. “Whether they pull it off or not, they are really going for it, which is cool to witness,” he writes.

Planet of Snail: A

Journey to Planet X: A-

The Bizarre Titles of Varying Success 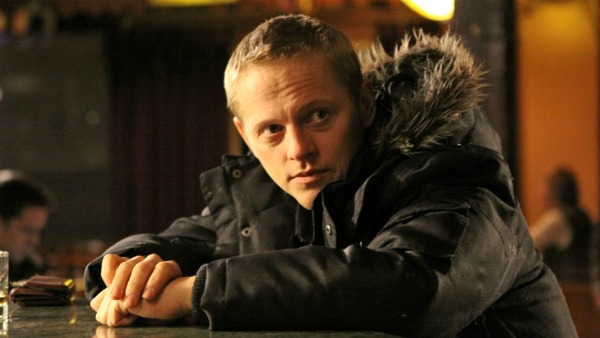 In case you’re wondering, “Eddie – The Sleepwalking Cannibal” offers a quite literal depiction of the title character and his odd personality quirk. The film stars Thure Lindhardt (who, with this movie and “Keep the Lights On,” is having quite a 2012 so far) as Lars, who soon discovers Eddie’s dark somnambulant side after sheltering him. DB Borroughs is convinced that “Eddie” is destined for cult classic status, writing that “it’s a damn funny movie that milks its twisted take on things all the way to the end.”

The Playlist’s Christopher Bell is less convinced, but still acknowledges that some audiences will likely revel in the dark laughs. “Save for some screenwriting hiccups (which are eventually overshadowed anyway) and a general lack of flair in the horror department,” Bell writes “it’s a very competent black comedy, one that should please audiences looking for something with some bite.”

If James Franco has mastered one thing over his last decade of being in the public eye, it’s generating a buzz. The actor’s latest project, “Francophrenia (Or: Don’t Kill Me, I Know Where the Baby Is)” is the product of his stint on the soap opera “General Hospital.” Repurposing footage from his time on set, the resultant offering is a mixed bag of horror and satire that has failed to win over critics. The feedback has ranged from the loathsome (Joe Bendel declares that “‘Francophrenia’ is not a film, nor is it a concept”) to the exasperated (Melissa Hanson says of the runtime, “even at 70 minutes, it felt like 3 hours, as nothing is resolved or accomplished.”) However, one notable outlier is The Playlist’s Brandon Harris, who concludes his review by hailing the film as “a true marvel of the doc/fiction hybrid, a slender and seductive treatise on the edges of madness that may one day compare favorably with other works of American filmic experimentation as masculine meltdown, such as Jim McBride’s “David Holzman’s Diary” or Moses Milton Ginsburg’s ‘Coming Apart.'”

Eddie – The Sleepwalking Cannibal: B

Francophrenia (Or: Don’t Kill Me, I Know Where the Baby Is): C-

The Tribeca program is scattered with films that have premiered elsewhere over the past six months and have been discussed in Indiewire’s many corners over that time period. But now that another wave of reviews have been added, there are a few films that have sustained their critical goodwill.

The French action film “Sleepless Night” dazzled at Toronto in 2011 and has still yet to earn anything lower than a B+ from our critics. (In some ways, this seems to be the heir apparent to “The Raid” in the Fast-Paced Festival Film That Everyone Loves department.) To the list of film writers who applaud Frédéric Jardin’s tale of an enigmatic father searching for his missing son, add The Film Stage’s Kristy Puchko: “Basically, ‘Sleepless Night’—from its performances to its twisted plot to its impeccable action setups—is a well-oiled machine…Mark my words: This will be a landmark film that action auteurs will attempt to copy or best for years to come.”

Lynn Shelton’s “Your Sister’s Sister” is also faring well in its latest post-Toronto venue. Another tale of three individuals caught in an uncomfortable triangle of a relationship, in the vein of her previous “Humpday,” Shelton is rejoined in front of the camera by Mark Duplass, along with Emily Blunt and Rosemarie DeWitt. Caryn James writes in her Tribeca review that the plot, involving half-sisters, breakups, death and best friends, “is not a scenario most directors could or would even want to pull off, but Shelton and her actors make it more than believable – it’s actually touching.”

A pair of documentaries that fared well in Manhattan after other various global stops include Keanu Reeve’s “Side by Side” and the rock documentary “Searching for Sugar Man,” both holding on to a current B+ average.

Your Sister’s Sister: B+

Searching for Sugar Man: B+

The Impending Best of the Bunch?

For the purposes of this article, when dealing with such a small sample size, it’s difficult to declare any of these averages as definitive. Among the initial feedback that we received, there were some films that received only one or two reviews, but drew raves nonetheless.

One of them is Arnon Goldfinger’s documentary “The Flat,” which centers around the process of sorting through the belongings of the director’s late grandmother. As DB Borroughs writes: “At first I wasn’t too thrilled with watching what seemed to be a bit more than a home movie. Frankly, if I had stumbled into the film on TV or DVD, I would have hit the fast forward or turned the station.”

But what Goldfinger finds among those remains (something that’s revealed relatively early, but still warrants unspoiling) is what takes the film, as Borroughs describes it, “from merely okay to truly compelling.” So far, it has pulled the rare double “A+.” If the film gains traction post-Tribeca, it will be curious to see if other critics concur.

(Note: The Criticwire grades listed here are reflective of the averages at the time of the story’s publication. As with those of all films, they’re subject to change throughout the coming weeks, months and years.)

This Article is related to: Features and tagged Francophrenia (or: Don't Kill Me, I Know Where the Baby Is), Journey to Planet X, Planet of Snail, Searching for Sugar Man, Side By Side, Sleepless Night, The Flat, Tribeca Film Festival, War Witch (Rebelle), Yossi, Your Sister's Sister