Danny McBride on 'Eastbound & Down': 'There's other stuff we'd like to do' 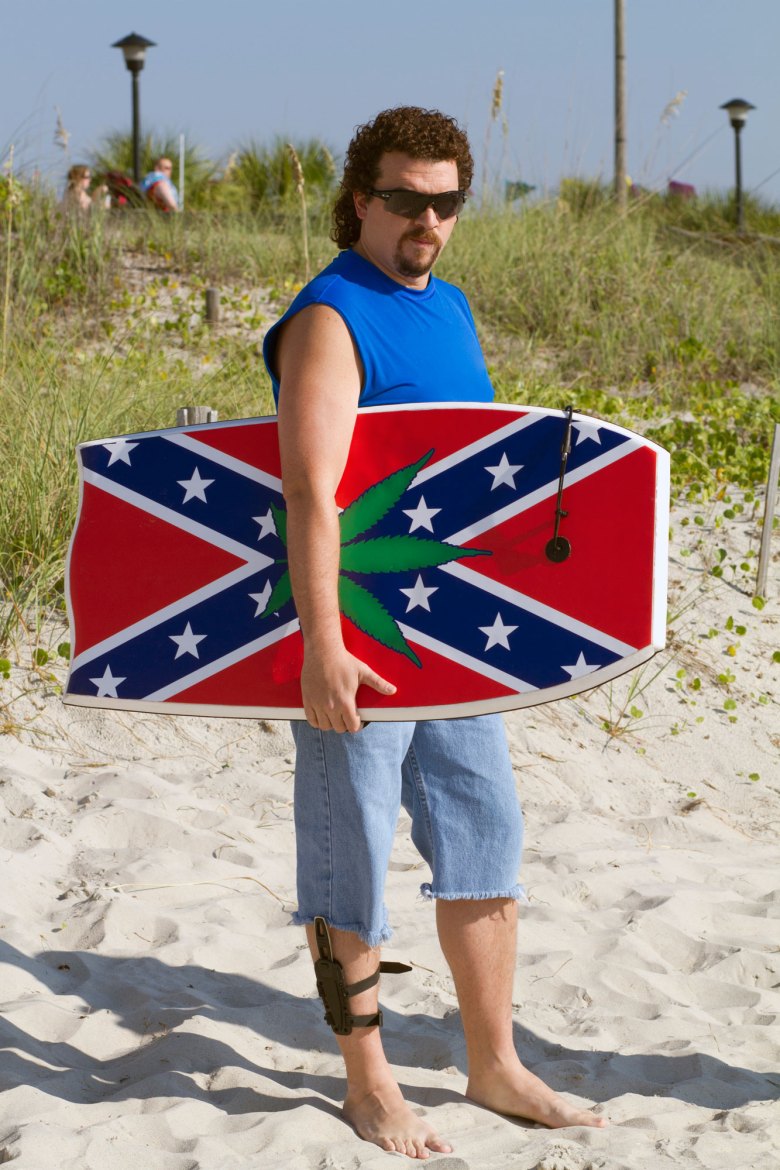 Yesterday, we checked in with “Eastbound & Down” co-creator Jody Hill to discuss the progress of his HBO show, which concludes its third — and possibly last — season on Sunday night. While Hill and Ben Best did a lot of the behind-the-scenes work that gives the dark comedy-drama its strange, raunchy and oddly touching qualities, nobody has done more to distinguish “Eastbound” than Danny McBride, now widely known for his leading role as the foul-mouthed pitcher Kenny Powers. McBride, who went to  film school with his colleagues, created the show with them and also co-wrote it.

While he’s clearly comfortable (some might even say too comfortable) in front of the camera, McBride has plenty of ambitions behind it, having recently announced plans to direct an adaptation of the Danish comedy “Clown.” He’s also got a number of upcoming roles in the pipeline, reason enough to assume that more seasons of “Eastbound” aren’t in the immediate future. McBride spoke with us about how the show has fulfilled his expectations and what he hopes to do next.

Do you get to take a vacation now?

I should. No, I’m gearing up to go down to New Orleans to do “The Apocalypse” movie with Seth Rogen, Evan Goldberg, all those guys. I’m looking forward to some time in the French Quarter with all those nerds.

When “Eastbound” started, it wasn’t a major hit, and you weren’t a huge star. By the second season, you were appearing as Kenny Powers in commercials for K-Swiss. Was the eruption of attention toward the show a surprise for you?

The whole experience of “Eastbound” has been completely unexpected and super-surprising every step of the way. We’ve operated from the get-go like we’d never have the opportunity to see it all the way through. Even when we put the pilot together, at that point the opportunity to shoot something on film was cool to us. We were just coming off of “Foot Fist Way,” and thought this was a cool way to get someone to pay for us to make something else we can shoot on film. This was just us getting the chance to make a 30-minute mini-movie.

When it got picked up as a series, we figured we wouldn’t get picked up beyond the first season so we had to make this one count and have it, at the end of the day, just make for a really weird movie if you watched them all together. So we’ve always come at it from the angle of people not getting it and we wouldn’t be able to continue doing it. Being at the place right now where we’ve wrapped up the third season and told the story we only imagined we’d be able to tell, and even had these endorsements with K-Swiss, it just blow my mind and Jody’s.

Did the influx of fans have any impact on your perception of the character?

It’s weird. A season is about a year out of our lives — from the time we start writing to shooting and editing it. That’s a year where we stay pretty much in an office. So even when the first season was over, I don’t think Jody and I caught on that there were so many people into the show until the second season started to come around. Then we started hearing about these different bands and other people who were into the show. Jody and I aren’t really present on Facebook or Twitter, so we didn’t know that it was something that was catching on the way that it did. 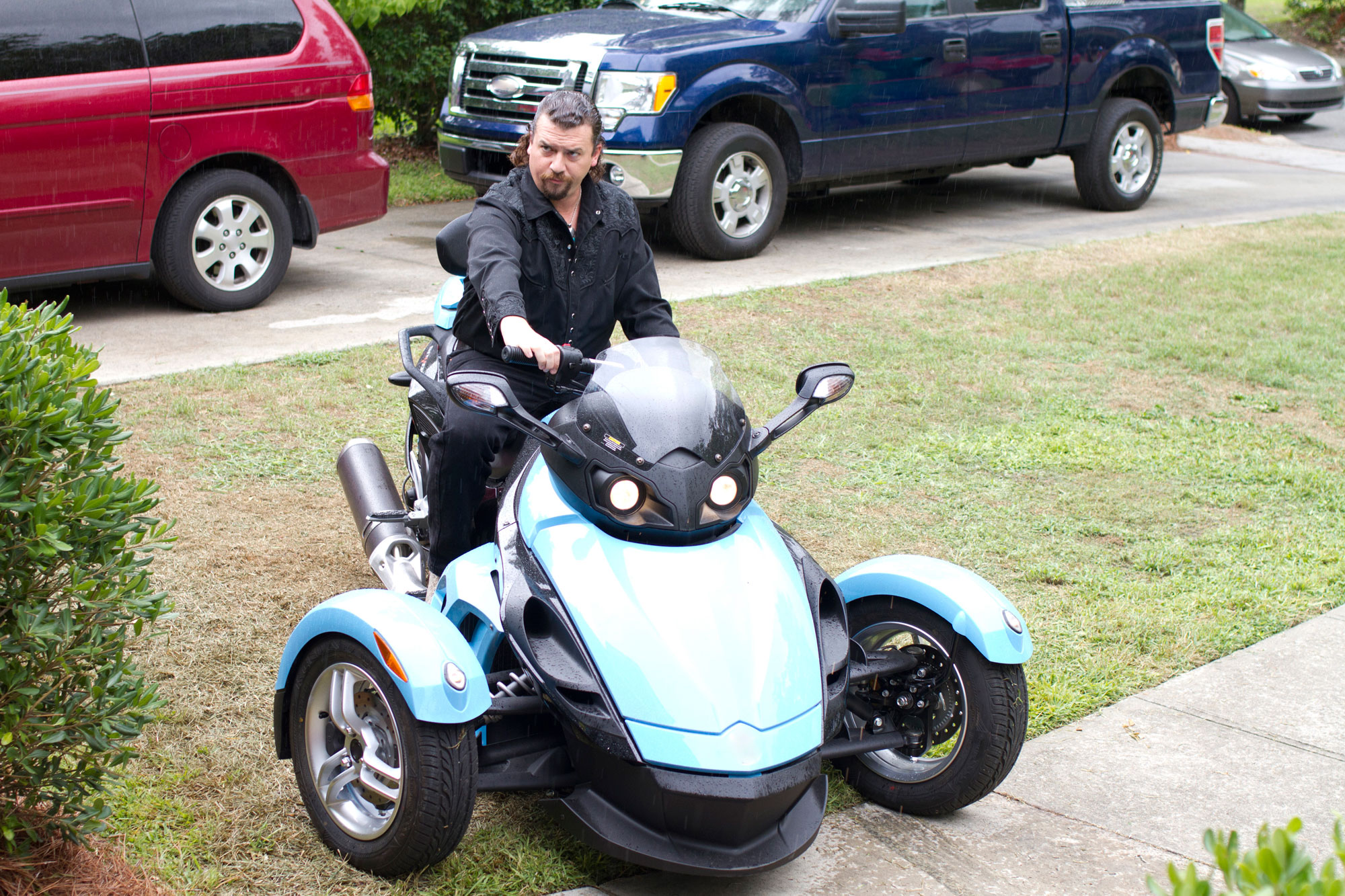 So it never really affected us creatively. We were always holed up doing what we wanted to do. I think it gets tricky when you start following what the fans expect. That’s the one thing about television: With a movie, it’s a fully realized thing that you can experience in an hour and a half.

With a TV show — especially with this, where we really wanted each season to be an act in the story — you really have to stick to your guns with the story you want to tell. If you see it on an individual basis, you’re like, “Oh, people are responding to this, we should do more of this next time.” It’s a good way to lose the essence of what you’re trying to do.

People must come up to you on the street and say, “Fuck you, Kenny Powers.”

All the time. [laughs]

Do you remember when that started happening?

It would happen once in a blue moon during the first season. Then after the second season, I remember me and some friends went to Vegas, and I was definitely getting recognized a bunch. That was the first time when I thought, “Oh, fuck, this is nuts. These people have all seen this show.” That was mind-blowing. At this point, it’s just flattering; talk to me in 10 years and if people are still saying “Fuck you, Kenny Powers,” I might say something different. But we worked so hard on this show that when you meet people who watch the show, it’s just exciting and feels like we’re reaching people. 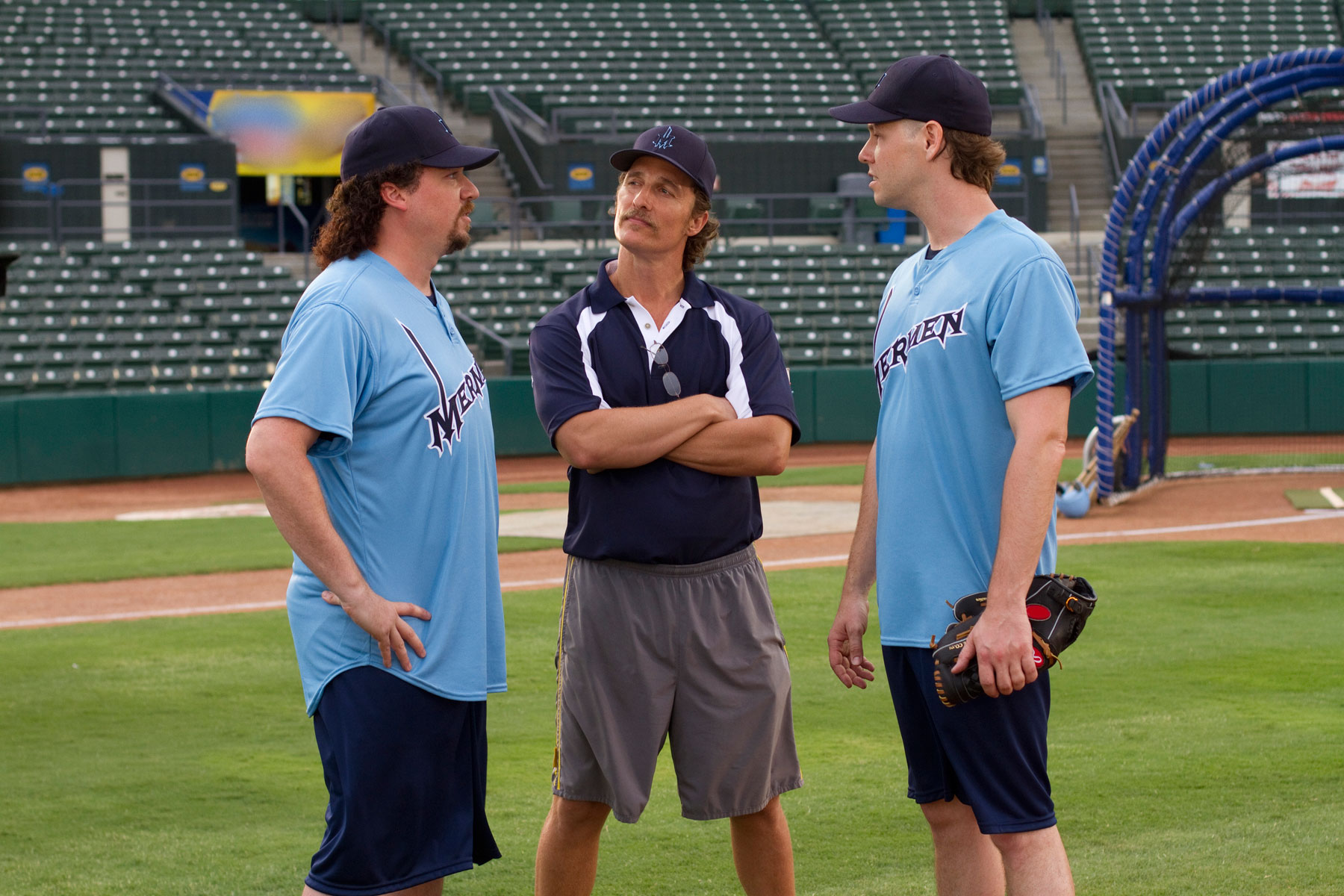 Do you ever feel like you need to reassure people that you’re not actually like Kenny Powers in real life?

I don’t feel like I have to do prove myself to anybody, but just how I function in my regular life, when people start talking to me, they realize I’m just not the same guy — as disappointing as that might be for some. [laughs]

And yet you’ve definitely got a knack for playing people who are hard to like. Kenny Powers isn’t so different from Fred Simmons, your character in “The Foot Fist Way.”

Yeah, it definitely sprung from “Foot Fist Way.” It wasn’t like up until that point Jody and I had only written about anti-heroes. That was sort of a new concept that Jody and I, when we started writing it, hadn’t been reflected in the other stuff we had worked on individually at that point. As we started writing that character, his confidence started to be something that we were really digging at.

Obviously, I’m playing the guy, so he’s not going to be good at martial arts. I’m not in shape, I’m not good-looking, and so this dichotomy started coming out of it where we had this guy who was just full of fucking hot air and being an asshole to everyone. Creatively, we started to really get into it.

At the end of the day, it’s not just about this guy being a son of a bitch; it’s about something deeper. I think we just started to scrape the surface with “Foot Fist Way.” We only had like three weeks to shoot that. When it was done, Jody and I were like, “We want more of that.”

We thought about it. Was it a movie? Well, an hour and a half movie with that character would follow all the same beats as “Foot Fist Way.” It’ll just be a different dressing of the same guy. With a TV series, we could really stretch this out to get a better understanding of the guy.

Which is still a pretty radical concept.

Everybody didn’t get it at first. During the first season, when you’re still getting to know Kenny Powers, it’s a pretty fucked up character saying some pretty fucked up things. Even when we were showing it to HBO at the beginning, when those first few episodes came in, it was like radio silence from them for a few days.

They were basically like, “What the fuck have we let these guys do? They’ve created this character who’s such a cocksucker; nobody’s gonna watch this.” Then as we delivered more episodes they started to get that that was the point. You have to start at one point and it’s all about breaking him down. 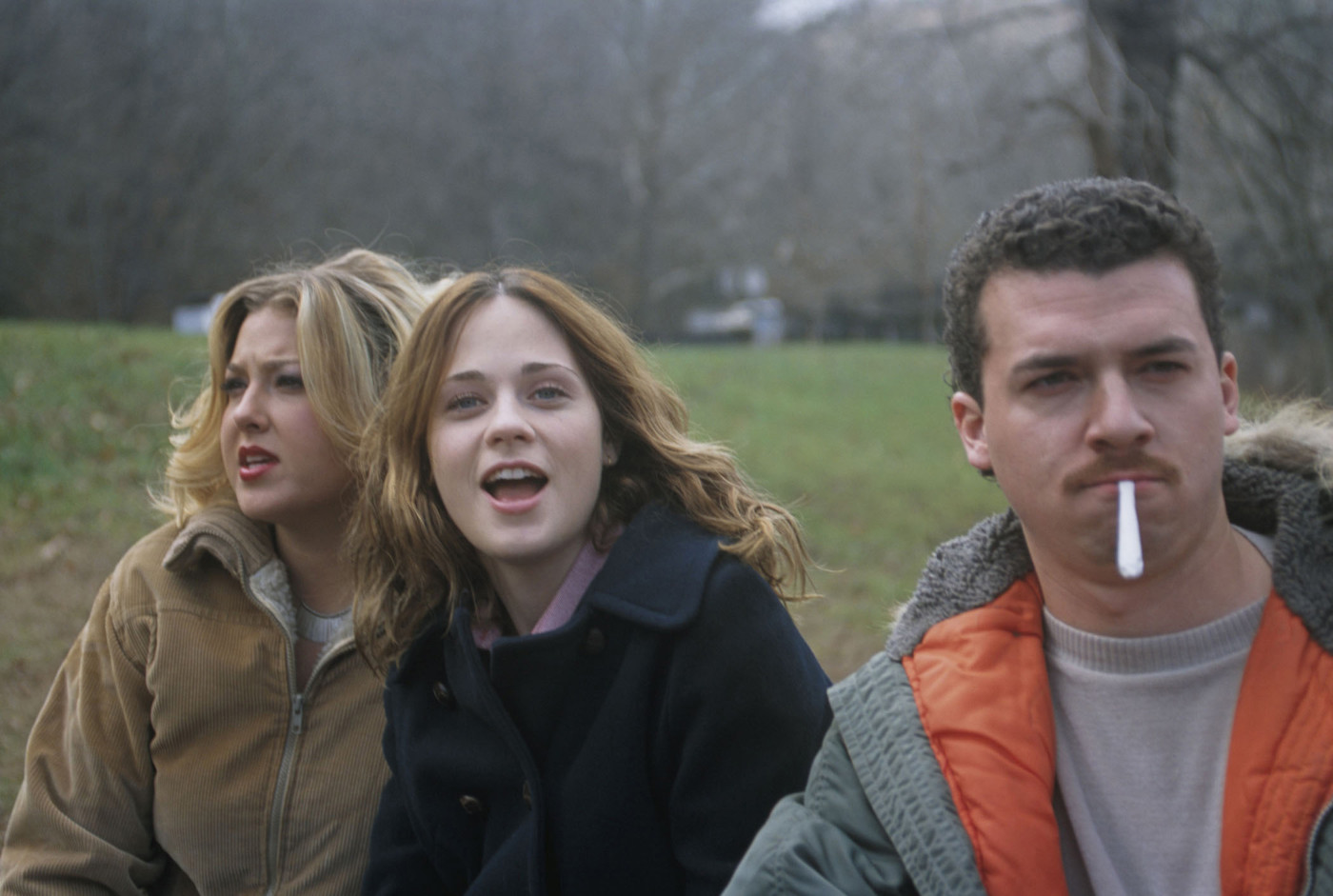 I happened to rewatch “All the Real Girls” the other night. Your minor role in that movie is a reminder that you aren’t entirely limited to playing Kenny Powers-like anti-heroes. Do you worry at all about getting typecast?

It’s a double-edged sword. If you do a character that resonates enough, people are always going to see you as that character. It will just be up to me to make choices where I can flex other muscles. But for me, personally, I didn’t have any ambitions to become an actor. I’m interested in getting behind the camera. I’ll still try to nail acting jobs, but with “Eastbound,” creating it is what gives me the ultimate pleasure at the end of the day.

I haven’t seen the finale because HBO hasn’t been showing it to anyone in advance. So my big theory is that you’ve decided to kill off Kenny Powers.

You never know. He could die.

There is this sense that anything can happen on “Eastbound” because you don’t always go for the easy jokes.

We rarely waste time writing punchlines or finding a comedic rhythm to scenes. We really do approach it as a drama when we write it; just knowing how Kenny Powers will deal with these situations allows us to find the humor in it. But we treat it as something serious and allow the character unravel.

Clearly you have figured out a good process. Why stop now?

This is a character we’d love to put on the back burner. Maybe years from now you’d love to see him again. A character like Kenny, no matter what point he’s at in life, he’ll always be entertaining. We feel like we’ve told the story we want to tell. Is it the last story we want to tell with Kenny? I don’t know. I do know that both of us are excited to go write new jokes that don’t deal with dudes who have mullets. But that’s not to say that we’ll never, ever come back to visit Kenny in any form.

Okay, now it sounds like you’re saying “Eastbound” is definitely over.

[laughs] Well, it could be, yeah. I’m not feeding any line. It’s something where me and Jody said, “Hey, if there’s still interest in this character five years from now, and we had a cool angle, maybe we’ll do something.” But for now we feel like we’ve accomplished what we want to do. We have ideas for how we’d continue Kenny’s story, but each season is a year of our professional lives. We’re just excited about the idea of telling other stories. It’s not like we’re walking away with a bitter taste in our mouths. Creatively, there’s just other stuff we’d like to do now.

This Article is related to: Television and tagged Danny McBride, Eastbound and Down, HBO, Jody Hill, Television, TV Interviews