FUTURES: 'Cabin in the Woods' Stoner Breakout Fran Kranz on How to Get Into the Joss Whedon Club 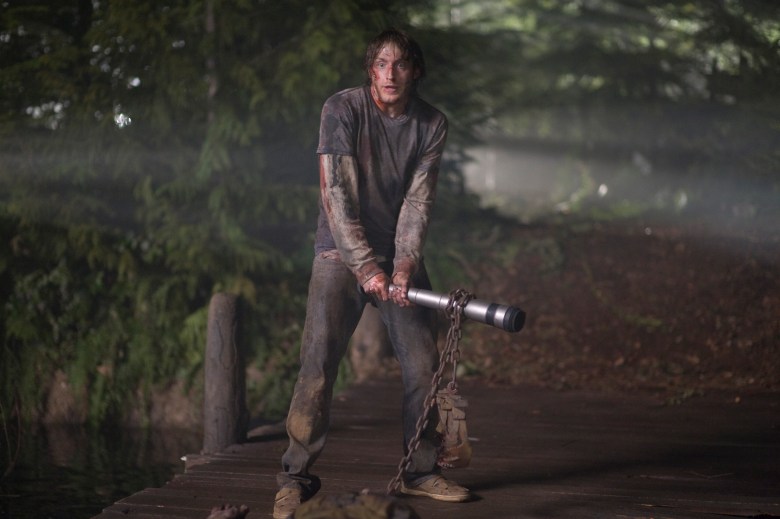 Why He’s On Our Radar: The Joss Whedon fanclub is already no doubt familiar with California bred actor Fran Kranz, thanks to his winning turn as geeky programmer Topher Brink in Whedon’s now-defunct, high-concept Fox TV series “Dollhouse.” Now, two years after that show wrapped, Whedon is responsible for Kranz’s big-screen breakthrough as Marty, a stoner with smarts, in the post-modern horror blast “The Cabin in the Woods,” penned by Whedon and Drew Goddard (who also directed).

Kranz has waited two long years for his big break to hit the screens. As you’re probably well aware by now, “Cabin” was originally slated for release two years ago (back when “Dollhouse” was still on air), but after original distributor MGM filed for bankruptcy, it remained in limbo until Lionsgate swooped in to save the project.

More About Him: Kranz, a Yale-trained thesp, has done his share of theater and supporting work in film and TV. Film credits include M. Night Shyamalan’s “The Village,” “Training Day” starring Denzel Washington, Ridley Scott’s “Matchstick Men” and the cult fave “Donnie Darko.” He can currently be seen on Broadway Mike Nichols’ critically acclaimed revival of “Death of a Salesman,” opposite Andrew Garfield and Philip Seymour Hoffman.

What’s Next: During Whedon’s off-time from shooting his upcoming blockbuster “The Avengers,” Whedon had Kranz play Claudio in his black-and-white modern take on “Much Ado About Nothing.” Shooting’s wrapped on the film and it’s currently seeking a distributor.

How do you get into the Joss Whedon club?

(Laughs)  I just auditioned for Joss like any actor. I knew his name, but I hadn’t seen any of his stuff, which probably helped me going in. When you go in for someone you admire, then you’re kind of screwed a little bit. It doesn’t help to be starstruck.

The little bit I read of the “Dollhouse” script I read, I thought this guy was cool. He’s a very cool guy. He has a very warm, intelligent vibe.

There’s no tricks! I wish there was a formula. He’s got such loyal fans, but he’s also got such loyal employees. I think it’s a testament to him; it trickles down. It’s his personality that makes people want to be their best. He has a fanbase community, but also an employee community. When I meet someone that’s worked with Joss, I think that I’m going to like them. When I meet a fan of Joss’, I immediately feel like I’m around a kindred spirit.

From the sounds of it, Joss only works with those he feels a kinship toward.

There’s a joke that if Joss doesn’t like you, he’ll just kill you on the show. I had heard that before, that he has no problems writing people out of shows. For the most part, on “Dollhouse” or on “Cabin,” there were no sour grapes.

I can’t put a finger on why he’s been so nice to me. It’s not like we’re best friends. But if he has a gathering, I’m generally invited. He likes to do play readings at his house, and that’s how “Much Ado” came about. We read “Midsummer Night’s Dream” one night, and I played Francis Flute. I’d be lying if I said we had this serious bond. I just feel lucky and — I hate that word — humbled.

In “Cabin,” I’m playing the stoner slacker guy. There’s a lot of opportunities to be silly and have fun; I did, but I took it really seriously. I took it as, ‘this can be a breakthrough role for me.’ When on set, I wasn’t some weird, serious, shut-in method actor, but it wasn’t lost on me how great of an opportunity it was.

This film’s been in limbo for what seems like forever. How have you been coping, especially given that this marks your big-screen breakout?

I’d be lying if I said it wasn’t difficult. I had faith that it was going to come out. But it got to the point where it was embarrassing. Even my parents were like, “Is it really even good?” I was like the crazy person who kept talking about “Cabin in the Woods,” and everyone was like, “Fran needs his medication.”

In between, “Dollhouse” was canceled. I’ve been doing a lot of a theater, and I did a movie here and there. I did a pilot I was fired from! The period in-between was not the best. So the way my career trajectory was going was very positive, and then all of a sudden it was not — no joke.

I think Drew [Goddard] and I were able to commiserate on it in our own way. It was difficult, but in the same time it’s in the right hands now. Lionsgate gets it and they love it. I think it’s all for the best, I really do. All movies take a while, this one just took longer. I made it! 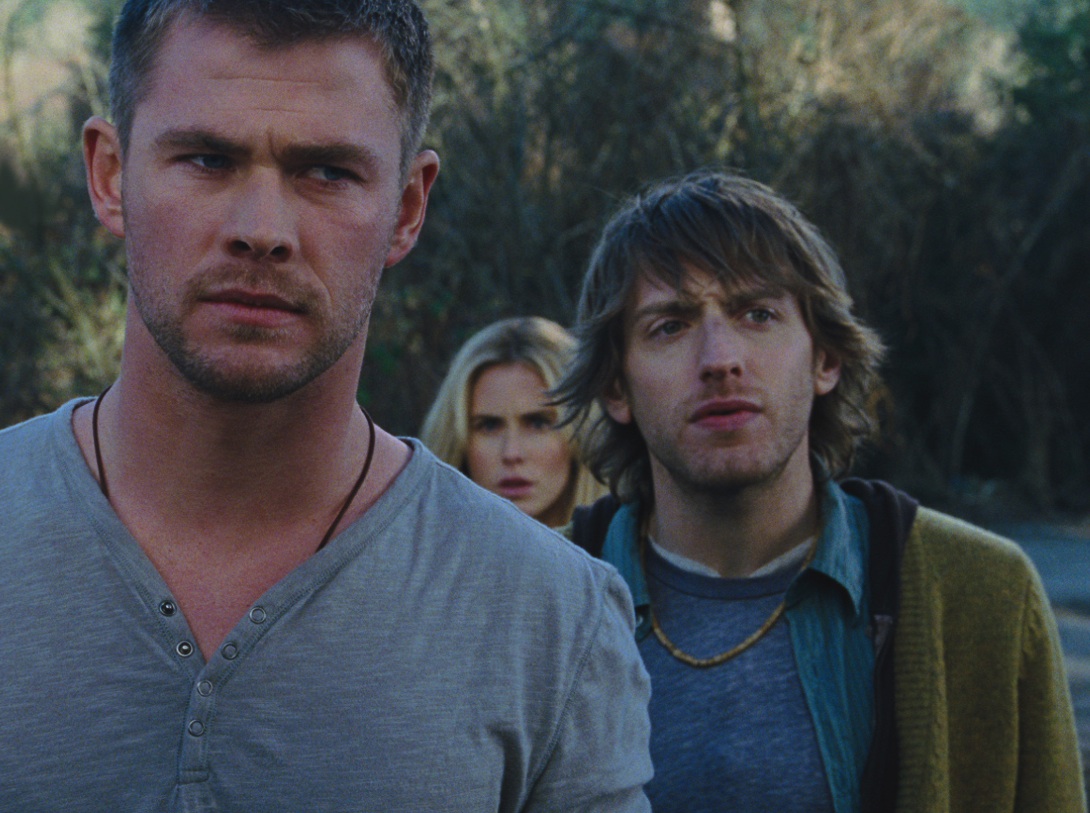 You give a stoner performance that rivals the best of them. Who did you look to for inspiration, if at all?

I love certain stoner performances, and obviously have a lot of stoner friends. I mean, they’re around. I have an ex-girlfriend who inspired me a bit. Not that she was a stoner, it was just her energy that I kind of identify with stoners; the way that sometimes their thoughts don’t match what they’re saying, or how they’ll change a thought mid-sentence.

I thought about James Franco in “Pineapple Express,” Cory Feldman in “The Burbs.” He’s not explicitly a stoner in that movie, but I mean he is, and chances are Cory Feldman was high (laughs).

Drew in general wanted us to play it straight. These are five friends that really love each other. In terms of the “Scooby-Doo” stock characters, I always thought of Scooby. Marty is very loyal. He has that dog-like loyalty. It’s funny, because obviously there’s Shaggy written all over him, but at the time I thought Scooby. Not that that’s helpful for the acting.

So how did “Much Ado” come about? People are really buzzing about this project.

I was in New York, we were doing a workshop for “Death of a Salesman.” I got an email from Joss. It came in these stages, it was kind of funny. The first one pretty simple, saying, “Hey I’m thinking of doing another Shakespeare reading, and I want to film this one. Are you interested?” And I’m like, absolutely, done. Then he came back and he said, “I’m thinking of doing ‘Much Ado About Nothing,’ and you’d be Claudio, a bigger part.” And I’m like, absolutely. Then he said he wanted me to play him like a temperamental jock. Then all of a sudden I started getting emails about wardrobe and social security. Am I being paid for this? What the hell is going on?

Then when I got to LA, he asked me over for rehearsal. Once I got to his house, there was a grip truck outside. It was his wife who encouraged him to make it during his time off from “The Avengers.” The house [we shot in], she designed it. If anything, Joss said if all else fails, it’s a love letter to the house.

Joss is more known for his brand of writing, than his directing. How did he leave his imprint on this version of “Much Ado”?

Such a good question. He’s been talking about “Much Ado” for such a long time, back before “Dollhouse.” He’s always had some fascination for “Much Ado.” It’s a modern-day version, he’s got his regulars, it’s going to be a familiar cast.

I think Benedict and Beatrice, they are the anti-romantics. They’re kind of like Joss Whedon characters. They’re in a conventional storyline breaking conventions. They’re hyperaware, witty and very cynical. They have all these quips and funny remarks about their surroundings that are typical [Joss]. They observe their situation in an ironic manner. You think of strong leading women, and Beatrice is kind of perfect. Maybe that’s why he has this affinity to this play, more so than other ones. Beatrice is a character that he would want to write.

Now you’re working opposite our new Spider-Man Andrew Garfield on Broadway, and you acted alongside Chris Hemsworth, who plays Thor, in “Cabin.” Do you want to follow suit?

I want them to do a “Legend of Zelda.” I want to play Link.

This Article is related to: Features and tagged Futures, Interviews, Joss Whedon, The Cabin in The Woods