Here's How TV is Better Than the Movies 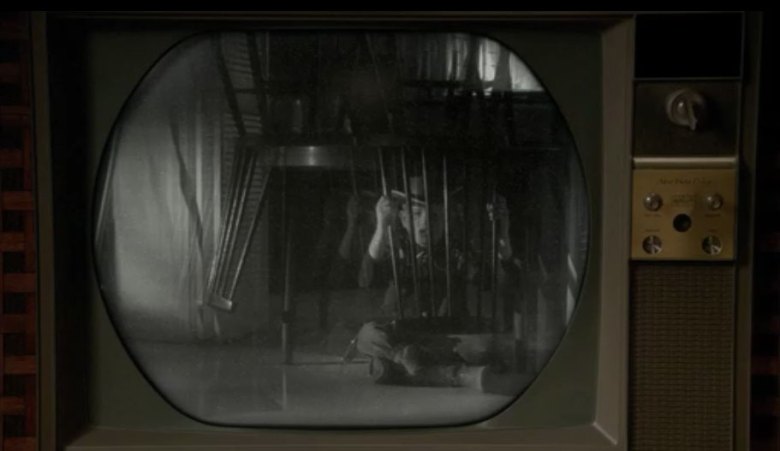 James Wolcott’s Vanity Fair article “Prime Time’s Graduation” isn’t the first to argue that television has now surpassed film as a medium, but it’s one of the more prettily written. Wolcott opines that “cinema has lost its sanctuary allure and aesthetic edge over television” and that now “TV is where the action is, the addictions forged, the dream machine operating on all cylinders.”

This is a subject that’s also been explored, championed or rebutted by Mark Harris in Entertainment Weekly and GQ, A. O. Scott in the New York Times, Noel Murray at the AV Club and Steven Zeitchik at the LA Times, among others, and Wolcott makes familiar points. Among them — that a TV series has the luxury of length on its side so that its characters are “given enough time to sit and stew;” that the theatrical experience has been chipped away at cellphone-using audiences; that mainstream movies have run out of the kind of good female roles that can be found all over the small screen; that comedy is easier to stick in the shorter form of a sitcom; and that more people talk about TV.

I don’t find the TV versus film debate a terribly useful one — not only is there no reason to have to pick one over the other, there are clear advantages that each has on its side.

A TV series possesses many hours to do what a film has to do in two or three, while films can have artistic aims that even the most ambitious TV doesn’t come close to touching — even the most highbrow series looks aesthetically and narratively prosaic next to something from Apichatpong Weerasethakul. On top of that, we’ve only got a few decades of quality television under our belts, and the idea of it being a medium to take seriously is relatively new — it’s very early for anyone to go declaring it the hands-down winner yet.

But there is one point on which I wholeheartedly agree with Wolcott that TV holds the advantage, and that’s in terms of its uniting post-viewing conversation. As he describes film, “Arty entries may accrue a cult status over time that collects more disciples into the fold, but they lose the catalytic moment to set the culture humming.” Few mainstream movies merit discussion, and one surrounding an arthouse feature will be spread thin over months as it goes from a festival premiere to rounding other events to opening in a few cities and slowly making its way around the country, finally hitting Netflix, iTunes and DVD. (VOD has the potential to change this, though who knows if it will.)

3.5 million viewers watched the “Mad Men” premiere two weeks ago; in many parts of the country, a fraction of that could see a limited-release movie on its opening weekend. In terms of what’s more likely to be talked about at the office on Monday, the show is king. Regardless of content, in terms of consumption television’s coming out ahead, because it presents more of an opportunity for large groups of people to watch at the same time and share a viewing experience, even if that experience is spread out in thousands of living rooms or laptop or iPad screens. It’s providing a compelling alternative to the uniting feeling of sitting together, alone, in the dark in a theater to watch something. Is it better? I don’t know that I’d say that. But it’s definitely winning.

This Article is related to: Television and tagged Mad Men, Television