Hulu Announces 'The Awesomes,' a New Show From Seth Meyers 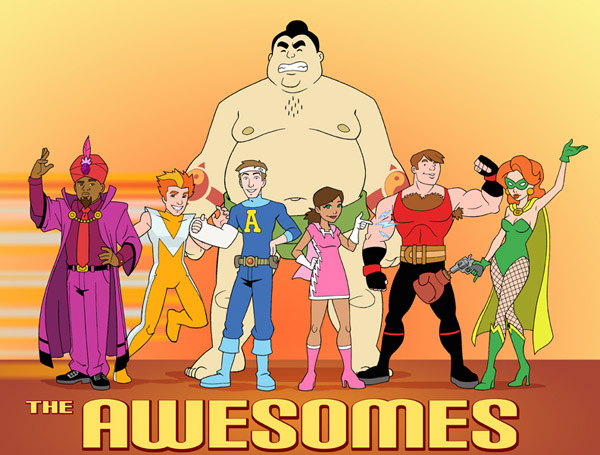 At its upfront presentation today, Hulu announced plans to add even more additional programming to its growing slate. Joining Morgan Spurlock’s “A Day in the Life” (now in its second season), the scripted political series “Battleground” and Richard Linklater’s upcoming “Up to Speed” will be several more new shows, the most prominent of which is the animated “The Awesomes,” from “Saturday Night Live” writer and performer Seth Meyers and producer Michael Shoemaker.

“The Awesomes,” which has been bouncing around in development for a while now, from Syfy to MTV, will follow a group of superheroes who’ve seen better days, and who battle villains and media coverage in their fight to get back on the A-list, and has been greenlit for 2013. Also of interest amongst the new shows is “Don’t Quit Your Daydream” from Adrian Grenier, adapted from the 2010 doc of the same name that he produced, featuring famous musicians collaborating with people who’ve given up their musical career ambitions.

“We Got Next,” from Kenya Barris (a writer on “Are We There Yet?”). Hale Rothstein (a writer on “The Game”) and Danny Leiner (a writer on “The Office”), follows four unlikely friends who gather to play pick-up basketball. “Flow,” from Michael “Dooma” Wendschuh (a video game writer and designer who worked on “Prince of Persia: Warrior Within” “Stolen,” “Assassin’s Creed” and others), is a parkour-centric series made with the sport’s founder David Belle, about an individual in seach of justice and redemption after being framed for a crime.