MPAA Grants PG-13 To "Bully" Without Cut of Crucial Scene 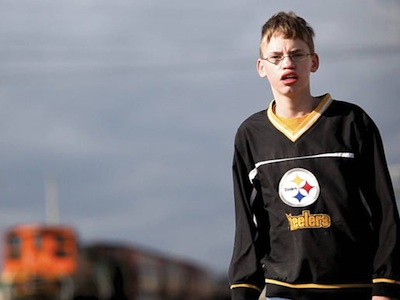 After weeks of controversy surrounding its initial decision, the MPAA has lowered the rating for Lee Hirsch’s doc “Bully” from an “R” to a “PG-13,” The Weinstein Company has announced.

The decision came after three uses of the “f-word” were removed from the film. However, the scene that has been at the forefront of the battle with the MPAA — the one that shows teen Alex Libby being bullied and harassed on a bus — has been left fully intact and unedited.

The MPAA is also allowing the film to be released with the new rating before 90 days, which is the length of time their policy states a film must wait to be in theaters after a rating change “to avoid confusion or inconvenience for moviegoers.” Thus, “Bully” will expand to 55 markets on April 13th with its new rating. It had opened this past weekend in New York and Los Angeles without a MPAA rating attached to it.

The new rating also grants the schools, organizations and cities the opportunity to share the film as an educational tool.

“I feel completely vindicated with this resolution,” said Hirsch in a statement. “While I retain my belief that PG-13 has always been the appropriate rating for this film, as reinforced by Canada’s rating of a PG, we have today scored a victory from the MPAA. The support and guidance we have received throughout this process has been incredible, from the more than half a million people who signed Katy Butler’s petition, to members of Congress, Governor Mike Huckabee and the many celebrities and others who raised their voices to express deeply felt support for a film that can inspire millions. The scene that mattered remains untouched and intact, which is a true sign that we have won this battle. With an array of great partners, a fabulous educator’s guide and extensive online tools, we can now bring this film unhindered, to youth and adults across our country.”

This Article is related to: News and tagged Bully