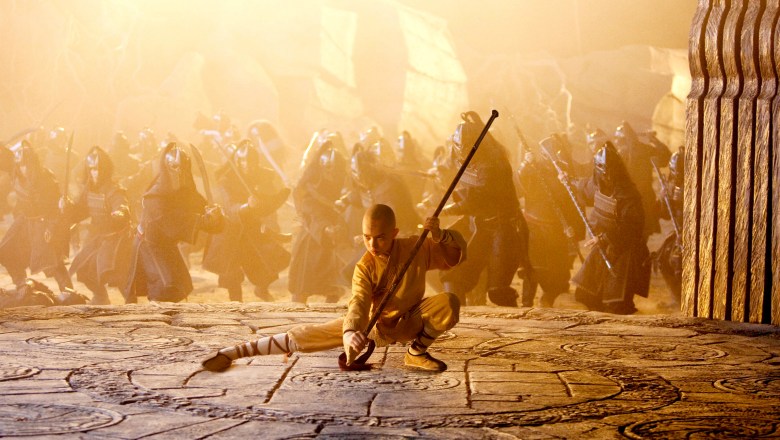 While I was waiting for some friends to come over on Saturday night I started flipping through my Netflix Instant queue.  It was my first time using Netflix streaming on a new HDTV, so I wanted a relatively recent movie to test my set’s picture quality.  In the new releases section, I happened across “The Last Airbender,” M. Night Shyamalan’s poorly received adaptation of the popular Nickelodeon animated series.  I saw “The Last Airbender” in the theater — it was a miserable experience.  The plot was nonsensical, the storytelling was awkward, the lead child actor was painfully bad, and the post-converted 3D effects turned most of the final act into a dim, incomprehensible blur.  M. Night Shyamalan has become something of a punchline in Hollywood, but “The Last Airbender” wasn’t even uniquely terrible like most of his other recent flops.  This was just mass-produced dreck.  Thank God he was the last airbender.  I couldn’t bear to imagine watching another one.

Still, I needed to put my TV through its paces.  Nothing else leapt off my queue as a good test case candidate.  So I put on “The Last Airbender.”  And then a funny thing happened.

I kind of got sucked into the movie.

Beyond the fact that the horrible 3D was now mercifully removed, nothing about “The Last AIrbender” had changed.  Even after the lengthy opening text crawl, I still couldn’t follow the plot (and this was my second viewing!).  All of the story-condensing montages were still present, and still painful.  Noah Ringer remains a talented martial artists and an untalented actor.  But the movie looked so amazing — as well it should, since Paramount reportedly spent $150 million on it — that it was entertaining to watch purely on the level of visual spectacle.  Without the murkifying layer of bad 3D, you could really admire the craftsmanship that went into the special effects.  The imagery was so bright and detailed and imaginative that it didn’t really matter to me that everything coming out of the characters’ mouths sound liked the adults in “A Charlie Brown’s Last Airbender.”  I just turned down the volume so I could focus on what I was seeing and tune out what I was hearing.

2) The film must not contain anything of redeeming value beyond its astoundingly spectacular visuals.

3) The film must not look appealing on standard definition televisions.

That last one is very important.  It means that the dazzling visuals aren’t necessarily impressive camera movements or ingenious uses of montage.  This is all about big, expensive, cutting-edge digital cinematography.  For example, “Hot Fuzz” is a movie with a great deal of visual appeal; it’s layered with flashy editing, camera angles, and big action sequences.  But while it may look better on my big HDTV, it’s still fun to watch — and still viscerally exciting — on my tiny MacBook computer screen.  “The Last Airbender” on my laptop, on the other hand, is a nightmare.

This Article is related to: News and tagged The Last Airbender