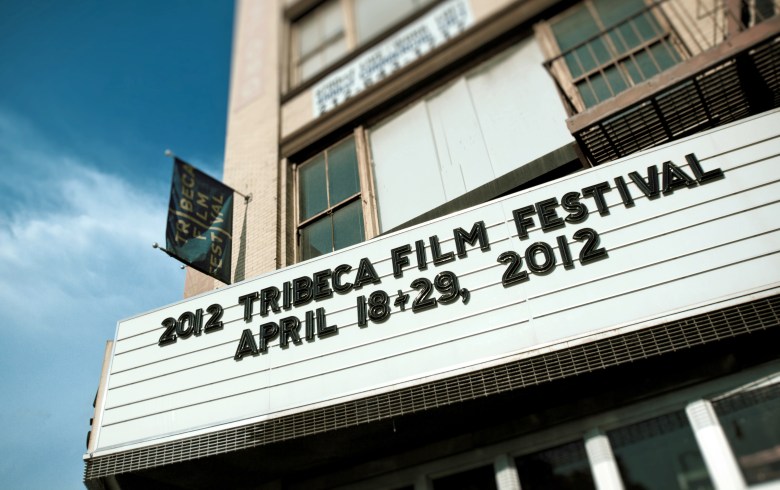 The 2012 Tribeca Film Festival is officially underway, with dozens of screenings, panels, and parties. There’s an awful lot to do if you’re here in New York City, and there’s an awful lot of news and reviews to read even if you’re not. With that in mind, Criticwire’s assembled a list of ten critics and reporters you should follow on Twitter to keep track of all the happenings happening in Manhappeninghattan. Are these the only critics worth following at Tribeca this year? Of course not. But no Tribeca Twitter list would be complete without them.

Edward Douglas
Outlet: Coming Soon
Twitter Handle: @wkndwarriorcs
Why He’s On Our Radar: Douglas’ coverage of the world of film is exhaustive. He’s already published over thirty reviews so far this year in addition to his other writing duties for Coming Soon, and he’ll actually be covering both Tribeca and CinemaCon in the days ahead. The festival’s only a few hours old, but his tweets from Tribeca have already started rolling in.
Sample Work: A review of “Intruders” that does not mince words: “The overall results are an absolute mess, completely unsatisfying and a waste of time. ‘Intruders’ is absolutely terrible, offering very little that can be considered either scary or thought-provoking.”

Bilge Ebiri
Outlet: New York Magazine
Twitter Handle: @BilgeEbiri
Why He’s On Our Radar: Ebiri is a filmmaker in his own right and a superb writer; the personal essays he posts on his blog, They Live By Night, are consistently outstanding — we covered one on “Titanic” earlier this week.
Sample Work: The best description I’ve read of Joseph Kahn’s “Detention” to date: “It all kind of blends together, like a mixtape where the songs all play at once.”

David Ehrlich
Outlet: Movies.com, Box Office Magazine
Twitter Handle: @davidehrlich
Why He’s On Our Radar: Ehrlich is a versatile critic, equally comfortable with brows high or low — or sometimes both, as in a recent piece for his Criterion Corner column that imagined the world of “The Hunger Games” as conceived by various masters of world cinema.
Sample Work: On the Amanda Seyfried flop “Gone“: “With a title that’s even more generic than the film’s aesthetic, ‘Gone’ will struggle to draw audiences. By next weekend, it’ll be… wait for it… not there anymore.”

Jay A. Fernandez
Outlet: Indiewire
Twitter Handle: @Writer730
Why He’s On Our Radar: A brand new addition to the Indiewire team, Fernandez isn’t a critic per se, but as our site’s incoming News Editor — and as a guy who constantly breaks stories during film festivals — his Twitter updates are invaluable.
Sample Work: If you’re a fan of “Anchorman” — or you’re just curious about the inner workings of the film business — Fernandez’s recent interview with “Anchorman 2” writer/director Adam McKay is essentially reading.

Kenjji Fujishima
Outlet: The House Next Door
Twitter Handle: @kenjfuj
Why He’s On Our Radar: Fujishima is a News Assistant at The Wall Street Journal and voracious consumer of culture — film, mostly, but also art, opera, and who knows what else.  The amount of stuff he sees and covers is staggering.
Sample Work: Weighing the pros and cons of Mike Birbiglia’s “Sleepwalk With Me” at SXSW ’12: ““This more intimately personal angle to the film does paradoxically suggest the limitations of simply writing what you know: you may focus so much on writing what you know that you fail to make it resonate in a wider, more inclusive context.”

Jason Guerrasio
Outlet: Tribeca Film Institute
Twitter Handle: @jasonguerrasio
Why He’s On Our Radar: Guerrasio is a contributor to Next Movie and The AV Club and he’s also the Web Editor for the Tribeca Film Institute.  In other words: he should have pretty good access to everything going on in Lower Manhattan this week.
Sample Work: Predicting “The Artist”‘s Oscar dominance: “Expect [Harvey Weinstein, the film’s distributor] to use the fact that a majority of Academy voters are also members of the AARP to push the film’s old-school appeal.”

Jordan Hoffman
Outlet: ScreenCrush
Twitter Handle: @JHoffman6
Why He’s On Our Radar: Another filmmaker-slash-critic and a veteran of many film websites including UGO.com, Hoffman has developed an entertainingly casual yet insightful style. He’s out of town covering another festival through this weekend, but upon his return, there should be Tribeca tweets a’plenty.
Sample Work: As part of his lengthy defense of the much-maligned “Three Stooges” film: “When Sofia Vergara’s boob gets smooshed and the sound effect of a car horn blasted I nearly dropped dead.”

Jonathan Poritsky
Outlet: Heeb, The Candler Blog
Twitter Handle: @poritsky
Why He’s On Our Radar: Poritsky, Arts Editor at Heeb Magazine, can always be relied upon to deliver an unvarnished opinion of a film festival, a world where expectations and peer pressure often play an unseen but powerful role in shaping discourse.
Sample Work: Answering the question “Is SXSW The Best Fest?” “If you’re looking for a triple-distilled, some would say watered down, slate of films, then look somewhere else. The programmers of SXSW don’t really care if they piss a nerd like me off. If only more fests used that as a working model.”

Katey Rich
Outlet: Cinema Blend
Twitter Handle: @kateyrich
Why She’s On Our Radar: The indefatigable Rich’s work at Cinema Blend runs the gamut from the biggest of blockbusters to the smallest of indies, from print to video to podcasting, where she co-hosts the popular Operation Kino podcast.
Sample Work: Trying to make sense of “Safe House“: “Less a thriller than an experiment in confusion, trying to rile up the audience by stranding them in scenes they don’t understand, over and over until the climax mercifully sets us free.”

Eric D. Snider
Outlet: Film.com, EricDSnider.com
Twitter Handle: @EricDSnider
Why He’s On Our Radar: Between his writing for Film.com and his own personal website, Snider comprehensively covers all the most important new releases while simultaneously reexamining the history of film; two of his columns, “Re-Views” and “My Shame List,” both take fresh, open-minded looks at the sacred cows (and golden turkeys) of cinema.
Sample Work: On whether the car chase in “The French Connection” is the greatest in the history of cinema: “If you put a gun to my head and made me choose, I guess I’d waver between this one, and the one in ‘Bullitt,’ and maybe the one in ‘Bourne Identity,’ and, I don’t know, the one in ‘Date Night?’ With the taxi going backwards? Look, I’m not good at choosing. Why is this so important to you that you’d actually put a gun to my head?? That’s insane.”

This Article is related to: News and tagged Tribeca Film Festival