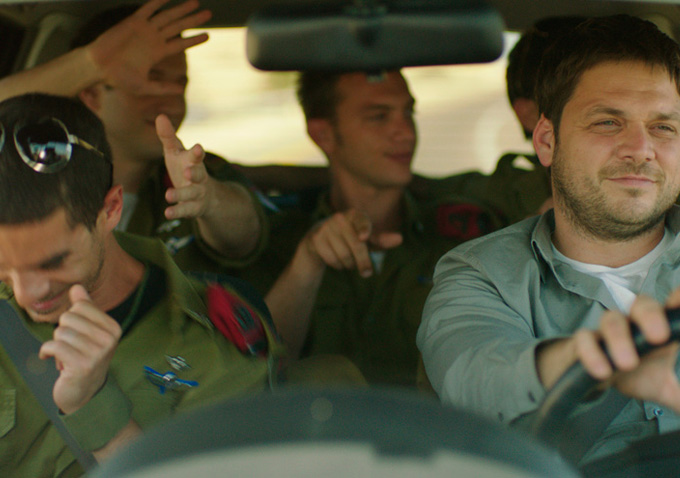 Ten years ago, Eytan Fox’s “Yossi and Jagger” became a major event movie in Israel, less because of the quality of the filmmaking than its ostensibly taboo subject matter: a pair of male Israeli soldiers in love. In the ensuing years, Fox has emerged as one of Israel’s most prominent filmmakers, an increasingly confident director able to use Western genres to explore modern Israeli society with a deeply human touch. “Yossi and Jagger” showed the potential for a complex exploration of gay identity in modern Israel that the director has now fully realized with a sequel of sorts, “Yossi,” possibly his most accomplished work to date.

At the end of “Yossi and Jagger,” the energetic Lior Amichai “Jagger” (Yehuda Levi) tragically died on the battlefield before he and Yossi managed to resolve their differences. Having carried on a clandestine affair for two years, the couple had yet to come out to their families, and while Jagger insisted they do so upon returning from military duty, the paranoid Yossi (Ohad Knoller) preferred to stay in the closet.

As its title implies, “Yossi” catches up with the character 10 years later and finds him still a solitary figure, haunted by Jagger’s death and more closeted than ever. The script, by Itay Segal, subtly hints that even if society has changed, Yossi’s headspace remains the same. Viewers unfamiliar with the first movie won’t need the backstory to figure out why he’s so unhappy.

“Yossi and Jagger” took a concise perspective of its titular relationship, unfolding over the course its hourlong running time in a single, claustrophobic army base. “Yossi” opens up the concept to explore the solemn character’s ongoing displacement, creating a more advanced, character-driven experience rooted in Knoller’s deeply believable performance.

There’s an immediate sense that Fox and Segal have brought a more considered approach to Yossi this time out, gradually seeping in the atmosphere of his life before building on the tensions he continually tries to contain. Now an accomplished 34-year-old doctor, Yossi has turned into a droll workaholic in denial about his nonexistent personal life. The intimate perspective of Yossi’s routine allows the filmmakers to create a variety of moods, resulting in a story that’s alternately sad and humanely funny in an understated way.
The story is divided into two parts. The first section follows Yossi as he wanders sleepily through the hospital and wastes his after-hours away. His drab life starts to peel away in the engrossing second half, when Yossi abruptly takes an exotic retreat and launches an uneasy quest to escape his psychological wounds.

When Jagger’s mother abruptly comes into his office for an appointment, Yossi confesses his romantic history with her late son in the hopes of finding catharsis; instead, a moment that might provide the uplifting climax in a lesser movie digs Yossi into a deeper hole. At work, he awkwardly navigates the seductive advances of a female coworker and the insistence from a recently divorced colleague that the two join forces to pick up ladies. In essence, wherever he goes, Yossi is trapped.

Except when he goes on vacation. After randomly giving a ride to a couple of young soldiers at a rest stop, Yossi finds himself enjoying a quiet vacation at a comfy resort and developing a tentative romance with the openly gay member of the hard-partying military clique. If the scenario initially suggests, as a colleague joked, “How Yossi Got His Groove Back,” it eventually evolves into an Israeli version of the U.K. romance “Weekend,” with Yossi evaluating his problems through prolonged discussion with a more open (although paradoxically not out to his parents, echoing the first film) and easygoing new partner named Tom (Oz Zehavi).

Listening to Yossi grouse about the restrictive climate from his time in the military, Tom mocks the complainer for dramatizing “the dark days” when “we all had the hots for Ben Gurion.” Through Tom’s buoyancy, Yossi starts to lighten up. By that point, he has blossomed into such a complicated personality that his eventual development has a quietly affecting impact.

If “Yossi and Jagger” explored the restrictive framework of Israeli society, its reverberations have been interiorized by the star of the sequel. It’s as if the first movie plays on an endless loop in his mind until someone finally rescues him from the void. Yossi’s salvation comes from the progress around him. Although too advanced to have purely symbolic value, Yossi is nevertheless an eloquent representation of Israeli society coming to terms with itself.

HOW WILL IT PLAY? “Yossi” premiered to an appreciative crowd at the Tribeca Film Festival on its opening day, and several distributors were spotted in the audience. Fox’s profile, the popularity of the earlier film and the niche-oriented subject matter should help it find an appreciative audience in limited release in addition to a healthy life on the festival circuit.

This Article is related to: Reviews and tagged Reviews, Yossi