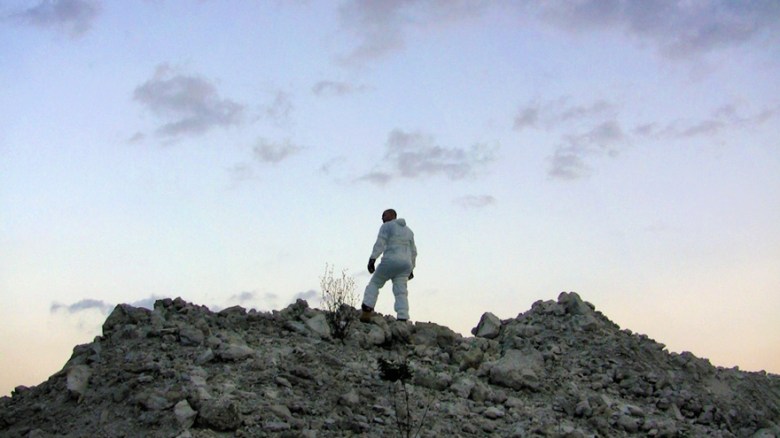 The pair of filmmakers featured in “Journey to Planet X” cite no major auteur directors or seminal works of cinema as their influences. Instead, Eric Swain and Troy Bernier want to blow things up and soar through space. Established geologists by day, Swain and Bernier churn out uber-cheesy genre pastiches for their own enjoyment. They may not realize it, but their commitment symbolizes the essence of the creative practice as a deeply personal act.

It goes without saying that “Journey to Planet X” directors Myles Kane and Josh Koury (who previously directed the Harry Potter fandom doc “We Are Wizards”) have made a better, more polished movie than “Planet X,” the laser-and-spaceship odyssey that Swain and Bernier craft over the course of the documentary’s 76-minute running time. But while “Journey to Planet X” contains virtually no dramatic conflict between its characters outside of practical on-set issues, it also makes an obvious attempt to sidestep the elephant in the room, that neither Swain or Bernier have the wherewithal to make a very good movie — that is, if “good” means anything in this context. The lack of any demand outside of their own expectations fundamentally changes the kind of pressure on their process.

Because Swain and Bernier aren’t career-oriented filmmakers, “Journey to Planet X” is an ode to the value of hobbies. It just happens that this hobby involves absurd sci-fi ingredients and terrible green screen effects, although “Journey to Planet X” never portrays the project in a derogatory manner. The directors’ commitment to their filmmaking as an escape from the mundane suburban reality that consumes the rest of their days recalls the medieval role players in “Darkon,” while the commitment to the process against all odds imbues the documentary with shades of “American Movie.”

It’s lighter and cheerier than either of those non-fiction predecessors, but “Journey to Planet X” implies a deeper component to the process at its center. Swain, a longtime bachelor who lives with his elderly fathers, and Bernier, apparently settled into married life, show a therapeutic investment in the project. Since we never see them horsing around, the gravitas they bring is a grand joke but also illustrative of what they get from the experience, which allows them to become completely divested from other professional or personal endeavors.
Because the documentary’s co-directors co-founded the Brooklyn Underground Film Festival (they originally encountered Swain and Bernier’s films as festival submissions), it’s easy to read “Journey to Planet X” as a sly commentary on the hierarchy of the independent film community. Filmmakers are often beaten down by the endless pressure to perform, hustle and network — not to mention facing critical scrutiny — along the film festival circuit, getting further and further away from the reason they started making movies in the first place. That hectic cycle is a world away from the tiny bubble in which Swain and Bernier work, tinkering with software on old computers and growing giddy because the programmer for something called the Geek Film Festival (which brings a different set of expectations than, say, Sundance) decides to attend a “Planet X” screening.

Happy to do what they’re doing only because they can get away with it, Swain and Bernier aren’t tied to the film world in any capacity other than their passion to make something that pleases them — the ultimate subjective masterpieces. More than anything else, the movie eloquently captures the B-movie convictions of Ed Wood upgraded to the digital age. Unsurprisingly, when “Planet X” finally unspools to a sea of giggles at the movie’s climax, it amounts to an amusingly incoherent barrage of crummy CGI and bad acting, although nobody ever puts it in those terms. “The whole point is to have fun,” Bernier says, and that’s enough to keep everybody satisfied, and reason enough for more ambitious filmmakers to feel a twinge of envy.

HOW WILL IT PLAY? With its concise length and the low key subject, “Journey to Planet X” will likely find its biggest audience on the festival circuit, and has the unique opportunity to play genre festivals as few documentaries do. It is poised to find a wider audience through a digital release.

This Article is related to: Reviews and tagged Journey to Planet X, Reviews, Tribeca Film Festival 2012