CANNES REVIEW: Is Lee Daniels' 'The Paperboy' So Bad Its Good? Only If That's What You Want From It. 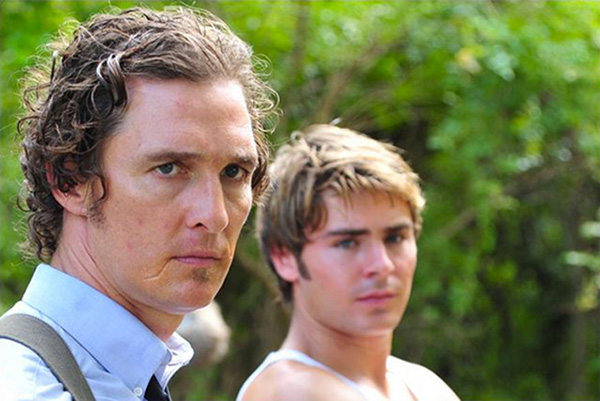 Lee Daniels’ “The Paperboy” is a rare case of serious commitment to outright silliness. The director’s follow-up to “Precious” takes the mold of an investigative period piece set amid racial tensions in late-’60s Florida, but Daniels fries the dramatic content with a blazingly absurd grindhouse style as extreme as the humidity bearing down on his characters. It’s possible to enjoy aspects of “The Paperboy” if you assume a certain self-awareness behind the campier bits, but even then, the movie drowns in an overwhelming barrage of excess.

Daniels adapted the story from Peter Dexter’s novel, but there’s no doubting the filmmaker has taken the material into his own domain. Opening with a former black maid as its narrator, the movie flashes back to the experiences of newspaper reporter Ward James (Matthew McConaughey), a man driven to uncover the injustice behind the incarceration of death row inmate Hillary Van Wetter (John Cusack), convicted of murdering a sheriff. Along with his assistant (David Oyelowo), Ward gets additional help from his younger brother Jack (Zac Efron) and the high-energy hair stylist Charlotte Bless (Nicole Kidman), a woman who fell in love with the prisoner when she became his penpal.

Although Ward initially begins his research in straightforward fashion, that’s clearly not what interests Daniels. Instead, he emphasizes Jack’s developing crush on Charlotte and the prevalent racial tensions that every character experiences. With the investigation quickly turned into a red herring, “The Paperboy” turns into a showcase of the weirdest performances ever put on by the each of the leads (with the exception of McConaughey, whose forthcoming “Killer Joe” gives him a better outlet to express his fiery energy in exceedingly dark material).

Efron, his neat hairdo seemingly unchanged from the “High School Musical” movies, does little more than drool over Kidman and scowl at everyone else, but at least his fascination makes sense: A hypersexualized cartoon, Kidman outdoes even Cusack, hitting a career low with crude, villainous role involving consistently inane behavior that the movie asks of her. These include coaching an orgasm out of Cusack from across the room while the other characters watch in awe, a crass vignette matched only by the scene that finds her urinating on Efron to ameliorate jellyfish wounds when the two make a trip to the beach.

The real star of “The Paperboy,” however, is Daniels. After the mixed response to his directorial debut “Shadowboxer,” he elevated himself into prestige territory with “Precious.” However, the new movie reveals his erratic sensibilities require more contained material than this discursive misfire can possibly provide. Since the plot fades to the background, “The Paperboy” follows the whims of its storyteller, sometimes emphasizing racism, elsewhere exploring sexual tensions, and finally melting into a contrived thriller in its closing moments.

You can go into “The Paperboy” expecting a disaster and have fun with it. And since its stench will always linger on the filmographies of everyone involved, one can imagine it finding new life as a participatory of midnight experience of the “Rocky Horror” variety. If that happens, however, the onus is on viewers to redeem the movie by adding to it.

But such enthusiasm would give “The Paperboy” more credit than it deserves. The greatest camp movies either lack any discernible attempt at quality (“The Room”) or wield their weirdest ingredients with artistic skill (“Pink Flamingos” and so on). Daniels struggles to command a serious regard for his narrative but stymies his intentions with ludicrous tangents, causing the unique case of a craptastic work of self-importance. No excuses here: “The Paperboy” isn’t a parody but rather an oddly self-aware mess.

HOW WILL IT PLAY? The A-list cast means that “The Paperboy” will garner plenty of attention when it opens, regardless of whether it’s by its production company Millennium Entertainment or another distributor willing to deal with the movie’s mixed reputation. Early critical reactions out of Cannes suggest that some reviews are likely to endorse the movie’s performances and Daniels’ bizarre style, but it’s too strange and divisive to have the massive impact and awards season acclaim that elevated “Precious.”

This Article is related to: Reviews and tagged Cannes Film Festival, Lee Daniels, Reviews, The Paperboy