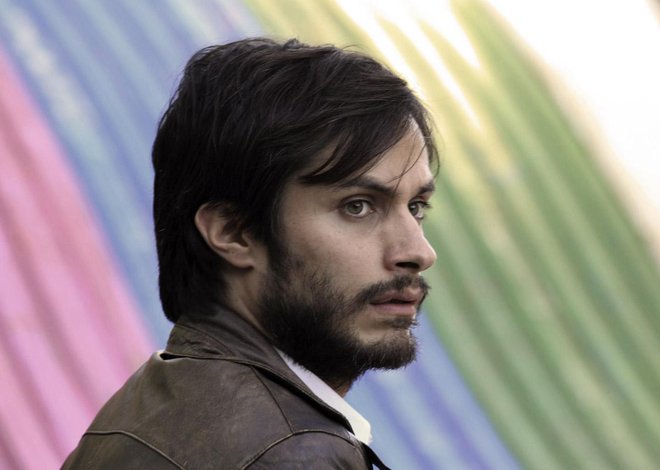 With his last two features, “Tony Manero” and “Post Mortem,” Chilean director Pablo Larraín quickly established himself as the preeminent chronicler of his country’s lingering demons from its years of oppression under the dictatorship of Augusto Pinochet. For his third and most accomplished work, “No,” Larraín has traded the allegorical track for the real thing, delivering a lively, mesmerizing drama about a national call to action during the 1988 referendum on Pinochet’s presidency. With a full-bodied turn by Gael Garcia Bernal as its anchor, “No” broadens Larraín’s range by replicating historical events in engrossing detail.

Set in 1988 and shot on low-grade video to reflect the media technology of the time, “No” stars Bernal as Rene Saavedra, a cynical advertising executive asked by a friend to spearhead the campaign against the president during the referendum. The tense proceedings that follow, as Rene and the rest of his team relentlessly combat the government’s pro-Pinochet propaganda through dozens of prolonged television specials, unfold with the exciting pace of a top-notch political thriller, although Larraín routinely makes it clear that the stakes go higher than simply winning the election; in this case, lives are at stake — including, as the scales tip in favor of the “No” campaign, those of Rene and his family.

While Larraín used subversive shocks to convey Pinochet’s ominous rule in his previous movies, “No” takes its cues from Antonio Skarmeta’s play (and Pedro Peirano’s screenplay adaptation), resulting in significantly chattier storytelling than in his other works. The new movie is linked to its predecessors through themes rather than cerebral devices, but Larraín deftly handles the material with a steady focus on the campaign process and its increasingly personal dimension for everyone involved.

Although history books will spoil the movie’s end, the director creates palpable tension about the prospects of the “No” campaign gaining ground by digging into the chatty conversations and letting the characters think through the situation out loud. The story is dominated by board room sessions resembling the strategizing seen on “Mad Men” — albeit with more alarming concerns.

Things don’t look good when Rene determines that convincing a majority of Chlileans to vote — not to vote yes or no, but to vote, period — would be an impossible feat. Nobody actually disagrees. “This country needs a divine act,” a colleague says. But this defeatist starting point is exactly what fuels the fiercely competitive Rene to fight back. So begins a rollercoaster of ups and downs: Initially envisioning a superficial campaign rife with uplift, the “No” team eventually shifts to sly, humorous argumentation and starts gaining ground.

First, however, their initial infomercials are cringe-worthy misfires that one naysayer compares to Coca Cola commercials, a simultaneously funny and sad assertion that defines the movie’s complex set of moods. “No” goes beyond the dark comedy of Larraín’s other works and makes a bigger statement about the evolution of Chilean attitudes: It expresses a desire for more than simply a new leader but rather a renewed passion for the possibilities of democracy.

That perspective is emboldened by Larraín’s fly-on-the-wall approach as he oscillates between the two camps to show the extent of investment on both sides. “We’re using advertising language,” Rene asserts, but the dictatorship has its own controlled approach that Rene learns the hard way when he starts receiving menacing phone calls. The mounting danger reaches a tense climax with a massive police riot scene that forms the movie’s major set piece.

While Larraín makes the material flow together, Bernal’s calculated performance gives it a credible center (Larraín regular Alfredo Castro has been relegated to the villainous role as leader of the government opposition, an appropriate choice). Bernal’s embodiment of Rene’s burgeoning convictions about his activism allow “No” to become more than merely a skillful reenactment. He’s the movie’s soul.

But Larraín’s direction props up the meaty characterizations. His use of outdated video, initially harsh on the eyes, eventually becomes the movie’s biggest coup: As “No” cuts between the scripted scenes and real footage of the campaign infomercials, the two layers of narrative blend together to create a seamless period piece that inhabits the campaign’s message.

While “No” is about politics, it doesn’t push them as much as it does the emotions driving them. It’s easy to get sucked into the proceedings without analyzing the didacticism of the campaign. Larraín’s earlier movies dealt with trauma through an atmosphere of surrealism and lingered in its overbearing sorrow; with “No,” Larraín makes the era come to life with a deeper human element. Against all odds, the director has crafted an inherently optimistic experience that moves beyond the brooding of “Tony Manero” and “Post Mortem” to explore the spiritual catharsis of taking action.

HOW WILL IT PLAY? Latin American festivals will warmly welcome the film, and Bernal’s presence means it could have some marketability despite the cheap look. A small-scale distributor is likely to snatch it up for limited release.