Criticwire Picks: A Pair of Docs Lead the Way 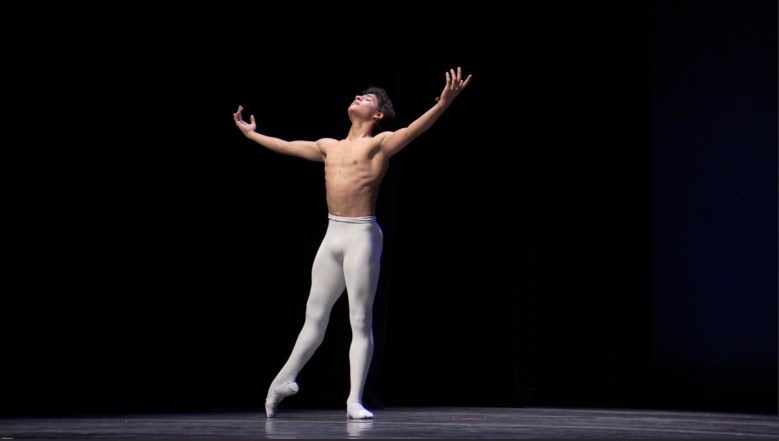 Critics rarely seem to agree about the quality of documentaries. Perhaps it’s the volume of feedback or the way that buzz more gathers more easily around narrative features. Regardless, the two films with the highest averages this week break that trend.

Bess Kargman’s new ballet documentary “First Position” dances to the lead spot with an “A,” the highest average grade, making it our Criticwire Pick of the Week.

Kargman’s film follows the exploits of six young, aspiring ballet artists in their attempts to gain entrance to the Youth America Grand Prix, an international competition that facilitates placement in prestigious ballet companies and dance schools around the world. As Alissa Simon writes in Variety, much of the credit goes to the subjects (and the parents) for being engaging and balanced in their outlook, but Kargman’s vision puts the film over the top: “Kargman, once a young dancer herself,” Simon writes, “demonstrates ample knowledge of and passion for ballet life. Her crisply shot, smartly assembled pic provides, without pandering, an inspiring human-interest story that will hold up well under repeat viewings.”

Jessica Yu’s documentary about water scarcity has also earned favorable pre-release reviews (an A- average). “Last Call at the Oasis” gathers together a bevy of experts on pollution and conservation in an attempt to explain just how dire the current global water situation is. At the time of his review from Toronto (where the film premiered), Christopher Campbell touted it for potential Academy Award consideration. Although it didn’t end up receiving a nomination, Campbell categorized it as a social change doc with the potential to inform and motivate viewers to seek out more of the issue. “There is a LOT of stuff presented in this film, with coverage of everything from climate change and aquifer depletion to sewage treatments to endangered fish to amphibian mutation to hurricanes to carcinogenic pollutants in drinking water,” Campbell explains. “If it makes us have to read more after the lights go up, this is probably a positive point.”

Other narrative films on this week’s slate include “Death of a Superhero,” a recent selection from Tribeca, where it played to mixed response. Some of the film’s brightest feedback (part of the B- overall average) came from Joe Bendel of Libertas Film Magazine, who saluted the effective (if sometimes familiar) tale of a teenager with cancer. Seeking fulfillment with his death looming, young Donald Clarke (Thomas Brodie-Sangster) turns to drawing comics as form of escape and fulfillment. Periodic animated sequences give a peek into Clarke’s imagination, a feature that Bendel says distinguishes “Death of a Superhero” from similar stories. He writes, “It is hard to imagine a dying teenager film that refrains from heart-tugging manipulation, and ‘Superhero’ is certainly no exception. Yet the retro noir animation gives it a real edge. That unique look and several well-tempered performances help earn its inevitable big emotional crescendo.”

A full list of new releases and accompanying Criticwire averages can be found on the next page.

Criticwire: Films Opening This Week
NOTE: The averages listed here are current as of the publishing of this article. They are subject to change as new grades come in and will be updated in next week’s edition of this article.

Death of a Superhero (Film Page)
Average Criticwire rating: B-

This Article is related to: Reviews and tagged A Little Bit of Heaven, Best Exotic Marigold Hotel, Criticwire Picks, Death of a Superhero, First Position, Last Call at the Oasis, The Perfect Family