As Behar often points out, the challenge of creating effective subtitles is making them invisible to the audience. 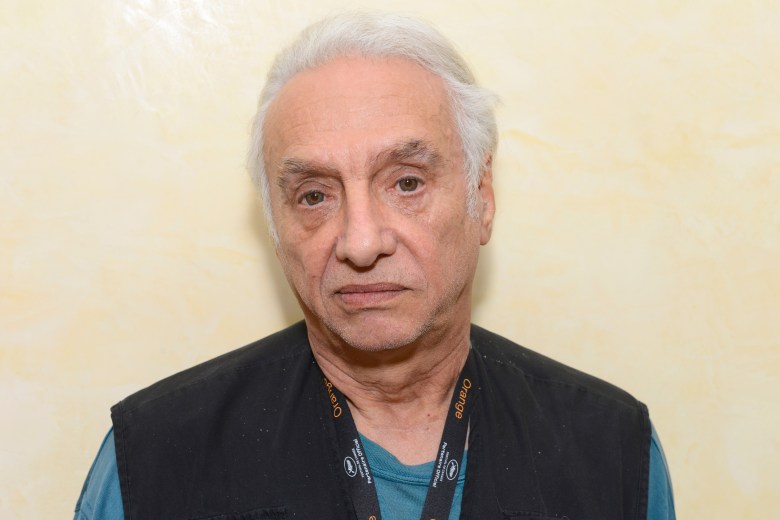 Every moviegoer at the Cannes Film Festival is intimately familiar with the work of Henri Behar. Most have seen him as  moderator of many of Cannes’ high-profile press conferences, a gig he has maintained since the ’70s. While Behar has worked as a journalist and critic for years, he makes his living as a translator for major auteur directors and newcomers alike. As Behar often points out, the challenge of creating effective subtitles is making them invisible to the audience. That goal calls for more than extreme humility.

Last week, Behar sat down with Indiewire to explain the painstaking translation and captioning process involved in creating the best possible subtitles for new movies, using his experience with this year’s Cannes entry “Laurence Anyways” as a recent example. Once you encounter Behar’s approach, you’ll never look at subtitles the same way again — or maybe you will, by not noticing them at all.

How the Subtitling Process Works

“The first thing you need when you go to subtitle a movie is the dialogue and edit of the movie. It has to be picture-locked. The first person who comes into the process is called a spotter, who spots the line as it is spoken. The subtitle is perceived to be wiped off the screen once the line is spoken. The key word is ‘spoken.’ If someone says, ‘Well, hi, hon, huh?’ you can stop at ‘Hi,’ or ‘hon,’ and if necessary you can include the ‘huh.’ The number of feet and frames give you the number of characters that you’re allowed. You can go over by one, two or three characters, but that’s it.

You rarely go over cut, because it’s like something stable with something changing in the back. But if you do go over a cut, you don’t go over a very bright cut to a very dark one. The subtitle can have maximum two lines and 40 characters — less than one tweet.

The subtitler gets the spotting and the dialogue. Those are the two things you can’t change and have to work with. If you work in dubbing, you can always say, ‘The actor’s going to say that line faster, because it’s funnier.’ In subtitles, you can’t. If it’s not read, you’ve missed the point, which is great in terms of mental gymnastics, because it forces you to read slower than you hear. It forces you to concentrate and go straight to the point: What makes this work?  If it’s a three-tiered joke, how close can I remain to the joke for it to work? If the director’s not happy, fine. What’s more important? The literalness of the translation or the fact that the joke works? It’s a question of rhythm, tempo, and musicality.”

“Xavier Dolan’s film was an interesting challenge. I had to subtitle it from Quebecois French into metropolitan French, because some of the vocabulary is different and the accents are difficult. I was also subtitling it into English more or less at the same time. I worked with Xavier in late February and early March. Then he came to Paris to do his mixing, when stuff changed, the voiceovers changed. Some lines would slide up or down. That was part of the later process.

The film takes place in Montreal and a province of Quebec. The leading lady and her family are locals. They have a very strong Quebecois accent and sometimes a specific kind of slang, particularly the way they swear. The male character is from Europe and says so in the film. He’s from Belgium. Those two do not speak the same way. He teaches literature so he doesn’t have as coarse a vocabulary as her. Then there’s the mother, who has her way of speaking because she’s a European painter. She would not say “you gonna” or ‘you gotta.’ It’s not in her tone.

The lead character is very specific about not being gay. So you can’t have words that belong to the crazy, flamboyant, queen, Quentin Crisp kind of language. He can’t swoon. He’s not a swooner. Anything Quentin Crisp-y is out.

On the Importance Of Working With a Director

Sometimes, directors ask to read the subtitles. Atom Egoyan, whose films I have subtitled extensively from ‘Exotica’ through ‘Chloe,’ he understands the process. He knows you can lose some of the nuances that are in English. As a subtitled, you have to make sure you lose as little as possible — but you are going to lose something.

He’s OK, but others always want to read the text and then call on a friend of theirs — maybe a writer or a friend who might be French and might not be acquainted with the slang and not used to the process of subtitling. They might be Harold Pinter and John Osbourne combined, but if they’re not familiar with the process because they’re writers, they just look at it as a standalone text. The big mistake that sometimes directors do is just read it without seeing it with the frame. Stuff you eliminate you can hear. If the character says, ‘Uh, well,’ you don’t subtitle that. You hear it, that’s enough. You go to the essence of what is being said. In that case, I always say, ‘No, I’m not sending you the text. I’ll come to you with my computer. You can see the film with subtitlesand we can change anything.’ I’m not saying I never miss anything, but you’re not going to read the text without seeing it placed on the frame. I’ll travel!”

“I subtitled Woody Allen’s films from ‘Zelig’ to ‘Crimes and Misdemeanors.’ He just wanted to make sure it worked and I usually worked with his chief editor at the time. [Allen] had a tremendous sense of language and he would say, ‘That line doesn’t work… It just doesn’t look right.’ And I’d realize that it was [missing] a comma. He’s a musician, so he could visualize the beat and see that something was wrong there.

One director I really liked working with was Todd Field. I [subtitled] ‘In the Bedroom’ and ‘Little Children.’ I would work on the whole thing and we would meet in a hotel suite for two days back to back going line after line. He has a sense of the agility between languages.