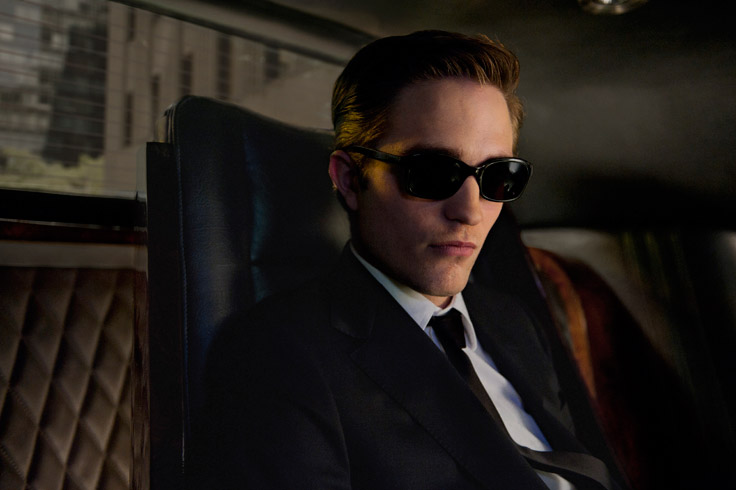 “My prostate is asymmetrical,” says Robert Pattinson in one scene of David Cronenberg’s “Cosmopolis.” As the affluent executive Eric Packer riding a limo around New York City in nearly every scene, Pattinson boldly submerges his stardom in the director’s twisted anti-establishment tendencies. That the movie lacks the same depth in its message than the director’s best works comes secondary to its satisfyingly Cronenbergian attributes. Since 2005’s “A History of Violence,” Cronenberg has ventured beyond the grotesque allegorical interests of his earlier movies, a shift that has led some longtime fans to assume he has softened up. As an enjoyably peculiar anti-capitalist indictment, “Cosmopolis” proves otherwise.

Based on Don Delillo’s 2003’s novella, the movie follows Packer as he heads to the other side of town in pursuit of a haircut. The mission is constantly delayed by city traffic, work briefings, disgruntled employees, and other abrupt events that keep the action contained and secondary to elaborating on Packer’s unique brand of villainy. As with the book, Cronenberg’s screenplay opens with a line from Zbigniew Herbert’s poem “Report from the Besieged City — “a rat became the unit of currency” — and applies it to Packer’s embellished world, which has the cerebral qualities of dystopian sci-fi but otherwise may as well take place in the present. In his high-tech ride, Packer creeps through the city streets, literally shielded from the realities of the outside world. He’s an ivory tower incarnate.

Over the course of a single day, his sense of security gradually unravels. Packer juggles multiple sex partners (portrayed in bit parts by Samantha Morton, Juliette Binoche and Sarah Gadon) and trades barbs with his scowling body guard (Kevin Durand), while making vein attempts to ignore the Occupy-like protestors dominating the streets even as the car gets buried in their graffiti. Cronenberg’s script plays off Pattinson’s unique blend of dreary fashion, using the actor more for his physicality than his acting chops; Pattinson’s deadpan delivery is a sufficient vessel for the filmmaker’s intentions of using Packer as a vessel for his politics.

Unfortunately, the restrained setting and emphasis on symbolism over plot makes significantly limits Cronenberg’s filmmaking skill, resulting in an overly theatrical and often frustratingly obtuse atmosphere that rises and falls on the basis of the dialogue. Just when “Cosmopolis” threatens to dissolve into plodding exposition, however, Cronenberg regains the narrative intrigue with a prolonged concluding sequence that ventures out of the limo and into an apartment, where the character engages in a touchy showdown with a vengeful staffer (an over-the-top Paul Giamatti). It’s here that the movie manages to deepen Packer’s sensibilities by showing that his despotic lifestyle results more from a naivete endowed on him by society than from his own corrupt psyche.

Until that point, “Cosmopolis” essentially operates as a string of chatty vignettes, with some indictments of corporate extremes benefiting from their alienated delivery and others insufferably on-the-nose. To his credit, however, Cronenberg’s trim approach avoids overstuffing the story with distracting details, implying much of Packer’s fame and power without going out of the way to flesh it out. His confidence in the ideology takes precedence, and while never as shocking as “Naked Lunch,” the new movie similarly inhabits its misguided protagonist’s psyche.

Pattinson holds his own without exactly broadening his range. By simply taking the part, his presence has the dissonance of a James Franco performance act, at once thoroughly underwhelming and emboldened by the meta mystery of his attraction to the project. As a journalist at the movie’s Cannes press conference pointed out, while not a literal vampire, Packer is certainly a blood-sucking capitalist.

A fragile, hot-tempered young man, Packer is drawn to place his fortune on the line with a high stakes stock market bet and the target of a pie-wielding would-be assassin (Mathieu Almaric). As such, he’s the ideal metaphor for both the unchecked behavior and resulting antagonism of America’s money-grubbing one-percent. When an underling asks him, “Do you ever get the feeling you don’t know what’s going on?” it sets the stage for Packer’s ensuing identity crisis.

Its experimental nature means that “Cosmopolis” severely limits the potency of the message — that is, you either accept Cronenberg’s negative approach or reject it outright on the basis of the movie’s persistent academic approach. If viewed more as visual essay than movie, however, “Cosmopolis” is a successful assault on modern social constructs. The final image mirrors the concluding visual of “eXistenZ,” Cronenberg’s pre-“Matrix” assault on reality, and “Cosmoplis” certainly shares it skepticism over making assumptions about the way the world works. With that provocative ending, “Cosmopolis” demonstrates that even a flawed throwback to Cronenberg’s roots proves they run fairly deep.

HOW WILL IT PLAY? EOne picked up U.S. rights to the film ahead of Cannes, and while the star-studded cast and Cronenberg’s name make this the company’s biggest acquisition, it has yet to prove it can find a way to make audiences care. “Twilight” fans won’t respond to Pattinson’s uncharacteristic turn and only diehard Cronenberg fans are likely to spread positive word of mouth. In short, its commercial propositions are dicey.