Movie Lovers We Love: Filmmaker Robert Beavers Heads to Remote Area of Greece to Screen the Never-Before-Seen Work of His Partner Gregory Markopoulos 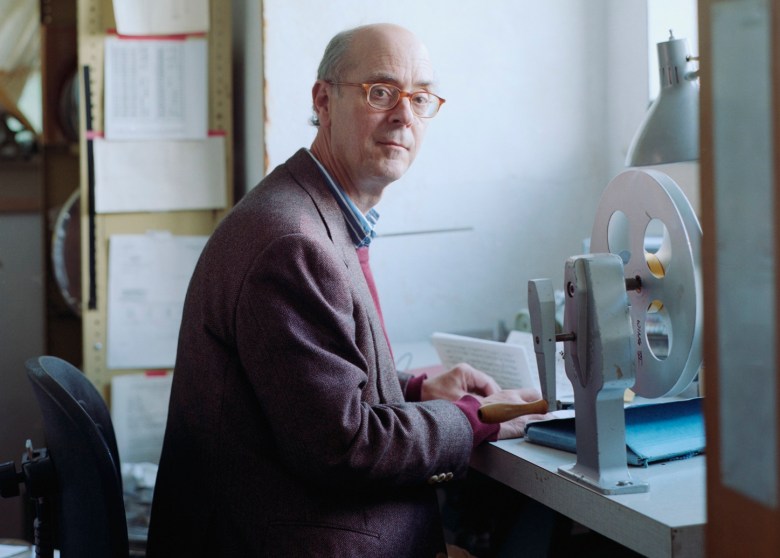 In the 1980’s the Greek-American filmmaker Gregory Markopoulos began showing his decades of experimental film work in a remote area of the Greek Pelopenesse he called the Temenos.  The Greek meaning for the word Temenos is “a piece of land set apart.”  Markopoulos screened his career’s work with new work from his partner, the filmmaker Robert Beavers.

During the 1960’s, Markopoulos took off from the U.S. to head to Europe, removing himself from the New American Cinema movement that he and his films (“Du Sang, de la volupté, et de la mort,” “Swain,” and “The Illiac Passion”) had helped constitute, along with Jack Smith, Andy Warhol and others.  He made the move with Beavers, who now manages the Temenos Archives in Switzerland that house Markopoulos’s body of work and his own films.

In 1992, Markopoulos passed away, and since 2004, Beavers has been heading to the Temenos every four years to premiere some of the first film cycles of Markopolous’   80-hour epic film “Eniaios,” which was never printed in his lifetime.  Beavers is currently raising funds on Kickstarter to print 22 reels of the film for this year’s screening.  For each of three nights starting at sundown from June 29 to July 1, 2012, three hours of “Enianios” will be screened for an audience from around the world.

In a conversation with Indiewire, Beavers admitted he had always had fantasies of traveling to Greece, even before meeting Markopoulos.  “As a boy, I had the wish to go to Greece.  This was common in my generation.  Growing up in New England, I was read Nathaniel Hawthorne’s “Twice Told Tales,” his re-telling of Greek myths for children.  This was the seed for my desire to discover what Greece was.  I don’t know that it would have grown into a reality without this intense involvement with Greece that Markopoulos had.”

But for Beavers, Greece holds a special place.  He called it, with the U.S., a “key geographical point of inspiration.”  He continued, “For our kinds of filmmaking, it is not possible to financially sustain doing our work in just one place.”  And so he has been busy screening his own films across the world — recently at NYC’s The Kitchen, the University of Michigan, and the BFI. 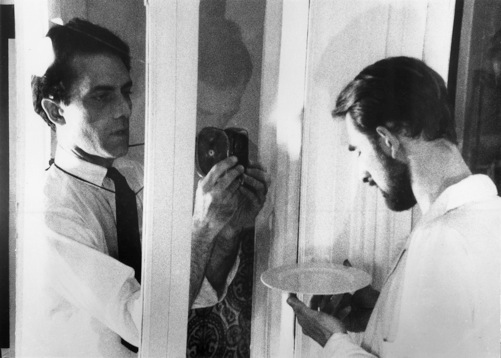 But the local Greek population has been incredibly nurturing to the Temenos project.  “We have this extraordinary natural location with a very special local population that is helping it to happen.  We can do this because there is no infrastructure there and the costs are minimal.”

Beavers glowed talking about the power of the films:  “The experience of time during these projections is a different way of experiencing time than anything I’ve ever known, not simply because of the film’s length, but also because of the wonder of the rhythm that is created in the films.”  And he spoke of the work he is currently restoring himself:  “I’m sitting here repairing the last parts of the film that needs to be sent to the lab — a few hundred more splices to go.”

Currently, audience members from Moscow, Princeton, Madrid, Salt Lake City, and the UK are registered and are planning to attend with a large local Greek contingent.  A few seats still remain for the screening on the Temenos website.  The Kickstarter campaign for the series ends June 1.

This Article is related to: Features and tagged Movie Lovers We Love