Moviepilot.com Nabs $7 Million in Funding to Expand Into the U.S. -- and Into Indies 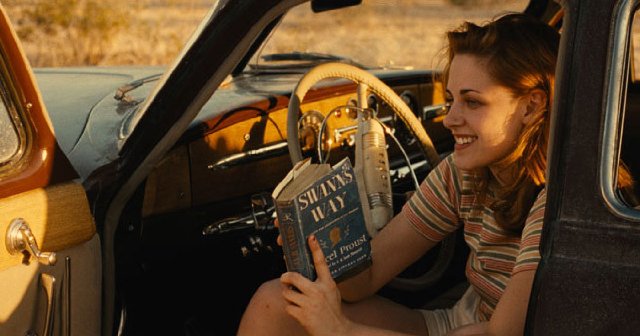 Berlin-based Moviepilot.com, a fan-focused site that tracks development of upcoming films, announced Thursday that it has finalized $7 million in Series B funding. The venture capital is designed to propel the company’s expansion into the U.S., including Stateside hiring.

By tracking a project from the rumor stage — before official assets are made available by studios and producers — through release, Moviepilot’s founders hope to provide participating studios with ground-level feedback on the impact of their news and marketing. They claim to have Fox, Universal, Disney and Paramount using the service, which is described as fostering “intelligent recommendations to fans and detailed sentiment measurement to studios.”

Despite the site’s current focus on blockbusters, Moviepilot’s founders plan to grow its indie-film coverage as well.

“This is universal,” said Moviepilot CEO and co-founder Tobi Bauckhage. “We’re concentrating on blockbusters now because it’s easier to grow and understand those audiences. Ultimately, our goal is to use the technology to make marketing more effective, which could be very useful to indie filmmakers.”

As a sort of an amalgam of IMDB, Flixster, iTunes trailers and other comprehensive fan-facing film sites, Moviepilot.com seems most well suited to studio-backed big-budget titles that attract the obsessive fanboy element. Indeed, the site is flush with aggregated news and trailers for all the looming comic-book, action, sci-fi and crime movies.

Its indie-related offerings are relatively anemic to date but still rate a presence on the site. The books-to-film (“On the Road,” “Lawless,” “Anna Karenina”), coming-of-age (“Mud,” “Moonrise Kingdom”) and sophisticated comedies (“The Silver Linings Playbook,” “Frank or Francis”) sections feature indie films working their way through production and release, but these projects rarely invite the same kind of obsessive interest and feedback from fans that could be useful to filmmakers, producers and marketing execs.

Bauckhage said the basic function of Moviepilot is just as useful — if not more useful — for low-budget filmmakers with little money for marketing and distribution. Since those filmmakers have to spend very wisely, he says, the data they could field from Moviepilot could “help do the distribution work for you.” Getting the audience engaged and involved early is essential for any film’s success. “That’s universal from an ‘Avengers’-size movie to French arthouse movies,” says Bauckhage.

Though meetings with U.S. indie producers and specialty divisions have been few so far, Bauckhage speculates that Moviepilot’s first, studio-based phase can give way to more indie focus by the end of the year. Since the site’s basic functionality will already be in place, it will be a question of scaling the process down for indie films, something Bauckhage says fans with eclectic tastes will help along as they populate the studio offerings and then look to engage at other levels. He says they are considering a kind of Wiki model for indie filmmakers to utilize.

The company was founded in 2007 in Germany, where Bauckhage, an independent film producer, says productions big and small use the service. The global version launched in October 2011, and the company now has a London office. An L.A. outpost is scheduled to open later this year. Venture capital firm DFJ Esprit ponied up the new $7 million, joining investments from T-Venture, Grazia Equity and VC Fund Creative Industries Berlin in Moviepilot.

This Article is related to: Toolkit and tagged Moviepilot.com