Paramount Pictures, Then and Now 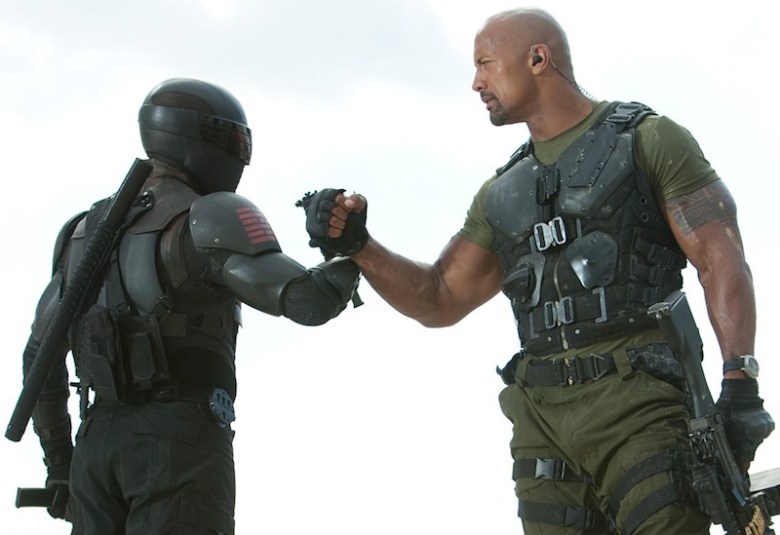 As a young(ish) cinephile, it can get pretty tiresome hearing how Hollywood doesn’t make ’em like they used to. Mix hindsight, historical perspective, and a dash of nostalgia, and you have a recipe for excessive adulation. If you believe everything you read, then the cinema is in a perpetual state of decay, and the movies released this year are worse than the ones from last year, which were worse than the ones from the year before. That would mean that the movies haven’t been really good since 1897. Which is kind of insane.

Still, you won’t find much more discouraging evidence that Hollywood is on the decline than the juxtaposition presented by two articles published online in the last 24 hours about two very different times in the life of one movie studio: Paramount Pictures. At Deadline, Nikki Finke digs deeper into Paramount’s last minute decision to push “G.I. Joe: Retaliation” from this coming June to next March, allegedly because they wanted to convert the film to 3-D in order to maximize foreign grosses and they needed the time to do a “conscientious” conversion. If you believe that one I have some swampland in Florida that’s owned by Zartan that you might be interested in.

While the desire to add 3-D was certainly a factor, Finke reveals that the bigger problem was the film’s “mediocre to bad” test scores. The film originally — SPOILERS FOR A VERSION OF “G.I. JOE: RETALIATION” THAT WILL LIKELY NEVER SEE THE LIGHT OF DAY — killed off Channing Tatum’s Duke to clear the way for The Rock’s Roadblock to take over the franchise. But after “The Vow” and “21 Jump Street,” Tatum’s on a hot streak, and test audiences were apparently disappointed he showed up just to get whacked. So while the film gets its conscientious 3-D upgrade, it’ll also get some fastidious reshoots as well. So you’ve got a sequel to a movie based on a toy line that turned out so badly the studio put it off for almost a year to send the thing back for more work, the way you’d do an extra round of beta testing on a buggy new laptop. A similar article at The Hollywood Reporter pours a little extra salt in the wound, calling Paramount “impossible to do business with” because “they spend less money on movies than anybody” and “they develop fewer movies than anybody.”

Oh how the mighty have fallen from that majestic corporate logo mountain. It wasn’t always like this, as evidenced by Scott Foundas’ piece in The Village Voice about a screening series in Los Angeles celebrating Paramount’s “peak” in the 1970s. That Paramount, it seems, was a very different place.

“It was easier to get away with things. In the case of ‘Paper Moon,’ [former Paramount Vice President Peter] Bart says he can’t recall a single internal discussion over how director Peter Bogdanovich should shoot his lyrical, Depression-era father-daughter con artist drama. ‘I never told anybody in distribution or advertising or anywhere that it was going to be in black-and-white because I thought someone would throw a monkey wrench into it,’ he says. ‘No one knew except Evans and me. And that’s how good pictures get made. At a studio today, can you imagine how many meetings would have taken place to discuss whether we should make ‘Paper Moon’ and who should be in it? The only conflict I remember is that my oldest daughter used to play with [Oscar-winning ‘Paper Moon’ star] Tatum O’Neal, and she didn’t like her. So she called a meeting about that.”

Hm. Maybe what happened with “Retaliation” was a similar miscommunication. Maybe the executives thought the movie was being shot in 3-D the whole time because the Vice President of Production didn’t tell anyone that it wasn’t out of fear someone would demand reshoots. Or then again, maybe they really don’t make them like they used to. I guess we really won’t know for another 100 years, when we find out whether “G.I. Joe 2” makes the cut for the screening series celebrating two centuries of Paramount Pictures.

Read more of “Big Problems Behind ‘G.I. Joe 2”s Big Delay” and “On Its Centennial, Paramount Pictures Celebrates Its Peak.”