The Depressing Commentary on Stardom in 'Smash' 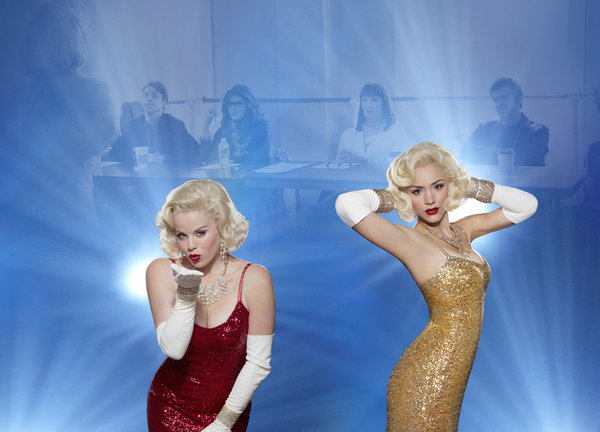 From the beginning, NBC’s “Smash” has set itself up as a show about dichotomy, not just with its two actresses vying for the same lead role, newcomer Karen (Katharine McPhee) and experienced chorus girl Ivy (Megan Hilty), but with its very theme and format. It wants to focus on process, to showcase the effort, rehearsing and fund-gathering that goes into making a Broadway musical, but it also wants to be about backstage conniving and romantic melodramatics.

It aims to be a semi-realistic look behind the scenes of the business that is show, but also to be out there in the audience happily basking in a heightened song-and-dance number. And it tries to offer two different ideas about stardom, about whether stars are born or made, via Karen and Ivy and via Marilyn Monroe, the subject of “Bombshell,” the musical that they and the other characters of “Smash” are hoping to make into a hit.

The series hasn’t balanced any of these elements well post-pilot, but it’s the last aspect that’s been its major setback and, unintentionally, its most profound meta-commentary about contemporary celebrity. Stardom is comprised of raw talent and/or beauty, training, luck and, and “Smash” is wont to remind us, something else, something ineffable, a quality that you recognize even if it can’t be quantified. And over its season, “Smash” has insisted, again and again, that Karen, the doe-eyed ingenue from Iowa, embodies that quality despite her inexperience — that’s she’s destined to become a star. 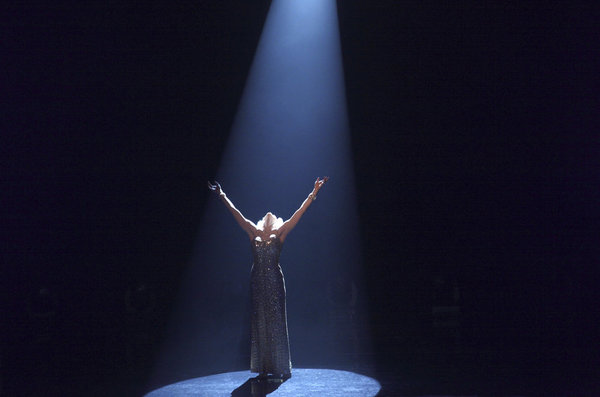 Unfortunately, Karen’s a limp dishrag of a presence on screen, a gullible moppet who’s always been mistreated because people resent her or want to use her for her talents. McPhee’s a pretty girl with a pretty voice, but she has nothing of the sort of gravitational pull to her that would justify the breaks she’s given and the way others in the show react when she’s on stage, like a beam of light has suddenly shone from the heavens.

Ivy and Hilty are simply more interesting, more complicated and more vital, an issue the show tried to tackle by having Ivy act ever more irrational and evil as events progressed, ending with what was either an act of genuine despair or even more impressive one of attention-seeking passive aggression. By always assuming that your sympathies are with Karen, and that fate is on her side, “Smash” is filled with a strange sense of resignation — why try? There’s no way to earn your way into the spotlight — some people are just born with it, baby, or as Derek tells Ivy with the brutality that only a creative egomaniac can summon for his sort-of girlfriend, “She just has something that you don’t.”

There’s no denying that some people have that essence that just makes them watchable — Monroe, maybe more than any other actress, had it, was luminous on screen for reasons beyond just looks. But in trying to tell a story about that “it” factor, “Smash” actually ends up being about another aspect of stardom entirely, one that’s about the people dictating it rather than about who’s on screen. McPhee conveniently came into the spotlight thanks to “American Idol,” a show that owes its success not as much to the talent it has showcased as to its voting process, which allows the audience to be the one in charge, invited them to invest in the competitors and also making them the unspoken stars of the show — the audience is allowed to insist that someone is deserving of fame, even if that time in the spotlight is brief. 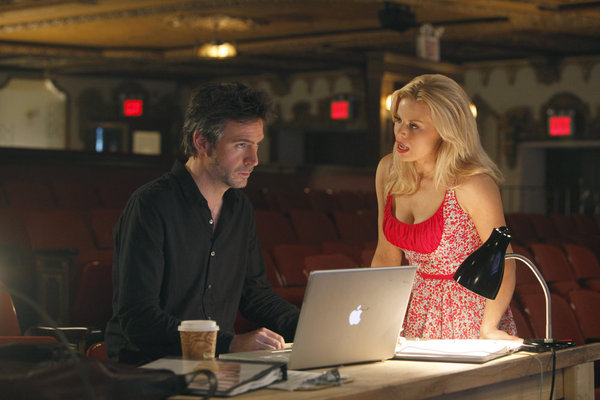 In the same way, Karen’s ending up in the “Bombshell” lead role in the finale is all about Derek, about his genius in being able to see these qualities in her and being able to overrule everyone who disagrees. “Whatever happens next, don’t ever doubt… you’re a star,” he tells her, and it becomes something he makes true through his own force of will rather than anything organic. It’s a parallel to what the show’s been doing the whole season, foisting a character on the viewers and insisting that despite how they might actually feel, that she’s the one to love.

It’s no coincidence that Uma Thurman’s guest arc as movie star Rebecca Duvall, the singing talent-free but famous A-lister brought in to give “Bombshell” some oomph, gave “Smash” a brief jolt of life. She represented what even the show was willing to allow an injustice — that someone without any particular gift for the stage could waltz in to the most covetable role based on her preexisting celebrity and draw. She didn’t deserve it, but (until her inevitable exit) she was going to get the part anyway, because that’s the way the pragmatic, calculating way the showbiz world can and often does work. For once “Smash” felt like it was being honest. Well, until it circled back where it started and tried to have us once again rooting for Karen to pick herself up off the floor and take to the stage like she apparently deserved.

Here’s hoping in the next season “reboot” mentioned by star Christian Borle, who plays Tom, in his interview with the LA Times, “Smash” can let both Karen and Ivy be more than just saint and villain, and can stop trying to force our affection for a character who’s yet to really earn it.

This Article is related to: Television and tagged NBC, Smash, Television, TV Features