"This is a 13-hour independent movie": Eli Roth and Brian McGreevy Talk 'Hemlock Grove' on KCRW 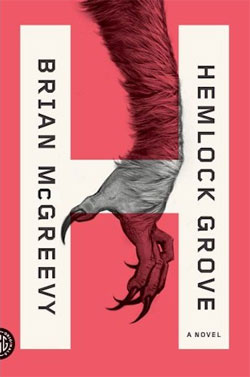 “Hostel” director Eli Roth took to KCRW for a really interesting episode of “The Business” in which he and writer Brian McGreevy talked about their upcoming Netflix horror series “Hemlock Grove.” The 13-episode gothic mystery is one of Netflix’s recent high-profile ventures into original programming. In addition to working on the show, McGreevy wrote the novel on which the show is based, which came out on March 27th. Roth is executive producing and will helm the pilot and, schedule permitting, the last two episodes, which will be the first things he’s directed that he didn’t also write. You can listen to the complete radio show online, and below are a few of the most intriguing highlights from the interview.

Roth and McGreevy were adamant about this being a new form — since “Hemlock Grove” will go up on the site all at once, they haven’t approached it in the same way that they would a show that would be released in weekly installments. “We saw Netflix as a new medium,” Roth explained. “If people want to watch the whole thing straight through they can. And to us that was so exciting because modern people watch things on their iPad, they’re watching things at home. They’re not sitting waiting for 9 o’clock Thursday night, they’re DVRing everything and watching when they have time.”

“The idea here is that this is a 13-hour independent movie,” said McGreevy. “The tradition in the network model is the procedural, something where you can shuffle the deck, pull out any individual episode and watch it out of sequence, because their profits are coming primarily from syndication. With Netflix, they see that in this century that’s not actually how people prefer to consume content. They ‘binge watch.’ That completely changes how you’re approaching the architecture of the season, because you’re designing the entire run to work as a coherent unit.” 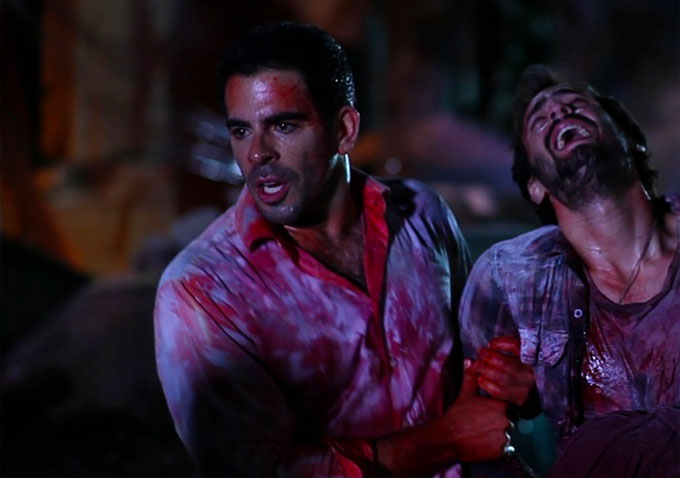 This Won’t Be Like “Twilight,” Except When It Is

Any short description of “Hemlock Grove” apparently makes it sound like “Twilight,” though Roth said that it’s more like “Twin Peaks,” set in a “former steel town in Pennsylvania where biotech has risen from the ashes and this strange facility has taken over the town.” It’s also “rooted in monster mythology, the roots of all the modern day tales we know about werewolves and vampires and Frankenstein.”

McGreevy started writing the book before the current YA paranormal craze took off, and noted that “if you look sheerly at a plot and character level, there are some weird parallels between the way Stephenie Meyer approaches this kind of storytelling and the way I do — with the major exception that I’m way more interested in seeing teenagers actually have sex.” As Roth continued, “He’s writing it for adults. All the ‘Twilight’ fans, they’re going to graduate. They’re going to be in college and they’re going to want something that’s tailored to college.”

Pitching Netflix is apparently very different from the typical network. McGreevy compared it to sabermetrics: “They hit a button and they can vector this and this and make decisions. I’m not saying that this is a miracle or that they can predict the future, but it’s less about the whims of someone at the moment and whether or not the executive is having acid reflux when you’re pitching.”

“They have exact data on everything,” added Roth. “They know exactly how many people have rented my films, how many people watch horror movies, how many people watch murder television show mysteries… I had a very high rating for Netflix, so they were really happy to have me on board. It really feels like Twitter, except with movies. It’s incredible.” For Netflix, it was also a process of selling a season of a show rather than a pilot. “It’s all or nothing,” Roth said, which was a plus, because McGreevy already has three novels mapped out and “so we knew where the major macro arc of the story was going.”

There Will Be Sex and Violence

“We never realistically considered pitching it to networks,” McGreevy noted. “Thematically speaking, we wanted to keep some of the more intense material — the book itself has its moments, and when you have Eli Roth, who’s a major creative collaborator in this project, you’re not going for the PG-13 take.” He went on explain that they’re working with the French studio Gaumont and wanted to maintain “a very European sensibility in the storytelling,” to have a “much more adult approach to the violence and sexuality.”

Later, Roth added, “We get to have as much violence as is necessary, language, nudity — whatever best serves the story, we can do it. It finally feels like, for me, the medium is at a place where it’s so exciting that I can come in and really do my thing.”