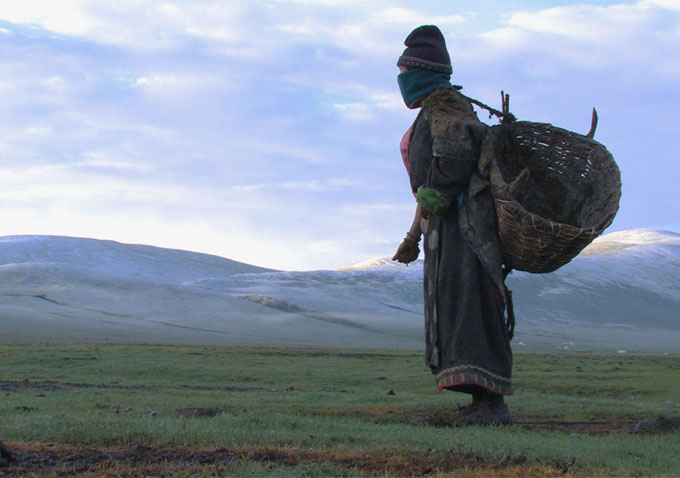 Long-running PBS documentary series Independent Lens and POV are moving to Monday nights at 10pm, the network announced today, a timeslot that will start October 29 with the fall return of Independent Lens.

It’s a welcome announcement for the nonfiction film community as well as their fans — Independent Lens suffered a major ratings plunge when it was moved from Tuesdays to Thursdays this season, a night that wasn’t just more competitive, it was also one traditionally left for local programming, resulting in many stations either pushing the series out of prime time or to another evening entirely.

This shift to Monday nights follows some significant outcry from the documentary community — Chicago’s Kartemquin Films led the charge with a petition that was signed by everyone from Alex Gibney to Wendy Levy, and a Twitter campaign brought more attention to the issue, prompting PBS to announce they were reconsidering the move.

Monday nights should provide a more stable home for these series, according to John Wilson, PBS’ senior VP and chief TV programming executive, “We wanted to have a place where we could have consistent placement in the schedule and hit as good a lead-in as possible that we could offer. Monday nights at 10pm seem to fill the bill. it’s proven to be a popular night on PBS’s schedule specifically. It’s generally one of the highest HUT [households using television] levels of the week, for all of television. And we’ve got a consistent opportunity there at 10 o’clock.” 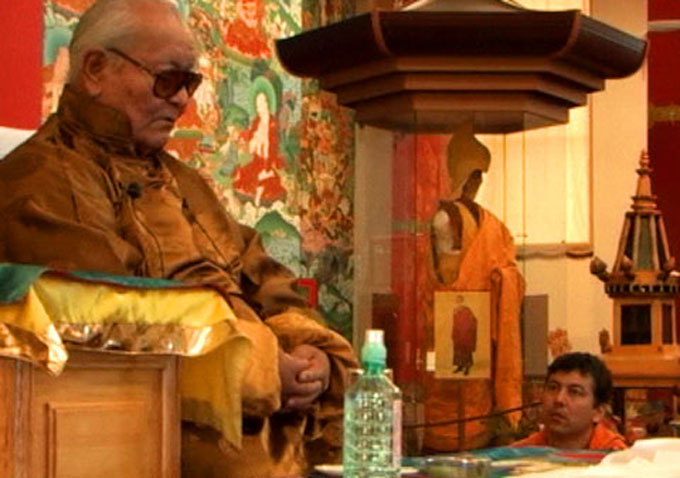 As to whether the programs would face the same problems of inconsistent scheduling as they’re struggling with own, Wilson said, “That’s work we’re going to turn our attention to now, but the fact of the matter is Monday nights are a night in the schedule where we’ve enjoyed very strong carriage with nationally scheduled programs in the past. So we feel like we’re starting in a stronger place with regard to that.”

Monday will move the doc series away from their old Tuesday night lead-in, the popular “Frontline,” and place it after a new series called “Market Warriors,” a companion to “Antiques Roadshow.” The programs have less in common with the films shown on Independent Lens and POV, but Wilson notes “Antiques Roadshow” “has been a very popular series on our schedule for some time and has attracted a broad and diverse audience — fingers crosses, ‘Market Warriors’ will too. The hope is that ‘Antiques Roadshow’ and ‘Market Warriors’ will provide a very strong first two hours of prime time and hand that audience off to independent film at 10 o’clock.”

When the petition and Twitter campaign began, said Wilson, “We were at work as a group — PBS, Independent Lens and POV — on plans for what a new schedule might look like, what things could we do.”

For him, the efforts “just underscored the passion and dedication of the independent film community — how much they care, how much they’re paying attention, how important this is to them.”

Cynthia López, POV’s executive VP and co-executive producer, agreed on PBS’s importance as a platform for film. “We believe that independent filmmakers see PBS as the place to distribute their films, particularly when they have mission-driven programming that they want to garner specific broad audiences for. Last year alone, PBS distributed over 120 independent productions.”

She says that good things have come out of the problems that have accompanied this year’s scheduling issues. “We’ve used this as an opportunity to figure out how best to work together moving forward, so that has been very positive.”

In addition to the Monday night broadcasts, PBS is planning a multiplatform film festival for mid-2013, which would showcase programming from both Independent Lens and POV.

“We’re going to work together to create a really high-impact line-up of films that we can place in the schedule,” said Wilson, “and once the audience is there to create opportunities for local stations to connect their community to this national effort and provide lots of opportunities to drive viewers to and from new media components.”

Check out the full press release from PBS on the next page:

ARLINGTON, VA, May 9, 2012 – PBS, ITVS and POV today announced a new strategy to bolster the mission-focused, independently produced content centered largely around its landmark series POV and Independent Lens, which together provide a year-round broadcast footprint for independent filmmakers on public television. Both series will air in a new timeslot on Monday nights at 10:00 pm starting this fall with the premiere of Independent Lens on October 29.

“The Monday night schedule gives us an opportunity to drive new and larger audiences on-air and online to the diverse and innovative content that independents bring to PBS,” said Paula Kerger, president and CEO of PBS.

In addition to the regular Monday night broadcasts of both series (Independent Lens October through June, and POV June through October), PBS plans to develop a multiplatform film festival for mid-2013, which would showcase independent programs from both series during several weeks of broadcast presentations that would connect TV audiences with online and mobile content, and digital users, who are often younger and more diverse, with opportunities to participate locally with their public television stations.

The digital component of the multiplatform film festival builds on a recent PBS online film festival that drew from independent content providers and attracted more than 300,000 viewers on YouTube and the PBS.org website. “The online film festival is only one example of how we can extend the reach of these important programs through efforts that go beyond broadcast,” added Kerger.

“We are thrilled with PBS’s decision to move the programs to Mondays as part of an overall strategy for independent programs,” said Simon Kilmurry, Executive Director of POV. “Filmmakers and viewers will benefit from a public television experience that fully embraces the power and impact of independent documentaries.”

“By broadcasting indies’ mission-focused stories on Monday nights, we hope that more PBS viewers will have the opportunity to engage in the community and educational activities that independent films inspire,” said Sally Jo Fifer, president and CEO of ITVS, which produces Independent Lens. “We also bring the diverse communities reflected in and served by indies’ work home to PBS and support the core mission of public broadcasting.”

Gordon Quinn of Kartemquin films, one of the nation’s leading independent production houses, said, “We are happy that PBS has chosen this exciting way forward and we stand ready to support the new strategy and PBS in every way we can.”

PBS, with its nearly 360 member stations, offers all Americans the opportunity to explore new ideas and new worlds through television and online content. Each month, PBS reaches nearly 123 million people through television and more than 21 million people online, inviting them to experience the worlds of science, history, nature and public affairs; to hear diverse viewpoints; and to take front row seats to world-class drama and performances. PBS’ broad array of programs has been consistently honored by the industry’s most coveted award competitions. Teachers of children from pre-K through 12th grade turn to PBS for digital content and services that help bring classroom lessons to life. PBS’ premier children’s TV programming and its website, pbskids.org, are parents’ and teachers’ most trusted partners in inspiring and nurturing curiosity and love of learning in children. More information about PBS is available at www.pbs.org, one of the leading dot-org websites on the Internet, or by following PBS on Twitter, Facebook or through our apps for mobile devices. Specific program information and updates for press are available at pbs.org/pressroom or by following PBS Pressroom on Twitter.

Produced by American Documentary, Inc. and celebrating its 25th season on PBS in 2012, the award-winning POV series is the longest-running showcase on American television to feature the work of today’s best independent documentary filmmakers. Airing June through October with primetime specials during the year, POV has brought more than 325 acclaimed documentaries to millions nationwide and has a Webby Award-winning online series, POV’s Borders. Since 1988, POV has pioneered the art of presentation and outreach using independent nonfiction media to build new communities in conversation about today’s most pressing social issues. Visit www.pbs.org/pov.

Independent Television Service funds, presents and promotes award-winning documentaries and dramas on public television, innovative new media projects on the Web, and the Emmy® Award-winning weekly series Independent Lens on Thursday nights at 10 PM on PBS. Mandated by Congress in 1988 and funded by the Corporation for Public Broadcasting, ITVS has brought more than 1,000 independently produced programs to date to American audiences. For more information about ITVS, visit itvs.org.