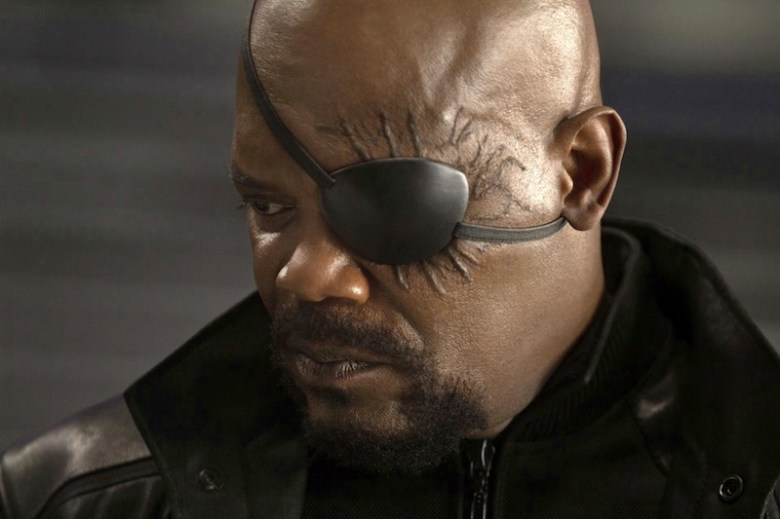 Before you take off for the weekend, head over to The New York Times and watch the new episode of “The Sweet Spot,” the web series hosted by Times critic A.O. Scott and media columnist David Carr that, for one week at least, is all about guys eating oranges while they argue about the nature and value of film criticism. Seriously, they’re eating oranges the whole time (I’m assuming it’s a “Godfather” reference). The video is not embeddable, so you’ll have to go to the Times‘ website to watch it.

Using the recent hubbub between Scott and Samuel L. Jackson as a jumping off point, Carr and Scott get into a good-natured but feisty argument about what the film critic does and why. My favorite little tidbit, though, comes from Times‘ visual art critic Roberta Smith, who uses her brief cameo to provide an interesting definition of criticism in the age of cultural democratization:

“Everybody who’s looking at art seriously — everyone’s always voting in one way or another. We all vote; my vote has a kind of immediacy and prominence for a while, but after a while it’s just another vote. Collectors vote, people who talk to each other in bars and recommend shows vote, people who tweet vote. It’s a mess. And that’s what makes it kind of amazing.”

Never heard arts criticism put quite that way before, but it’s a lovely interpretation of the job, especially in the current marketplace of ideas.

For his part, Scott himself dispels the myth that critics hate all popular entertainment, and seriously considers the possibility that he’s mellowed over time (then remembers how much he hated “The Lorax” a few months ago, calls it an abomination, and pretty much puts the kibosh on any further discussion of mellowing). At the very end of the episode he and Carr throw out this bleak, but tongue-in-cheek explanation of his job.

AOS: “Criticism is its own thing, it’s own taste.  And people who want it…
DC: “…who want someone to come and spoil their fun.”
AOS: “Yes, people who are masochistic and insecure, those are my people, that’s my constituency.  People who need their lives ruined.  I’m here for you.”

Obviously I like the idea that criticism is its own artform, connected to but still separate from the medium it critiques; that’s what this blog is all about. Is it really the domain of insecure masochists, though? Yeah, kind of. It takes a certain kind of self-loathing to wilfully submit yourself to the horrors of the “Zookeeper”s of the world — and an even more specific kind of self-loathing mixed with a desperate need for attention to submit yourself to the horrors of “Zookeeper” and then force your opinion of it onto the world. But I think there’s a bit of eternal optimism that needs to be mentioned in the mix as well. Though many people hold the misconception that the critic walks around expecting, and maybe even hoping to hate everything, generally the opposite is true. Actually, the critic is typically the most hopeful person in the theater. The only way to keep sane on this job is to convince yourself the next movie could be the best one you’ve ever seen.

Have a great weekend and we’ll see you on Monday for lots more Masochismwire.

This Article is related to: News and tagged A.O. Scott, David Carr