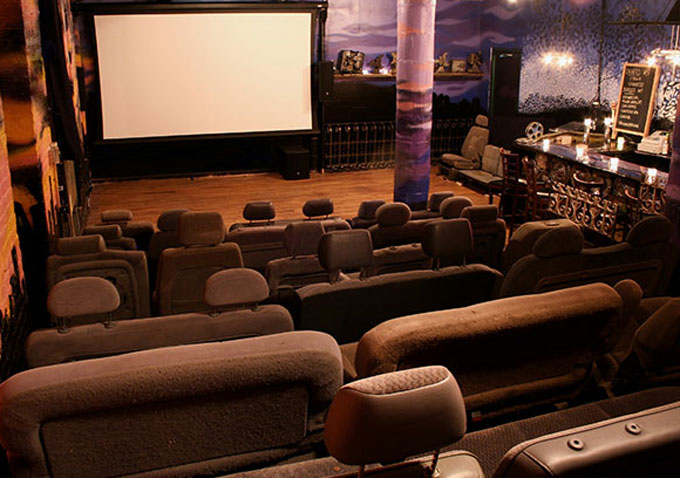 New York-based film journalist and programmer Aaron Hillis announced today in an email to friends and colleagues that he will be stepping down as curator for the reRun Gastropub Theater in Dumbo, Brooklyn. Hillis served as the inaugural curator for the theater, a 60-seat venue located in the back of the reBar Brooklyn Gastropub, since its initial launch in 2010. During that time, the theater’s programming mainly comprised of microbudget features from the festival circuit.

In his email, Hillis said that he will continue in his role as reRun’s curator for the rest of June, overseeing the New York premieres for Nacho Vigalondo’s “Extraterrestrial” this week and Nathan Adloff’s “Nate & Margaret” the following one. “Although my time with reRun has been exciting and fruitful, on the whole, there have been creative differences internally that now make it too difficult for me to contribute sufficiently to the role,” he wrote. He added that “the split is amicable” and said that owner Jason Stevens plans to temporarily close down the space following Hillis’ departure. He did not specify whether it would continue as a theatrical venue in the forseeable future.

Hillis will continue to manage the rental store Video Free Brooklyn he recently purchased in the Cobble Hill neighborhood as well as serve as the editor of the film blog GreenCine Daily.

His full email can be found below.

It is with some reluctance that I announce today that I’m stepping down as curator of the reRun Gastropub Theater. Although my time with reRun has been exciting and fruitful, on the whole, there have been creative differences internally that now make it too difficult for me to contribute sufficiently to the role. I will continue with my hosting duties for this Friday’s premiere of Nacho Vigalondo’s EXTRATERRESTRIAL, as well as the June 22 premiere of Nathan Adloff’s NATE & MARGARET, before exiting at the end of this month.

However, the split is amicable, and I am incredibly thankful for the opportunity that reBar/reRun owner Jason Stevens offered by hiring me two years ago. Since the summer of 2010, Jason and I have built something that New York City was sorely lacking: a theatrical venue where acclaimed independent films from the festival circuit, underseen and mostly undistributed, could flourish. Being able to garner reviews and other press for these undervalued features regularly breathed new life into them, and gave filmgoers the chance to actually see them in a fun environment… with a cocktail in one hand, a bag of bacon-fat popcorn in the other.

According to Jason, reRun will be temporarily shut down following the NATE & MARGARET theatrical run so that he may revamp the space for whatever its next incarnation will be.

Following my departure at reRun, I will continue to work as editor of GreenCine Daily and as a freelance critic/journalist for various outlets. The timing of this decision is uncanny, but coincidental: on June 1, my wife Jennifer and I took over a Cobble Hill video store called Video Free Brooklyn, which I had originally hoped would be a natural, cross-pollinating extension of the movie theater. While we work to renovate our new business for the neighborhood community, I will be pursuing curatorial prospects elsewhere. Hopefully, this won’t be my only chance to make a difference in the realm of film exhibition.