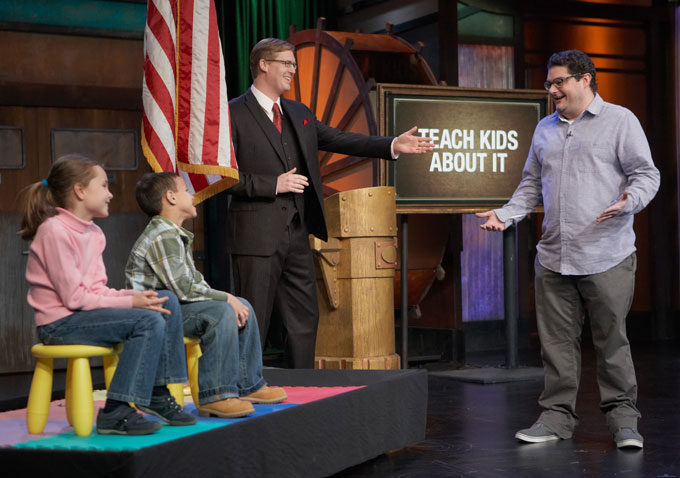 Improv comedy series “Bunk,” which premieres on IFC this Friday, June 8th at 10:30pm, is unique not only for its satirical game show set-up, in comedians compete in surreal challenges (e.g. “Shame That Puppy”). It’s also the first series to be greenlit out of the New York Television Festival, a landmark of the independent television movement.

Founded in 2005, the event is designed to offer a new path for pilots and talent to get exposure to networks outside of the usual pitch process. Indiewire chatted with “Bunk” host and co-creator Kurt Braunohler, who’s known for his stand-up as well as his work with Kristen Schaal (check out their infamous sketch “Kristen Schaal is a Horse”) about how his series because the first to take this route to the small screen.

To get acquired at a festival sounds more like an independent film path than one for a TV show.

It is an independent film path, if you reshot the film three times. [laughs]

The creators, Eric Bryant and Ethan T. Berlin, came up with this idea to do a parody of a game show. They asked me early in the development phase to get on board — they were like, why don’t you try hosting it? I did, in a bunch of live workshops that worked well. Ethan and Eric put up their own money and we shot a pilot on spec.

Were the other pilots you screened with at the festival primarily focused on comedy?

The only screening I saw was the one we were involved with, and that screening was considered “nonscripted television.” The majority of shows in that category were reality TV shows — some were supposed to be funny, but I don’t think there were any other straight-up comedies. I know a lot of comedians this year who are submitting pilots. I think this year is probably going to be a good year for comedy. A lot has to do with the fact that “Bunk” got picked up, and now this is possibly a viable way to make a TV show. That’s really important, because the way that TV is made is so often controlled and set within a very small circle of rotating cast members, and to open it up to this incredible weath of comedy is going to be a great thing for television.

Have you also gone the traditional pitch route with TV ideas?

How did the live workshops help shape “Bunk” into its broadcast form?

We applied the world of New York comedy scene — where there are seven shows a night where all the comedians in New York are always testing out material — we took that model and applied it to television. We were writing an enormous amount of challenges and jokes, then going out and testing them out on a live audience to figure out which worked the best. 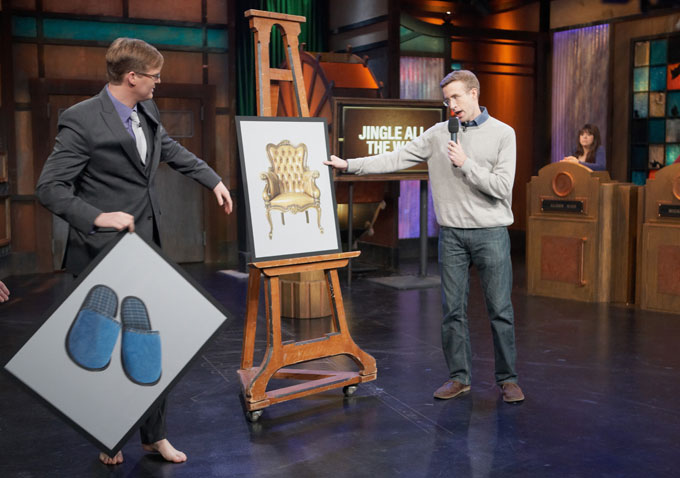 There’s no show like this one, at least in the United States — they have a few shows in the U.K. that are along the lines of a parody of a game show — but this is the first time something like this will be on television [here], so we wanted to figure out exactly what worked by going down to the small bars and the theaters and actually running the show. It really helped to fine-tune and figure out what was funniest about the weirder elements of the show.

Is the show completely improvised? How much prep are the contestants given ahead of time?

The contestants know the title of the game, but they don’t know any of the specific about what they’ll be shown or what I’ll throw at them during it. So they know the general concept of how the game works, just so there’s not a lot of explaining to them in the middle of the shooting, but everything else is just off the top of their heads. I’m riffing with them, trying to unpack whatever they said and find what’s the funniest thing about it.

Any non-parodic game shows or hosts that provided a particular inspiration for “Bunk”?

There was one thing that I did in the second pilot we shot that never actually made it to the series — the old host of the “Family Feud” [the late Richard Dawson], he was so overly affectionate with all of the female contestants. Even if they were young girls, he would kiss them full on the mouth — young girls to old women, he always kissed them full on the mouth and held them really tight while they competed. I wanted to use that, and so in one of the lightning rounds in the pilot we shot for IFC, I’m just holding the contestants in increasingly uncomfortable ways while they compete. [laughs] It really worked out well. We tried to do it for one of the other episodes and the magic wasn’t there, but I think we’re going to try to bring that back.