Kirby Dick On His Harrowing 'Invisible War': 'We were gonna make this film no matter what' 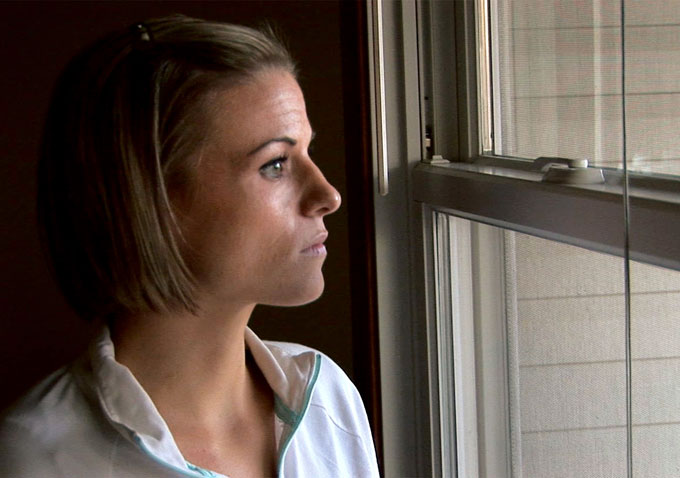 Ever since it premiered at the Sundance Film Festival earlier this year, Kirby Dick’s “The Invisible War” has been an absolute must-see on the festival circuit. Despite its considerably graphic and disturbing narrative — which details the shocking amount of sexual assault in the U.S. military — the film has managed to win over audience after audience, including those in Park City, where it picked up Sundance’s Audience Award, a prize usually reserved for lighter fare.

That’s a testament both to Dick’s direction and the film itself, which is meticulously edited and features brave and intimate interviews with dozens of victims — male and female — of both sexual assault while working in the military and the remarkable lack of justice that met the perpetrators afterward.

In 2010, 108,121 veterans screened positive for military sexual trauma, and 68,379 had at least one Veterans Health Administration outpatient visit for related conditions. The same year, the Department of Defense processed reports of 3,198 new assaults but estimated the actual number of assaults to be closer to 19,000. However, these reports only resulted in convictions against 244 perpetrators. 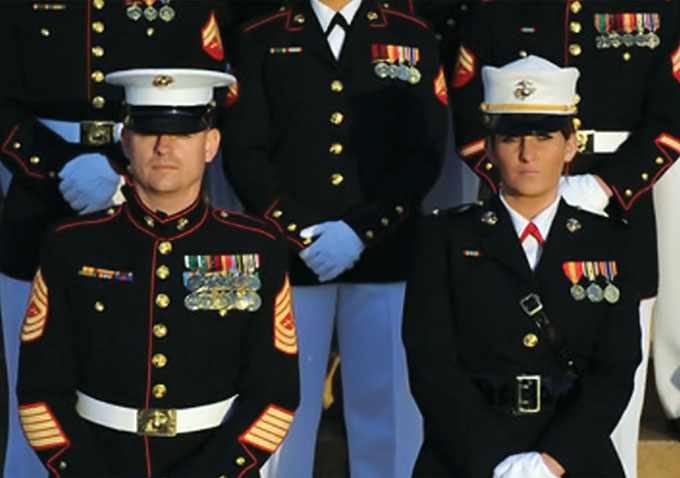 It’s an extraordinary issue that begs considerable policy change in the United States — and more awareness from the general public. This will hopefully be aided by the film’s theatrical release, which begins this Friday in New York, San Francisco, Los Angeles and DC.

Indiewire sat down with Kirby Dick at the Provincetown International Film Festival last weekend, where he discussed the process of making such an intense piece of work and the surprising response the military and other bodies of authority have already given since the film’s debut.

Where did you first come across all this? It’s truly a shocking situation and I suspect that, walking into the movie, most folks have no idea rape in the military goes on to this extent.

I read an article and was astounded by the numbers, and just assumed, well, there’s gotta be a film on it. So I looked around and realized that there was no feature made on this subject, so i just decided to do it. Initially it had two elements. There was this cover-up by this very powerful institution, and i thought a) it was important to get this story out and b) it makes for a dramatic element to be a film playing that role.

It was around the experiences and the traumas that these woman and men experienced not only when they were assaulted in the military but when they came forward and the military turned on them, so I knew the subjects themselves would be very compelling. From a filmmakers prospective, those two elements convinced me it could be a very powerful film. 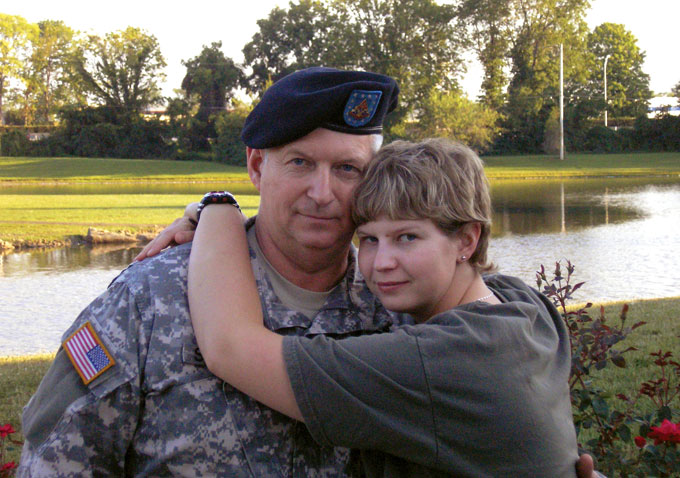 I was really impressed at how many people came forward.  They gave their names and intimately told their stories… It was incredibly brave.

It was, it was. And obviously the subjects are so important in carrying the film. So what I tried to do was to create as wide of a pool as possible and pick the best from there. They were very hard to find… I remember, the first time we found someone, telling my wife “Hey, we finally got someone who’ll talk.” In the end, I don’t even think we were interviewing them on camera, but we spoke to them, and I just remember saying, we’re gonna have a film, we got someone to talk.

How do you go about finding them? That must have been really challenging, at least at first.

Finding them was a challenge.  I reached out to every therapist that we could get ahold of who worked with the survivors of rape in the military.  Attorneys and victim advocates were very important to this too. And of course, the internet.  We’d search for conversations on Facebook or some comment thread regarding this issue, and every so often you’d see someone say, “I was in the military and I know what you’re talking about.” Then we’d contact them and see if they wanted to speak.  Amy [Ziering, the film’s producer] would get them on the phone and tell them we’re doing background research. 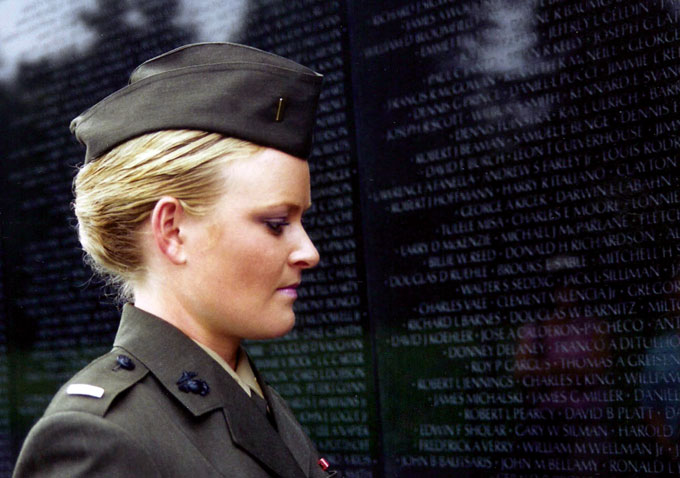 More often than not, these men and woman have been assaulted, and it would bocame an intake interview that often went on for an hour and even two hours of just hearing these very tragic tales. We built up quite a few, and when we had 20-25 we thought would be potentially good subjects, Amy and I took this trip cross-country interviewing these people. She would interview, and I would shoot.  These pre-interviews that we’d do were extremely affecting experiences for both us. There was no question in my mind after that trip that we were gonna make this film no matter what.

You clearly created very intimate environments for them. The subjects were very open and comfortable and often seemed proud to be part of this project.

Well, I think that’s a testament to Amy’s interview style. She has this quality of setting up this very safe environment for her subjects. At one point one of the subjects started crying, and she just got up and walked over there and hugged her and said “You’re safe, you’re safe, no one’s gonna hurt you.” Afterward, the subject said to her “No one has ever said that to me and no other therapist has ever treated me like that.” She had that quality, and at the same time was able to walk them through every step of the assault and the trauma that followed. It was critical to have those details in the film to really convey what’s going on, and i think she did a phenomenal job. We also work with really small crews who are very sensitive. It’s an intimate experience when i work with people. I like to keep things really small and casual. 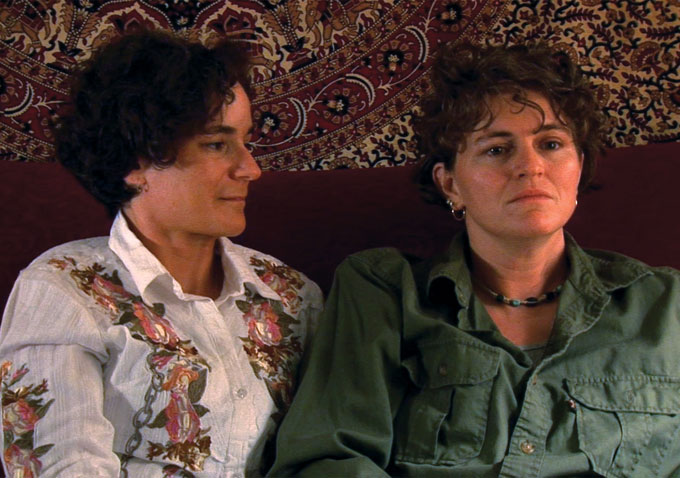 You’re uncovering some shocking truths about a very powerful organization.  Were you ever concerned about the risk of dealing with such powerful people and showing how devastating their behavior has been?

I was concerned, yeah, but you shred everything. I’ve always shredded everything since “This Film Is Not Yet Rated” [laughs].  But there’s never been any actual threat that I’ve experienced. When one goes into researching these sort of crimes — and institutions who have this reach — there is concern. We expected blowback after the film came out, and that hasn’t happened.

I think part of the reason is because the film doesn’t give them any position from which to move, because it’s unassailable. They can’t say it’s false or argue with it.  It’s also not anti-military, so they can’t dismiss us for just being this broadside against the military. As the public becomes more aware of it, they’re in a position where they can’t deny it at all because then they’ll look bad. It kept them in the crosshairs in a way, and i think that prevented blowback coming back to me.

I noticed an addition to the credits of the film since its Sundance premiere. In April, you showed the film to the Secretary of Defense Leon Panetta, which resulted in actual policy change almost immediately.  The decision to investigate and prosecute rapists has now risen in the chain of command, which is a good start in helping bring more justice to these situations. Were there other screenings of this sort? To Congress or the Pentagon? And how has that been organized and gone over? 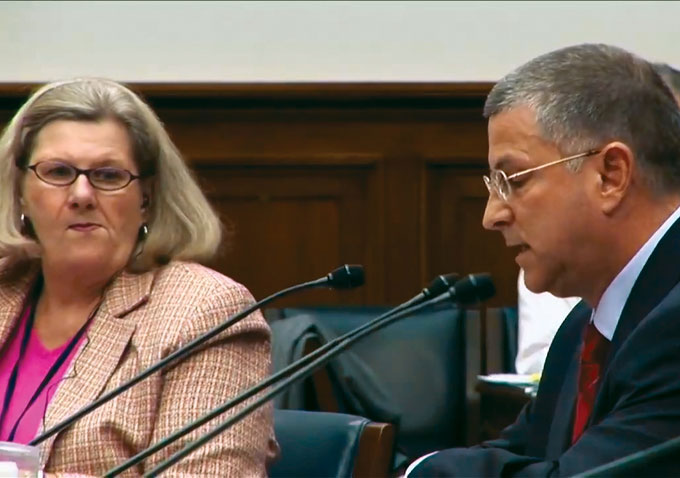 After Sundance we took this campaign to get it to policy makers in Congress, and particularly in the Pentagon. Not only directly to them, but even indirectly — to show it to retired officers and the wives of officers, and to show it to non-profits and corporate leaders who are interacting with the military. We had probably several dozen private screenings. Eventually it did get to the Secretary of Defense, who saw it and then a few days later actually changed policy.

Our executive producer, Jennifer Siebel Newsom — who’s married to Lieutenant Governor Gavin Newsom — told us something interesting later on. Jennifer, Gavin and Secretary of Defense Leon Panetta all know each other. Jennifer met Panetta at the White House Correspondence Dinner, and he told Jennifer that he was extremely moved by the film, and actually held a press conference in part to change policy because the film had such a strong impact on him. That was something that we were very pleased by… I had hope that the film would have that kind of impact but never thought it would happen so quickly.

Have their been other responses from the Pentagon?

After Panetta announced the changes, the Joint Chiefs of Staff at the Pentagon issued a statement in support of those as well, and then the President did.  The army in particular has an annual conference for all the people involved in sexual assault. About 500 people gathered together for an annual conference and the film was actually showed there. We got responses from people afterwards who are very interested in showing it, using it as a training tool. So the army has been particularly very responsive. 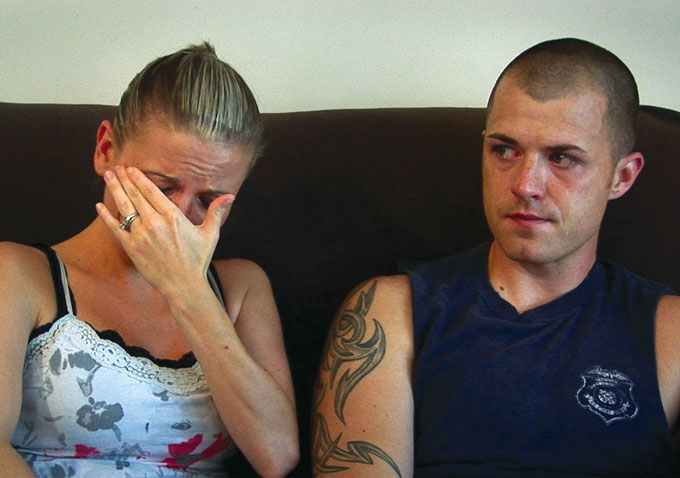 Well, that’s amazing, especially considering — as the film shows — that this has been going on for decades and nothing has really been changed, even though people have come forward over and over again.  The film opens theatrically this month. What’s your ideal hope for what this film facilities in terms of change?

Well, the changes Panetta announced are a good first step. But they don’t take the decision to investigate and prosecute out of the chain of command. They elevate it the level of Colonel, so they take it away from the unit commander.  That’s good, but until they take it out of the chain of command, there are just numerous opportunities for conflicts of interest and for justice to be denied. It has to be taken out.  This’s how it’s done with every justice system within this country. You don’t allow these conflict of interests to be at play, and the reason it’s done in other justice systems is because it works.

Most importantly, though, they need to go after these serial perpetrators. These men who are assaulting again and again. These are real enemies within the force, and they need to go after them with the same will that they fight a war. Until they do that, and until they say we have this very significant problem and that — as a force, as the military as a whole — we’re going to solve it, they won’t be putting these men before bars. If they do this, they’re sending the message that you will be caught and you will be put behind bars. If they don’t, these serial perpetrators know that the military isn’t that serious about it.

“The Invisible War” opens in New York, San Francisco, Los Angeles and DC this weekend before expanding across the country throughout the summer.

This Article is related to: Features and tagged Interviews, Kirby Dick, The Invisible War