Watch: A Preview of Louis C.K.'s Commentary From the 'Louie' Season Two DVD 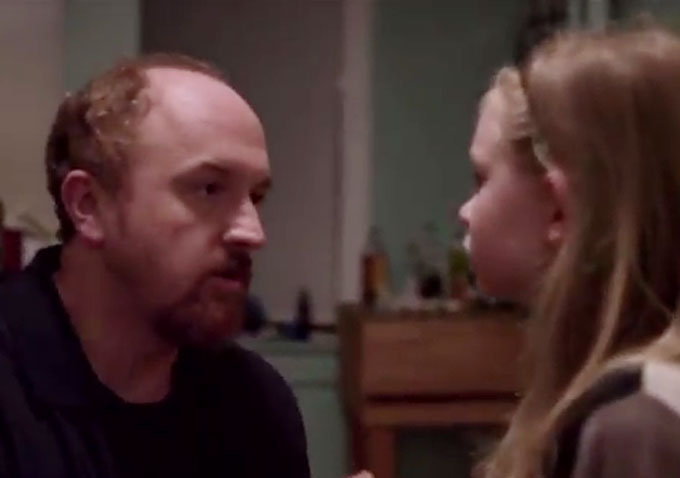 While Louis C.K.’s brilliant (you know it’s true) half-hour sorta-comedy “Louie” doesn’t return for its third season on FX until June 28th, season two of the series comes out on DVD next week on June 19th. Below is a preview of the comedian’s commentary track running over a scene from epiode one, “Pregnant,” in which his character tries to teach his daughter (played by Ursula Parker) about life’s inherent unfairness.

C.K. somehow writes, directs, edits and stars in every episode of “Louie,” which makes it as auteurist an effort as any film and also means his commentary is going to be particularly of interest in terms of process. Here he notes that “A lot of people ask me what’s scripted and what’s improvised. Nothing’s improvised — this is all planned, and I know it sounds like I’m saying that because I want credit for everything, but I do — because I write this bleep very carefully.” (Via Vulture.)