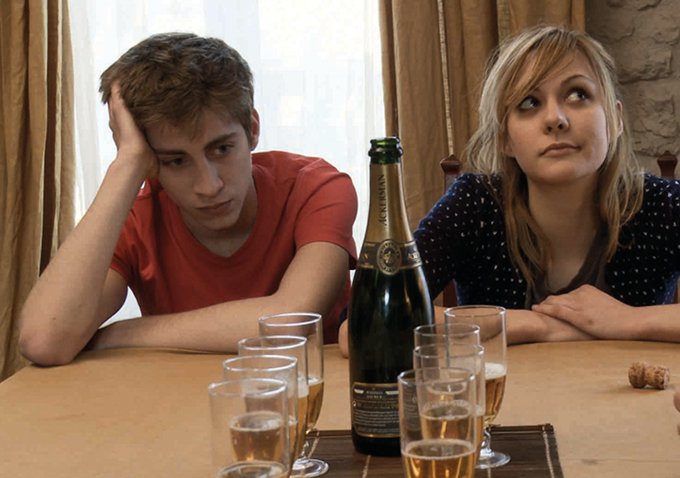 “Everybody’s fucking except for me and it’s driving me crazy,” moans pale-faced teen Romain (Mathias Melloul), the youngest member of a perpetually horny household in “Sexual Chronicles of a French Family,” and the movie makes it clear he has a point. From its frank title to its persistent barrage of nude encounters, Pascal Arnold and Jean-Marc Barr’s graphic portrait focuses on people defined in terms of their sexuality and little else. There’s an alluring poetic quality to this arrangement, an obvious attempt to draw out the emotional tenor of physical connections by foregrounding each character’s bedroom antics. The curious thing about “Sexual Chronicles of a French Family,” what makes it both narratively distinctive and something of a letdown, is that those antics have little to say beyond the first couple of energized thrusts.

Meanwhile, “Sexual Chronicles of a French Family” branches out to explore the sex lives of the other relatives, including Romain’s parents, his sister and his older brother, all of whom find extreme fulfillment with their partners — in the case of sibling Pierre (Nathan Duval), that includes threesomes. The endless barrage of sex scenes are never as graphic as they initially appear, with nimble camera moves and cautious mise-en-scene usually keeping the relevant genitalia just barely out of frame. Arnold and Barr’s concept-heavy story attempts to make a declarative statement on the healing power of free love a la John Cameron Mitchell’s “Shortbus,” but even when emphasizing the emotional textures of lovemaking in pure visual language, it strains to say anything profound.

Their approach is sometimes effective, frequently grating and ultimately unsuccessful, but not devoid of value. One standout sequence finds Romain’s grandfather (Yan Brian), a recent widower, visiting a prostitute and finding the catharsis he needs in the wake of significant loss. Deep, telling sadness registers on his face over the course of his sexual encounter, an achievement that highlights the demands of the performance.

Sadly, the old man’s plight forms only one of several chronicles, and it’s dwarfed by Romain’s continual dismay at his inability to enjoy his urges with a partner as the rest of his relatives constantly do. There’s an odd perversity to his parents’ sympathy for his feelings, the growing sense that they view his sexual maturity as the culmination of their parenting skills beyond all else. But that’s mainly because all else is absent from the picture.

A barrage of screwing with interludes does not yield a cohesive movie. Watching “Sexual Chronicles of a French Family,” the one-note idea grows increasingly evident, as does its absence of fresh ideas. If nothing else, the movie successfully downgrades typically exciting sex scenes to a place of relative mundanity. In doing so, however, an intriguing premise turns into a softcore distraction.

HOW WILL IT PLAY? Released by IFC Midnight on VOD and playing midnights this week at New York’s IFC Center, “Sexual Chronicles” will probably do solid business on cable due to its title and the description of its content. But mixed reviews and other factors will prevent it from any long-term business.

This Article is related to: Reviews and tagged IFC Midnight, Reviews