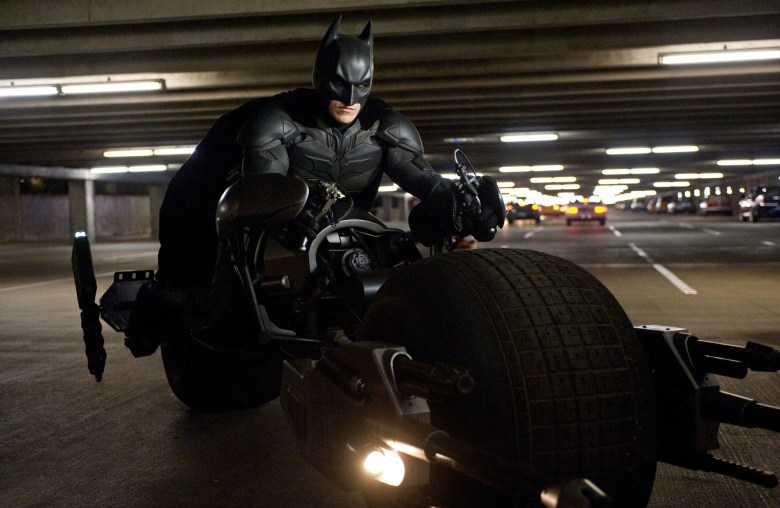 In light of the death threats and generally vile invective thrown at Marshall Fine and later Christy Lemire over their negative reviews of “The Dark Knight Rises,” film critic Eric D. Snider decided to perform a little experiment. On Monday, he posted a fake negative review of “TDKR” on Rotten Tomatoes, linked with a deliberately provocative excerpt: “‘The Dark Knight Rises’ is easily the most disappointing Batman film so far — and I’m including Schumacher’s ‘Batman & Robin’ in that statement.” If you clicked over to the full article, you were taken to a brief commentary about the lunacy of getting angry about a movie review, no matter how excited you are about its subject.

“I haven’t seen ‘The Dark Knight Rises’ yet. It’s probably very good! I just wanted to post a negative quote on Rotten Tomatoes and see how many idiots would type angry words at me without actually clicking the link to read the whole review. Given that Rotten Tomatoes commenters are the worst human beings on the planet, I suspect the number will be large.”

They were; over 100 comments in a matter of minutes, though a fair percentage, to the Rotten Tomatoes community’s credit, left positive feedback praising Snider’s prank. Rotten Tomatoes’ staff was less amused. They quickly tweeted an announcement that Snider “won’t be posting on our site again” then followed that up with an editorial by editor-in-chief Matt Atchity reiterating Rotten Tomatoes’ vow to ban users who make threats against critics and responding to Snider’s deception:

“He thought it would be funny to post a negative review link on Rotten Tomatoes that links to his own site. He misrepresented his review link. (In case you didn’t know, some critics post their own reviews, and my staff posts some — it’s about 50/50). By attributing the link to Film.com, he misrepresented that organization. This is not the first time he’s done this. In our opinion, by knowingly posting a link that isn’t a review (and he hadn’t seen the movie), Snider has abused our trust, and therefore, his reviews will no longer apply to the Tomatometer… If a critic doesn’t take their reputation seriously, then neither will we.”

As Atchity mentions, Snider pulled a near-identical stunt around “The Dark Knight” in 2008 — posting a similar fake review quote as another social experiment in commenter baiting. Pulling the same trick twice certainly exposed how little has changed about fandom’s dark side in the four years between Nolan’s films. It also made more work for an already overtaxed Rotten Tomatoes staff. I don’t think Snider was trying to show up Rotten Tomatoes — commenters were the butt of the joke and the site was merely the unwitting joke delivery device — but I can understand why they’re upset.

Even if Snider can still technically post reviews to Rotten Tomatoes, getting removed from the Tomatometer is just as effective as a total ban — if your reviews don’t count towards the aggregate score, they don’t show up when users search for films, and your readership shrinks significantly. Whether that punishment fits the crime, I’ll let you decide. Either way, it’s Atchity’s website to do with as he pleases; if you want to participate, you’ve got to play by the rules. That’s why it made sense when Rotten Tomatoes took the unprecedented step of temporarily shutting down all the comments on all their “The Dark Knight Rises” reviews on Monday night. It would have looked kind of strange if Snider got banned for exposing commenters’ blind rage while many of the commenters got to keep right on blindly raging. Everyone should have to play by the rules.

A day after Snider’s experiment and the subsequent blowback, this story took another ironic turn: Snider’s post on the madness of threatening a critic earned him his own death threat, which he later republished on Twitter. Clearly some people don’t care for Snider’s jokes. But these people are supposed to be Batman fans! What the hell happened to “Why so serious?”

This Article is related to: News and tagged Rotten Tomatoes, The Dark Knight Rises