REVIEW: Thanks to Zoe Kazan, 'Ruby Sparks' Is Not Your Average Whimsical Romance 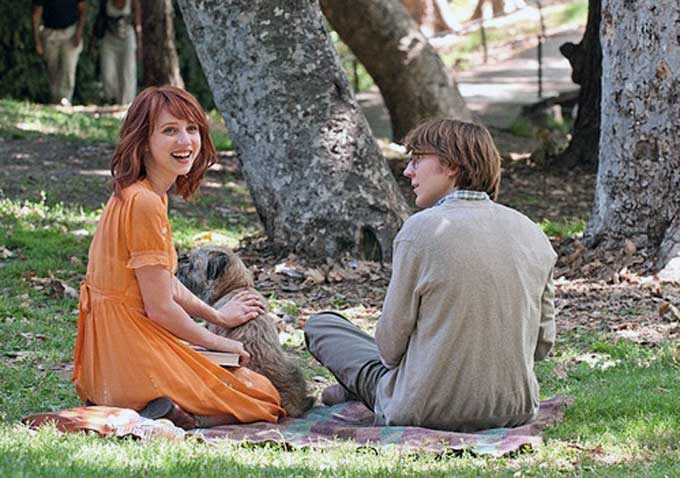 Since the late ’90s, the surreal plights of dreamy-eyed romantic loners have been unequivocally chronicled by filmmakers with hip cachet, like the prominently idolized Michel Gondry, Spike Jonze and Charlie Kaufman. With Zoe Kazan’s startlingly insightful debut screenplay for “Ruby Sparks,” in which she stars alongside longtime boyfriend Paul Dano, the actor-writer manages to inhabit this preexisting terrain while avoiding the temptation to exploit it.

Kazan’s whimsical romance, about a struggling young writer whose dream girl physically emerges from the pages of his novel, recaptures the possibilities of profundity initially offered by this curious subgenre. Aided by directors Jonathan Dayton and Valerie Faris (the team behind “Little Miss Sunshine”), Kazan has fun with a silly premise and smartly plays it straight when the occasion calls for it, while keeping the cutesy, fantastical extremes of the material at bay. It’s less fairy tale than shrewd exaggeration on the pratfalls of desire.

One may initially object to the world of “Ruby Sparks” simply because its solemn leading man uses a typewriter. What contemporary movie, pace everything in Woody Allen’s immutable output, can get away with such a glaring anachronism? “Ruby Sparks,” however, uses the antiquated prop to render its flighty high concept in material terms: When neurotic author Calvin (Dano) writes about the titular smiling young woman he sees in his dreams, he’s stunned to find that she not only comes to life but behaves entirely in accordance with whatever he writes. The typewriter has a mechanical quality that makes its status as a vessel for Calvin’s urges more immediately palpable than the artificial (or digital) associations a computer would bring. She’s not a piece of technology. The ink on Calvin’s pages is as real as Ruby Sparks and vica versa.

Before that happens, however, there’s not much ink flowing in Calvin’s life. Having found early success with a bestselling novel at 19, Calvin now subsists as a jaded twentysomething suffering from a serious case of writer’s block. When not rolling his eyes through public appearances and gazing at a blank page, Calvin prefers to babble to his sullen therapist (an enjoyably subdued Elliot Gould) about the girl of his dreams rather than figure out a plan for finishing his next tome. When the doctor suggests his patient write about her, Calvin finds himself at first terrified by the results and then besmitten with his organic creation. The dream, metaphorically and otherwise, can’t last forever — and so the initial arrival of Ruby in Calvin’s waking life provides a starting point for exploring his arrested development.

Dayton and Faris frame the scenario in breezy terms but keep its provocative ramifications in play, particularly once they reach a tragic extreme that forces Calvin to confront the psychological hangups at root of Ruby’s construction. With a more blatantly intellectual bent than the duo’s previous feature, the new movie fluidly cycles through a series of tones: Initially a kind of irreverent rom-com, it slowly turns introspective as Ruby’s personality begins to stray from Calvin’s original conception of her. Free will, narcissism and ego come into play — but almost entirely through plot development rather than on-the-nose pontification. 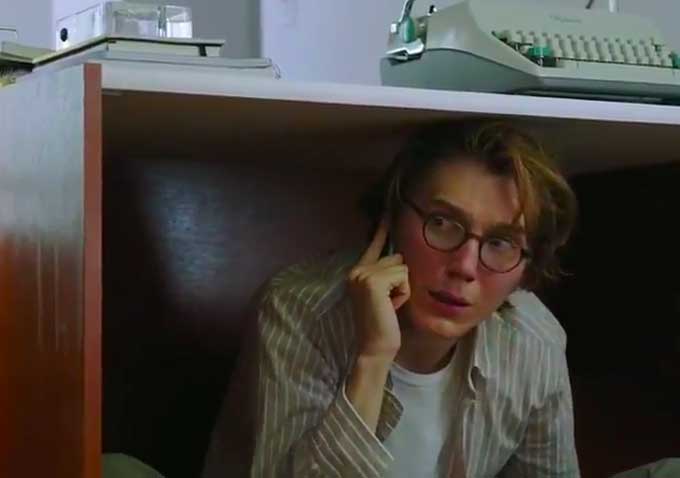 It’s easy enough to compare this love story, with its mind-twisting interplay of reality and dreams, to Gondry’s “Eternal Sunshine of the Spotless Mind.” Certainly fans of the earlier movie will respond to the blend of emotional intimacy and otherworldliness seen here. However, Kazan’s plot lacks the narrative loopiness of “Eternal Sunshine,” echoed much of Gondry’s oeuvre by bordering on the avant-garde.

“Ruby Sparks” remains connected to the real world, or at least the gulf between the real world and Calvin’s version of it, where he’s marooned for most of the movie. Kazan explores the possibilities of Calvin’s inexplicable power in near-scientific terms. As he continues to mess with her behavior by retooling his story — losing a battle against the moral obligation to let her simply exist — the story invites comparisons to no less than Mary Shelly’s “Frankenstein.”

Of course, this is a comedy-drama, not gothic horror, and it aims to entertain as often as it provokes. Dano’s lanky physicality works wonderfully to accentuate his odd misadventures; the moment he first wakes up to discover Ruby in his kitchen and sneaks around the house to avoid her has the charm of classic slapstick. “I’m having trouble wrapping my head around the reality of the situation,” he says, pointing out the disconnect at the movie’s core.

Kazan, meanwhile, has written material for herself that allows her to show plenty of range. She mocks the manic-pixie-dreamgirl cliché (to those who despise that phrase, I’m sorry, but it definitely applies here in the service of irony) that her wide-eyed hipster performances could invite if she chose the wrong project. Instead, with movies like “The Exploding Girl,” Kazan has shown cracks in that image. “Ruby Sparks” goes one step further by deconstructing it.

The rest of the cast mainly serves to prop up the mounting conundrums that Calvin and Ruby face. Chris Messina plays Calvin’s smirking brother, whose constant looks of disbelief once he learns of his Ruby’s origins provide a continuing sight gag. Annette Bening relishes the brief role as the sibling’s aging hippy mother, whose own relationship issues (she entered a carefree romance with an artist played by Antonio Banderas after her husband’s death) deepen the psychological wounds bearing down on Calvin.

Everyone in “Ruby Sparks” (including Calvin’s seedy mentor, a sleazy writer played by Steve Coogan) seems to operate in relation to the movie’s themes. They freely spout philosophical life lessons to an extent that risks undoing the overarching spell. Kazan’s screenplay approaches the brink of obviousness when a late confrontation reveals that, naturally, Calvin’s romantic ideal is little more than a mirror of himself. But the climax takes a boldly creepy turn when the two protagonists finally hash out their differences, proving that it is entirely possible to explore the delusions of romantic grandeur without drowning them in quirk.

Of course, the experience of watching Dano and Kazan onscreen forces viewers in the know to acknowledge a palpable chemistry informed by the actors’ real life connection. While “Ruby Sparks” is no document of their relationship, it surely attests to a healthy collaborative spirit. Despite taking the form of a cautionary tale about romance, then, the success of “Ruby Sparks” makes it a testament to the possibility that not every love story is a fantasy on the brink of destruction.

HOW WILL IT PLAY? Fox Searchlight releases “Ruby Sparks” around the country on Wednesday, the same slot it gave to “Beasts of the Southern Wild” earlier this year. It will likely draw young art house audiences as ideal summer counterprogramming and arrive at a solid if not stunning box office performance. Kazan’s screenplay could be fodder for awards season if the studio markets it right.