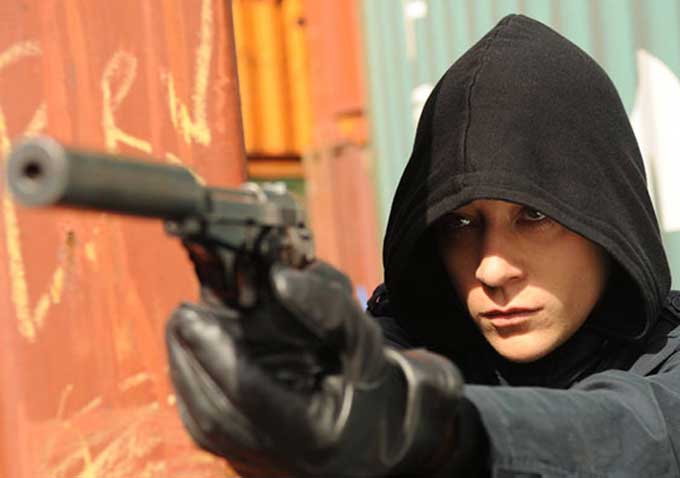 The UK series "Hit & Miss" makes its US debut on DirecTV's Audience Network tonight, July 11th at 10pm, but the satellite service provider has also put the series premiere up on YouTube as an enticement to switch to their service. (One that might be needed, given that thanks to a contract dispute failure with Viacom 26 of the company's channels were pulled last night at midnight.)

The six-episode drama stars Chloë Sevigny as a transsexual professional killer who learns she fathered a son [check out our thoughts on the series here]. The episode seems to have been put up intact — nudity, violence and all — so it requires you give YouTube your affirmation of being grown-up enough to watch it.