Critic's Notebook: Why 'Bourne Legacy' Isn't As Mature As It Thinks -- And What You Should See Instead 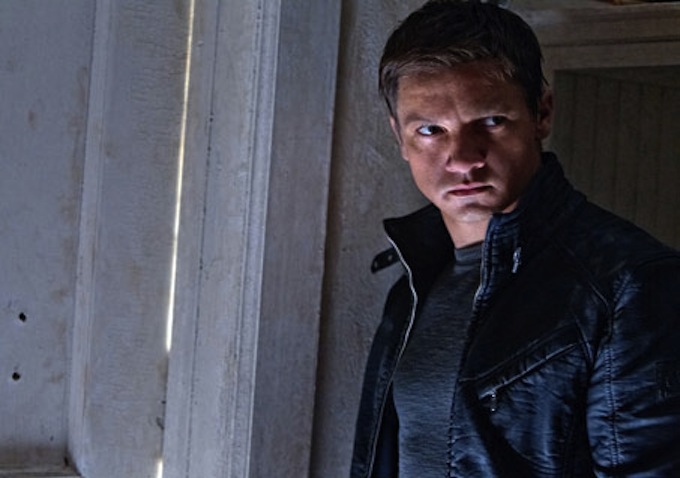 There’s a big difference between complex and confusing, but “The Bourne Legacy” confuses the latter for the former. Writer-director Tony Gilroy turns the original trilogy’s intricate labyrinth of agencies, conspiracies and identity crises into a miasma of mythology-betraying mysteries built around an increasingly meaningless series of buzzword-fortified revelations. Nevertheless a well-intentioned if wholly desperate attempt to extend the life of Universal’s successful series of “Bourne” films, “The Bourne Legacy” mostly succeeds at making so-called “adult” entertainment seem as dumb, pointless and needlessly complicated as the teen-oriented fare it purports to look down upon.

The plot of “Legacy” unfolds concurrent with the events of the first three “Bourne” films, whose own plot intricacies are too complicated to be described here — although at least they make sense, and they aren’t repetitive. Here, Outcome operative Aaron Cross (Jeremy Renner) discovers that he has been targeted for assassination after his superiors decide to scrap the program, including not just field agents but anyone who contributed or worked on it. When Dr. Marta Shearing (Rachel Weisz) survives a seemingly inexplicable killing rampage at the medical facility where she once administered treatment to Outcome operatives, Cross tracks her down in order to obtain more of the medication he takes to maintain his heightened abilities.

Unfortunately, Shearing doesn’t have what he needs, and without it, his abilities will precipitously degenerate. But when she informs him that she can administer a virus that may permanently rid him of the need to take medication, the duo makes a dangerous journey to the Philippines, even as Cross’ superior Eric Byer (Edward Norton) dispatches a team to eliminate both of them at any cost.

So it’s a familiar scenario. Lest audiences and especially critics forget, moviemaking is a business at least as much as it’s an art, and the studios have an understandable interest in keeping their coffers filled no matter how much acclaim their films receive come Oscar season. For example, although Universal competitor Warner Bros. has maintained some of the most consistent and fruitful director-studio relationships in film history, including longstanding partnerships with the likes of Stanley Kubrick and Clint Eastwood, it’s also the same distribution house scrambling to cement “Man of Steel” as its next great superhero series, and expanding “The Hobbit” from two films to three.

To relaunch a new iteration of “Bourne” isn’t just an idea ripe with artistic potential, especially with series writer Tony Gilroy at the helm; it’s literally good business. It’s also the sort of model that smaller production houses are using to build empires. Universal, Warner Bros. and Sony have all launched premiere direct-to-DVD labels which exist to produce the same kind of grindhouse fare that folks like Roger Corman and American International Pictures churned out in the 1960s and ‘70s. New Line’s “Undisputed III,” the third installment in a series whose original is all but completely forgotten, received raves after it played at Actionfest in 2011. And Jean-Claude Van Damme and Dolph Lundgren continue to breathe life into the “Universal Soldier” series, which flourishes on home video and quite frankly offers fans a great opportunity to see how much the two action stars have grown as actors.

But for audiences to accept this copy/imitation/knock-off of the thing they already poured their money into a few years prior, the filmmakers must maintain a delicate balance between novelty and homage. For example, although I like “The Matrix Reloaded” precisely because it offers a lot of philosophical mumbo-jumbo neatly wrapped in some totally freaking awesome action set pieces, there are others who think it’s too similar to the original “Matrix.” And while I’m not a huge fan of the two sequels to “Infernal Affairs,” it’s easy to admire the dexterity with which the filmmakers figure out a way to revisit a story with a clear beginning, middle and end and offer engaging adventure for characters and events whose outcomes we’ve already seen.

Unfortunately, the script for “The Bourne Legacy” feels less like a methodical relaunch or re-direction of the mythology of this hugely successful franchise than a series of ham-fisted excuses for why the main character is nothing like his predecessor. 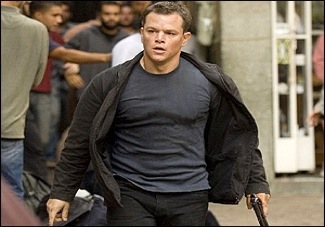 Jason Bourne, by all accounts, was a cold-blooded and highly-trained — but by all accounts fully human — killer who awoke one day in the body of a disillusioned amnesiac; Aaron Cross is a gregarious charmer who only incidentally happens to kill people for a living, and with abilities granted to him by daily ingestion of little blue and red pills. That writer-director Tony Gilroy abandons the core identity (no pun intended) of the protagonist of the series — a soulless, murderous automaton reconnecting with his humanity — is dispiriting enough. But Gilroy further betrays the complexity of Damon’s characterization of this world of black-ops killers by putting Cross only in defensive situations, and with one exception not showing anything from his history before he’s disowned by his superiors.

But the larger problem is that the “man on the run” scenario that Gilroy throws Cross into feels hackneyed and familiar, no matter how desperately he tries first to contextualize it in the events of the first three films, and then attempt to bury its exhausted clichés with unnecessary, overwrought “complications.” Although the groundwork for a rabbit-hole of shadowy government organizations was laid out in the first three films, the introduction of a new program — “Outcome” — instantly becomes comical, not the least of which because it seems to allow the filmmakers to have it both ways: to enjoy a tenuous link to “Legacy”‘s predecessors, and introduce an “original” umbrella group whose members can operate independent of the characters we’ve previously seen.

Either way, it certainly doesn’t help that the first hour of the film is one long montage that cuts back and forth between Cross’ adventures before he’s disavowed and flashbacks to what is “currently” happening with Treadstone and Blackbriar. Are we supposed to connect the two in some meaningful way, or simply be reminded of the government’s untrustworthiness and then move forward with Cross’s travails?

What’s more infuriating is that this isn’t deliberate mystery; Gilroy isn’t actively trying to lead the audience only to let them catch up later. He’s really attempting to explain the absurd tangential connection “Legacy” has to the previous “Bourne” films, so that when the “real” plot takes over, audiences can simply take the ride and follow along.

Meanwhile, the crosscutting feels like a desperate victory lap for the filmmaker’s past accomplishments; notwithstanding the fact that Gilroy seems more interested in what’s going on behind closed doors with Byer than on the run with Cross, he’s not merely drafting a blueprint for the mythology but reminding audiences how awesomely he once explored it. (This admittedly feels less deliberate than incidental — the failures of this film only highlight the strengths of the others.)

As much as Rachel Weisz has matured into an incredibly capable and versatile actress, she takes a great leap backward as the doctor whom Cross protects, recalling her work as the bookish characters she played in the “Mummy” films and the Keanu Reeves thriller “Chain Reaction.” While she convincingly plays a traumatized biologist, she exists for no other discernible purpose than to allow Renner to play Cross more sensitively, which subsequently gives his character no emotional journey, unless “oh man, people I used to work for are trying to kill me…that sucks” counts. 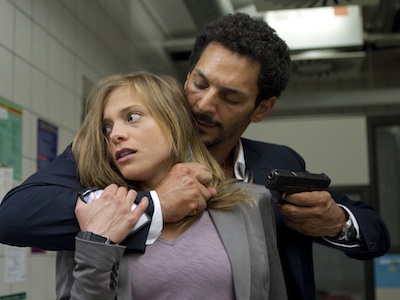 Although he’s initially frustrated by her ostrichlike obliviousness to the ramifications of Outcome, he’s essentially always tender with her, which (again) undermines the idea that he and his fellow operatives are cucumber-cool loners, much less that they’re loners in dire need of socialization/ the love of a good and patient companion. Regardless, no actress of her caliber should have to recite the kind of expository dialogue she’s given in the five-minute driving scene that takes place after Cross rescues her.

Renner, meanwhile, throws himself physically into the role of Aaron Cross, but never taps into anything that makes us truly sympathetic to him, except for the obvious identification with how much it sucks when people are trying to kill you. Seldom has a film made more of a case for prescription medication, but Cross’ entire motivation for protecting Shearing and taking the risks that he does is needing pills, or a pill substitute, so that he won’t devolve into an action-hero version of Algernon. The drama of whether or not a superhuman killing machine gets his meds is precisely as exciting as it sounds, but Renner isn’t to blame for the lackluster impact his character leaves.

The film’s set pieces are all well-executed but uninspiring, and only once feel remotely unsafe, when Weisz’s character tries to help fend off an attacker only to almost die because of it. But its dearth of visceral thrills feels all the more disappointing because of the stupidity heaped on top of it and presented as the same sort of adult-level complexity its predecessors possessed.

Meanwhile, the independent and international film industries seem more than capable of providing thrilling, thoughtful action vehicles. Sony Classics’ “The Raid: Redemption” knocked out audiences earlier this year with its dizzyingly elaborate fight choreography. “Sleepless Night,” which is set to be remade after enjoying a limited U.S. release in May, plays its audience like a Stradivarius by pitting our questionable sympathies for a crooked cop against the determination of a father who will stop at nothing to rescue his son. Even “Act of Valor,” which was largely dismissed as a shameless commercial for military recruitment, featured some great action sequences, and a plot that attempted to highlight the moral and philosophical (not to mention physical) ramifications of working for a government entity.

By comparison, “The Bourne Legacy” is a boring, crass and seemingly pointless franchise reboot.”The Bourne Identity” launched the series with the pretext that its main character had to come to terms with not just who but what he was before he lost his memory — in short, it was a character study. “Supremacy” had the boldness to wrap up its story with a quiet apology by focusing on genuine storytelling. And all three films had not just a cohesiveness of physical and intellectual concepts, but an appealingly reckless energy that tied the two together even when one or the other didn’t make much sense.

After the satisfying completion of that trilogy, this film’s tagline makes it feel like an afterthought tacked on for reasons less creative than commercial: “There was never just one,” reads the tagline. But if this is what constitutes a legitimate spinoff from the previous “Bourne” installments, then perhaps there should have been.